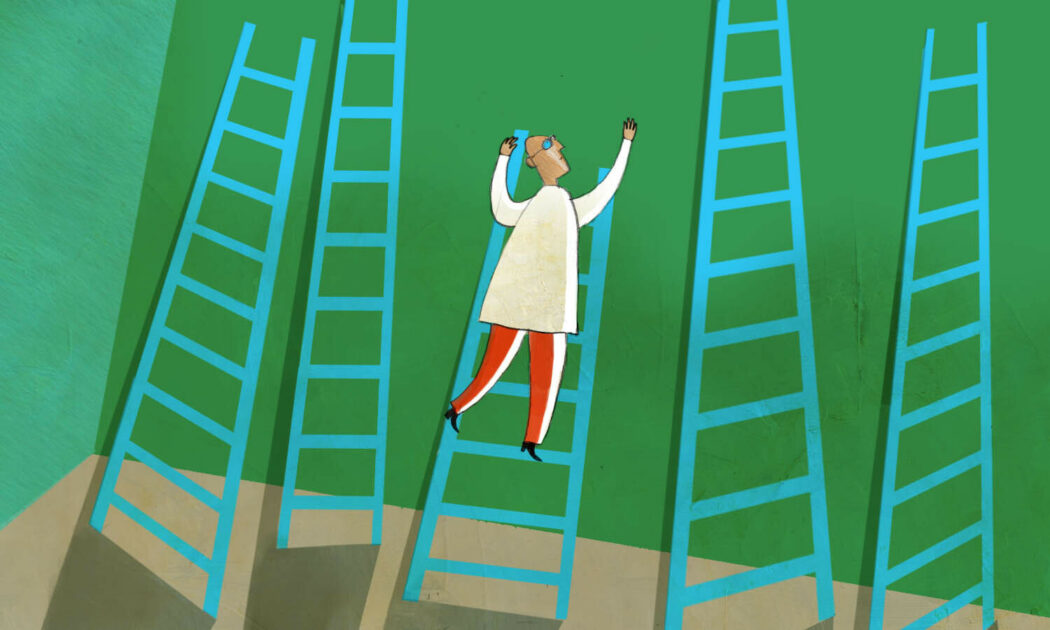 “Even among those who were the most privileged, they, too, had to stay home and follow certain rules,” says Nicole Stephens, a professor of management and organizations at the Kellogg School. “And so the pandemic was this leveling force that touched everybody, to some extent.”

Of course, hopes of a great equalizer were short-lived. It quickly became clear that the pandemic was taking a hugely disproportionate toll on communities of color, exacerbating wealth inequality, and pushing low-wage workers out of work far more than their higher-income counterparts.

So the pandemic didn’t actually reduce economic disparities. But Stephens, along with a team of collaborators, wondered if it might have shifted how Americans think about inequality and its causes. After all, the rich and poor alike had just witnessed a vast, uncontrollable force wreaking havoc on society and the economy. Did that make them more receptive to the idea that inequality can sometimes be out of an individual’s control? And if so, were they then more inclined to advocate for certain policies—namely, those that address structural causes of social and economic inequality?

Their findings suggest that the pandemic did make people more inclined to see inequality as a product of uncontrollable social factors—but only if they had personally suffered direct medical, financial, or psychological damage due to COVID.

“You have to be impacted before you care,” she says. “This suggests a fairly egocentric, selfish view of the factors that motivate people to care about social justice.”

How Americans Think About Inequality

Generally speaking, there are two ways people can understand the causes of inequality: either as a result of a person’s individual choices and actions, or as a result of contextual forces, such as the neighborhood in which a person grew up, their access to healthcare, or the quality of education they received.

And while Stephens says there are “hundreds of studies that show that structural and contextual forces play a major role,” some people tend to underestimate the powerful pull of these external forces in shaping life outcomes.

In particular, compared with people in other cultures, Americans tend to see individuals as more in-control of their destinies and to frame social or economic differences as consequences of individual choices. This understanding of inequality as rooted in personal choice is especially prominent among Americans from high-status groups, including those who are male, wealthy, or white.

The researchers suspected that the pandemic could put a major wrinkle in that worldview. “When people could no longer leave the house, seek medical care, spend the holidays with family, or send their kids to school, they witnessed the impact of this loss of personal freedom and choice firsthand. The pandemic was really taking away the sense of personal control that people are often able to create,” Stephens says.

The researchers wondered if the pandemic, which gave everyone a taste of what it was like to have one’s personal autonomy limited by an uncontrollable external force, could have a similar effect? In fact previous research had shown that greater exposure to inequality—by working in an underserved school, for example, or participating in a poverty simulation—can help people understand the external factors that make it difficult or impossible to move up in society.

To find out what impact COVID had on people’s thinking about inequality, the researchers put together a survey to take stock of participants’ experiences during COVID and their beliefs about inequality, and sent it to participants three times between May 2020 and May 2021. This allowed them to track how the pandemic was shaping the views of nearly 700 participants in real time.

Other questions explored whether participants supported pro-equity policies (like universal basic income or free COVID testing), whether they had taken any actions in support of those policies (such as contacting a public official or sharing posts on social media), and whether they believe that inequality is attributable to external factors (such as discrimination or low-quality schools).

How the Pandemic Reshaped Americans’ Views of and Advocacy for Inequality

The researchers found that the more personal harm a participant reported experiencing during the first wave of the survey, the was greater the chance that they had taken action to advocate for equality by the last wave.

Statistical methods indicated that this correlation was not simply due to underlying factors such as age, race, income, or political orientation, or to beliefs unrelated to the pandemic. Rather, the researchers found that this increase in advocacy could be explained, in part, by a changed understanding of inequality: those who experienced more harm had also grown more inclined to explain inequality as due to external forces rather than individual factors, like hard work.

At the same time, after controlling for other factors, those who experienced little personal harm were no more likely to engage in advocacy—nor to endorse structural explanations for economic or social disparities—than they had been at the start of the pandemic.

The findings suggested that the effects of COVID on Americans’ worldviews had been more nuanced than one might expect. “You could imagine a theory that everyone would change how they think about the causes of inequality because they see how powerful the pandemic is in shaping what’s possible for others,” Stephens says. “But that wasn’t the case.”

Stephens notes that this finding is consistent with prior research showing that people struggle to effectively take the perspectives of others.

“Because people like to imagine, ‘If I were in their shoes, here’s what I would’ve done differently,’” she explains. “And so, people tend to egocentrically impose their own perspective, which includes their own situation, their own context, their own resources, on other people. And when you’re not actually learning about what other people think and feel, that actually can backfire and lead to less empathy, less understanding, and more victim blaming.”

It is plausible that witnessing the suffering of others during COVID simply reinforced some people’s beliefs that they would have handled the same adversity better and are thus more deserving of advantages.

For those who see a more equal society as worth pursuing, there’s a glass-half-full take on the study’s findings: the pandemic seemed to have spurred support for policies that could help combat inequality, at least among a certain subset of Americans. While Stephens notes that this is by no means the only or most efficient way to shift people’s thinking about inequality, she says, “I think you could argue that this is a silver lining of a really catastrophic event like a pandemic.”