“Fatphobia” and “cisheterosexism” perpetuate “violence.” “Using the wrong pronouns” constitutes “abuse.” And “any words used to lower a person’s self-worth” are “Verbal Abuse.” Those are just a handful of the things the school told all undergraduate students in a mandatory Title IX training session, according to materials reviewed by the Washington Free Beacon.

The online training, which all undergraduates were required to complete in order to enroll in courses, includes a “Power and Control Wheel” to help students identify “harmful” conduct. Outside the wheel are attitudes that “contribute to an environment that perpetuates violence,” a voiceover from the training states, including “sizeism and fatphobia,” “cisheterosexism,” “racism,” “transphobia,” “ageism,” and “ableism.”

Inside the wheel are behaviors that the school says constitute “abuse” and could violate its Title IX policies. “We all have an essential role to play in creating a community that cultivates gender equity and inclusion,” Harvard College dean Rakesh Khurana told students in a video introducing the training. “Completing this course is a critical step in establishing a shared understanding of the values here at Harvard College.” 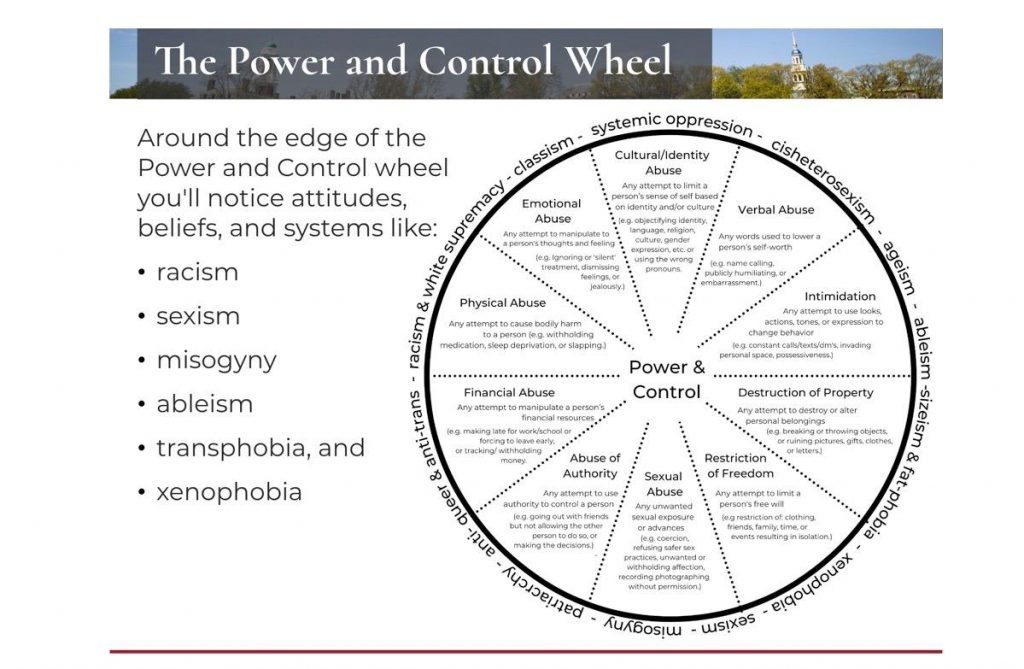 Presentation slide from Harvard College’s “Preventing and Responding to Sexual Harassment and Other Sexual Misconduct” training.

Harvard launched the training in 2016, according to the Harvard Crimson, and announced in 2018 that completing the training was a prerequisite for course enrollment. The school is vague on the repercussions for violations of its sprawling interpretation of Title IX, a federal law that prohibits discrimination based on sex, stating that violations “may” result in “termination, dismissal, expulsion” or “revocation of tenure.”

The training also presents scenarios that involve potential Title IX violations and explains how students should react to them, instructing students to “prioritize social justice and inclusion” and to “intervene” whenever “harm” occurs.

In one scenario, “Andre” keeps “messing up Logan’s pronouns” and commenting on Logan’s “outfits, hair, and nail polish,” causing Logan to feel “drained and frustrated with again being in a situation to educate his peers on gender identity.”

Andre’s remarks “contribute to a climate of disrespect and may also violate Harvard’s policies,” the training says. “It may be helpful to reassure [Logan] he is not being oversensitive and the impact he is experiencing is valid.”

Presentation slides from Harvard College’s “Preventing and Responding to Sexual Harassment and Other Sexual Misconduct” training.

The Harvard training offers a window into how the expanding concept of sexual harassment, from sex to gender identity, is playing out on college campuses. Harvard defines sexual harassment as “unwelcome conduct on the basis of sex, including sexual orientation and gender identity.” A similar definition appears in the Biden administration’s proposed Title IX rules released in June. Both documents cite the Supreme Court’s 2020 decision in Bostock v. Clayton County, which held that an employer cannot discriminate based on gender identity without also discriminating based on sex.

In the scenario involving Andrew and Logan, the course states outright that “repeatedly using the wrong pronouns” is a potential Title IX violation, and it is a striking example of how Title IX can be weaponized to target speech, not merely conduct. In 2015, for example, Northwestern University launched a Title IX investigation into a professor, Laura Kipnis, who had criticized the school’s sexual harassment policies. And in 2021, a Title IX training at Boston University required all students to affirm that people “rarely” make false accusations.

The redefinition of harassment benefits the bureaucrats tasked with policing it. Title IX officers’ “entire livelihoods depend on there being a perpetual stream of sexual misconduct allegations at their universities,” said Leor Sapir, a fellow at the Manhattan Institute who studies Title IX. “So they define ‘sexual harassment’ and ‘hostile environment’ in ever more implausible ways to guarantee that there is always supposed ‘sexual harassment.'”

The training highlights the contradictory commitments of these bureaucrats, who champion personal autonomy while advocating policies that curtail it. The Power and Consent Wheel suggests that restrictions on “clothing, friends, time, or events” are “harmful,” especially when they result in “isolation.” Yet Harvard’s COVID-19 policies—which made students eat in their rooms during surges—have restricted all of those things. The Ivy League school kept mask mandates in place for nearly two years and imposed strict capacity limits for events, prompting over 50 percent of Harvard freshmen to complain of social isolation.

Every scenario in the training involves at least one character who is transgender, nonbinary, or disabled, regardless of the underlying lesson. In one scenario about stalking, both the victim “Adrian” and perpetrator “Toni” use “they/them” pronouns; in another scenario, one of the students uses a wheelchair—even though the subject has nothing to do with disability. 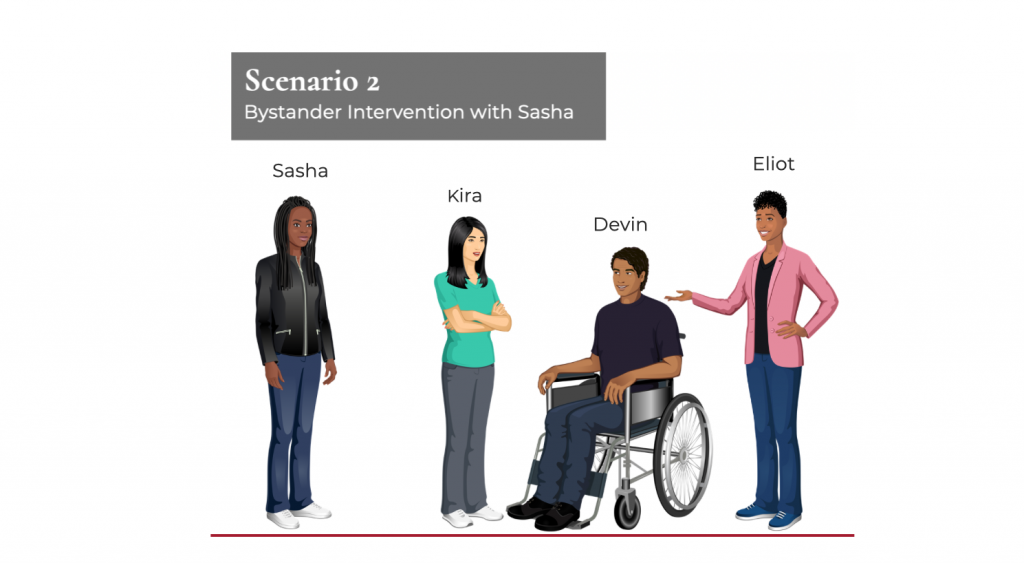 Abigail Anthony is a senior at Princeton University.