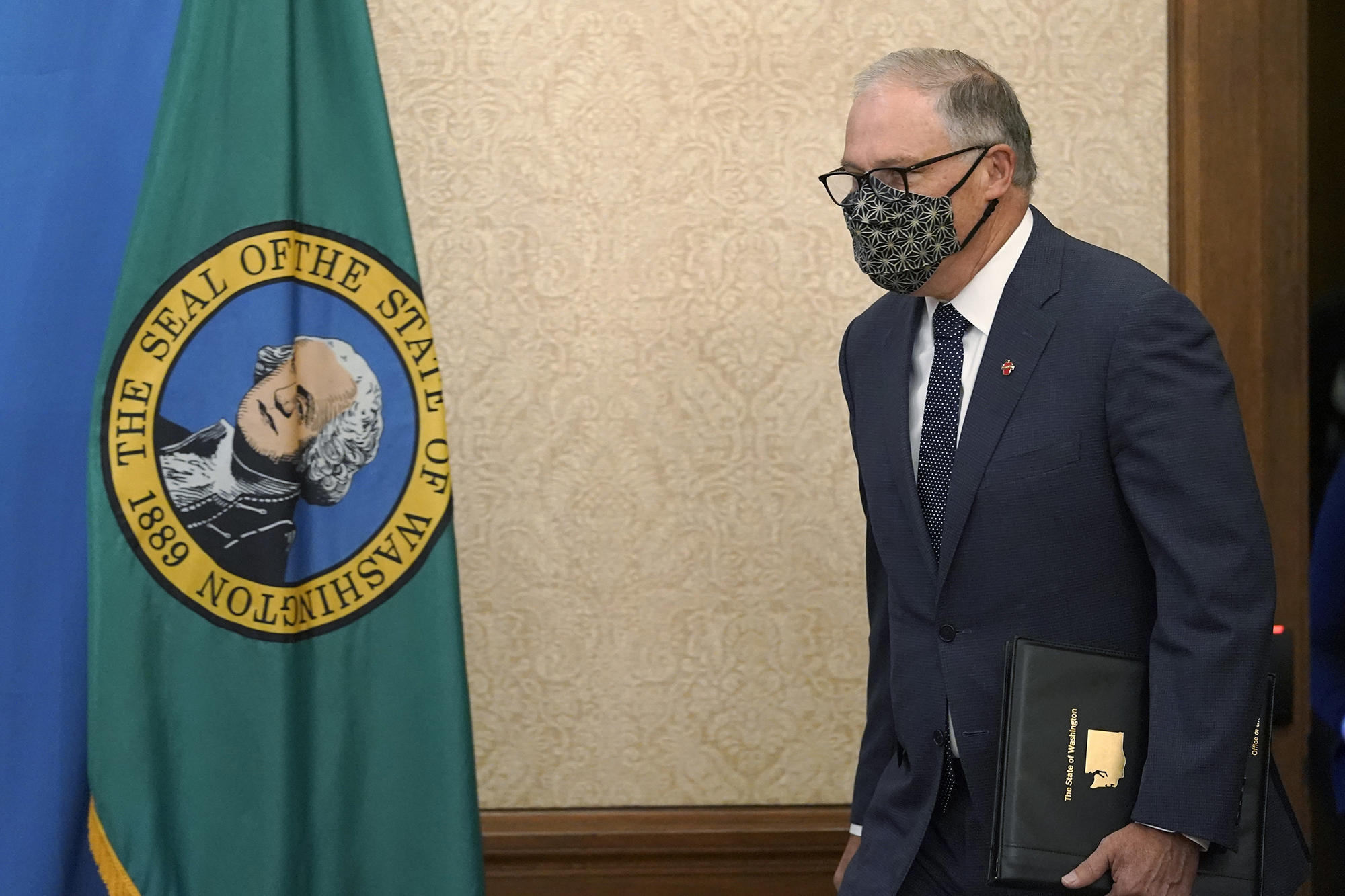 The Legislature long ago gave the executive branch sweeping power during declared emergencies. During the pandemic, Inslee implemented some of the strictest measures among the states after declaring a state of emergency at the end of February 2020.

In March 2020, with Washington at the epicenter of the first documented outbreak in the nation, the governor shut down schools, banned large public gatherings and businesses deemed nonessential. In the following months, he ordered requirements for wearing masks, set up regional metrics for reopening, and imposed vaccine mandates for health care workers and state employees.

A separate order by the state Department of Health requiring face coverings for health care and long-term care facilities will remain in place beyond the end of the state of emergency. The governor is also considering options to make sure workers have workplace protections should they want to wear a mask on the job.

The end of the emergency-power declaration will also nix the vaccine requirements for school and health care workers, although employers can still require them. The governor is keeping COVID-19 vaccine requirements in place, however, for workers at most Washington state agencies.

Republican state lawmakers – who are in the minority in Olympia and who were sidelined for much of the pandemic response – have long criticized Inslee for continuing the state of emergency.