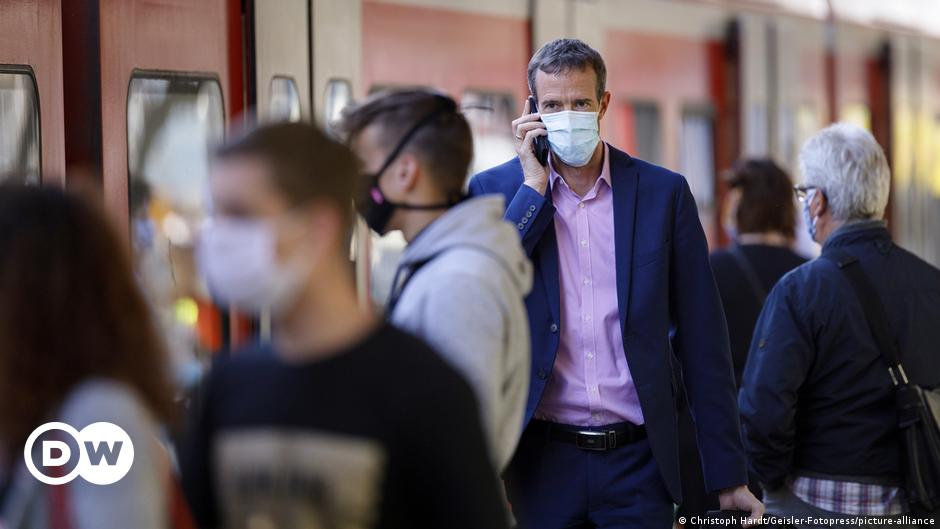 German Health Minister Karl Lauterbach announced on Friday that, from February 2, travelers will no longer need to wear face masks on long-distance public transport in Germany.

The minister said the government had taken the decision to scrap the mask mandate several months ahead of schedule because of a reduction in the risk posed by the coronavirus.

Why is the rule being scrapped now?

“The pandemic situation has stabilized,” said Lauterbach, who has been under mounting pressure to drop the mandate.

The number of known or suspected infections is evening out or even falling, and the number of people hospitalized continues to decline, he explained.

“The population has built up high immunity, and the experts who advise us no longer believe there will be another big, serious winter wave.”

“At this point, we also don’t foresee particularly dangerous variants reaching us in the coming weeks and months.”

Lauterbach, himself a trained epidemiologist, nevertheless appealed to people to voluntarily wear masks indoors and also on trains.

Long shadow of the COVID pandemic

To view this video please enable JavaScript, and consider upgrading to a web browser that supports HTML5 video

“We just need to put more emphasis on personal responsibility and voluntariness.”

Some rules still in place

The requirement to wear FFP2 or medical face masks on long-distance public trains and buses was one of the last remaining measures in place as part of the Infection Protection Act. The law was due to expire on April 7, and the mask mandate with it.

The legislation also includes a stipulation for masks to be worn in health care settings such as medical practices, with additional testing requirements for access to hospitals and care facilities.

Lauterbach has faced mounting calls from inside and outside the governing coalition to do away with remaining rules, particularly from the neoliberal Free Democrats who form part of Germany’s ruling coalition government. The calls grew even louder after famed German virologist Christian Drosten said he believed the pandemic could be considered to be over.

Most European countries scrapped mask mandates in 2022, and Germany alongside Spain was one of the few states to keep the rule in place. The Spanish government has announced that the rule will apply until at least March 2023.

Although the long-distance transport requirement was nationwide, states make their own decisions about public transport. Three states have already dropped the requirement on regional and local trains, trams and buses, while six more planning to do so by the beginning of next month.