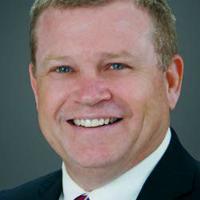 The candidates differ in their legal backgrounds — Wasden is a former prosecutor, while Macomber’s background is in civil litigation and Labrador’s in immigration and criminal law — and their views on the future of the attorney general’s office.

The primary winner will face Democrat Steven Scanlin in the November general election.

Challengers Macomber and Labrador have criticized Wasden’s track record and said it’s time for a change. Meanwhile, Wasden has defended his credentials, saying he’ll “represent all Idahoans, not just a political viewpoint.”

Both challengers told the Idaho Statesman they entered the attorney general’s race because of Wasden’s choices in recent years. They attacked his decision to sit out of some high-profile federal lawsuits, as well as some of his legal choices in Idaho — in particular, his office’s opinion on Idaho’s newest abortion law and what his opponents say was inaction against Gov. Brad Little’s abuse of power during the COVID-19 pandemic.

Wasden, for his part, said he stands by his decisions and is “centered on the rule of law.” Wasden said his legal guidance simply directs officials and agencies to abide by the Idaho Constitution and state laws.

“What does the constitution say? Do it. What do the statues say? Do it,” Wasden told the Statesman. “That’s what distinguishes me — I have a history of doing precisely that.”

Wasden said he has declined to take part in prominent suits — such as a suit filed by Texas to invalidate other states’ results in the 2020 election — for good reason. Wasden said the suit violated the U.S. Constitution. The U.S. Supreme Court agreed.

“It’s not a moral support suit, it’s a lawsuit,” Wasden said. “You have to establish a violation of law.”

Still, his track record has been a favorite target for competitors.

Macomber told the Statesman Wasden handled COVID-19 concerns “spectacularly poorly” by not challenging Little’s lockdown or emergency declaration. Macomber criticized the attorney general’s opinion on Idaho’s recent abortion law, which advised the Idaho Legislature prior to the law’s passage that it was likely unconstitutional. Planned Parenthood, which has sued Idaho over the law, included the attorney general’s opinion as part of its evidence, which Macomber called “so nutty and completely avoidable.”

Labrador, who spent eight years in Washington, D.C., ran for governor in 2018 and currently serves on the Central District Health Board, also cited COVID-19 shutdowns as a failure of the attorney general’s office. Labrador told the Statesman he thinks Wasden has become “a bureaucrat instead of a servant of the people.”

Wasden has included Idaho in some high-profile cases, including states’ fight with President Joe Biden’s administration over COVID-19 vaccine mandates and changes to immigration policies.

Labrador said he believes Wasden has lost the trust of state lawmakers and agencies over his past advice, necessitating not only a change in leadership but a shift in how the attorney general and Idaho Legislature interact.

Labrador and Macomber have touted intentions to reshape the AG’s relationship with the Legislature. Currently, the Legislature goes through the attorney general’s office for legal opinions on proposed legislation.

“When I say that (the Legislature has no in-house counsel) to people, their hair just bursts into flame,” Macomber said. “How can the Legislature not have attorneys?”

The Coeur d’Alene attorney said he would set up a different system by removing lawyers from the attorney general’s office to provide separate counsel to the Legislature.

But Wasden has said those plans aren’t within the AG’s purview. Instead, it’s the Legislature that would need to outline rules for its own in-house counsel.

“It’s critical that the attorney general recognizes that he is not a policymaker,” Wasden said. “Mixing those two things really alters our constitutional system.”

Labrador, who also supports separate counsel for the Legislature, said he would work with lawmakers to make the change. He took heat in last month’s debate on Idaho Public Television for saying the AG’s position should be political, but told the Statesman he was misquoted.

“It means you have to work within the political system. You can’t lecture people like (Wasden) tends to do, because he’s a lawyer and he’s the smartest guy in the room,” Labrador said, throwing a barb at his opponent. “You have to be persuasive, not just in a legal way but in a political way as well.”

What issues lie ahead for Idaho AG’s office?

While the attorney general’s office doesn’t make policy decisions, it could be in the middle of political issues in the coming term. Wasden said he can’t predict which topics will make it to the attorney general’s desk, but he thinks abortion may again be one at the U.S. Supreme Court decides whether to overturn Roe v. Wade, as a leaked draft opinion indicated.

“As an attorney general, we don’t anticipate political issues in the same way (as legislators),” Wasden said. “We have to be more reactive. You don’t always know who’s going to sue you or who you’re going to need to sue.”

Labrador said he would expect to weigh in on “similar situations as the last few years in pandemic.”

Macomber said he has several concerns: that the Biden administration will redesign voting rules for states, that Idahoans will be locked out of mining and logging, and that Idaho will “become a welfare state” due to restrictions on federal lands, which comprise about 63% of the state.