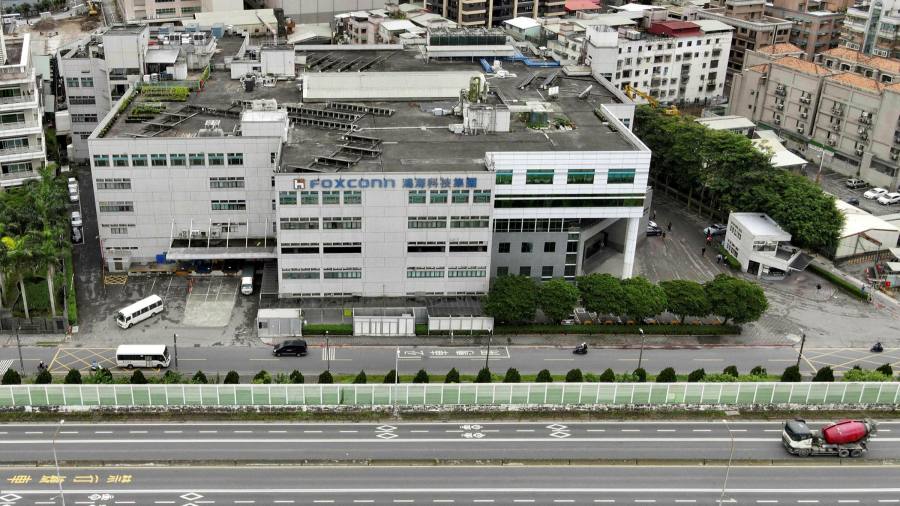 The company also raised its guidance for the current quarter, saying it expects shipments of computing products, cloud products and components all to grow strongly.

“The fallout from the pandemic on logistics is sizeable. There are many variables in the market due to the pandemic, the supply chain, geopolitics and inflation,” Foxconn chair Young Liu told investors on a call on Thursday.

“Normally under these kinds of circumstances we would be more cautious. But most recently, our visibility has improved.”

Liu pointed to market share gains in the production of tablets and laptops and strong demand for servers and desktop computers Foxconn makes in its Mexico factory as drivers for the relatively optimistic outlook.

Liu said the continuing restrictions on factories in China, where Foxconn has the lion’s share of its production capacity, was having a relatively small impact on the group. This was down to it having so many different plants around the country, as well as production bases elsewhere.

Chen said Foxconn was likely to be taking on more orders for producing iPads and MacBooks as Compal, the rival contract manufacturer of iPads, and Quanta Computer, the laptop producer which makes MacBooks for Apple, are suffering from China’s strict Covid rules.

“It has to be mainly market share gains because overall demand is certainly not trending up,” he said, adding that Foxconn “benefit from their scale and their very spread-out operations”.

At one Quanta factory in China, workers clashed with security personnel last week when they were about to be locked in at the plant.

Pegatron, Apple’s second-largest assembler, has also been hit because its manufacturing capacity is concentrated around Shanghai, which has seen the toughest pandemic controls in recent months.

Pegatron’s revenues increased by 49.5 per cent in the first quarter, but the company has reported a 19.3 per cent year-on-year revenue drop for April after it had to suspend operations at its two largest plants near Shanghai.

Meanwhile, Foxconn agreed to acquire an Ohio-based factory from electric vehicle start-up Lordstown Motors in a US$260mn deal announced early on Thursday, and to set up a joint venture for developing new EVs.

The Ohio plant, Foxconn’s first major EV production base in North America, will start making an electric pick-up for Lordstown and EVs for other clients from next year. Liu said Foxconn would have to invest US$500mn to adjust the plant for making passenger vehicles.