The Perfect Enemy | For those who have yet to contract COVID, it feels like ‘the clock is running out’
Skip to content
July 6, 2022
Read Time:5 Minute 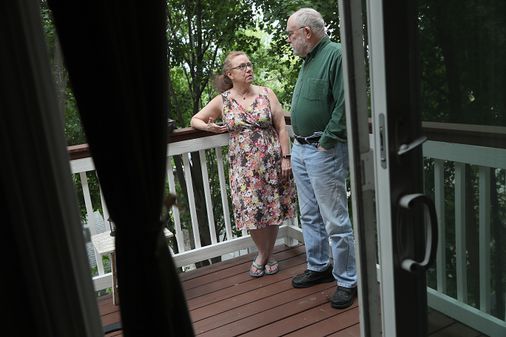 These are some of the words used to describe how it feels to be among the ever-dwindling minority of Americans who have yet to contract COVID-19 — at least not to their knowledge.

More than two years into the pandemic, almost 60 percent of Americans — including 75 percent of children — have contracted the virus at least once. The shrinking segment of the populace who hasn’t say they feel a mixture of gratitude and fatalism over what seems inevitable: that sooner or later, the virus will come for them, too.

“I feel like it’s circling closer and closer, like a rabid dog,” said Ilana Hardesty, 60, of Watertown.

Some said the experience feels like they are evading a stalker, running from a monster, competing at dodgeball, or playing a round of roulette. Others compared themselves to unicorns, superheroes, or time-bombs.

“It’s feels like the clock is running out and that it’s inevitable but I hold onto the ridiculous notion that I’m somehow blessed with an immune system made of steel,” said Elizabeth Pitoniak, 60, a therapist from Westfield.

The Globe received responses from more than 1,500 individuals like Hardesty and Pitoniak, who say they haven’t had COVID-19. Of the respondents, all but a handful said they were vaccinated. Almost all said they have taken precautions such as masking and distancing, although some have eased such efforts as the pandemic has progressed.

Abby Setterholm, 30, of Jamaica Plain, said she continues to be careful, and wears an N-95 mask whenever she’s indoors. She still has her groceries delivered, and only eats at restaurants seated outside.

“I feel very lucky, and glad that the precautions that I have taken are working so far,” she said. “That being said, I do still feel like I will get it eventually.”

Setterholm said she envies those who have already had COVID-19, with little consequence.

“I am jealous of those who have had it and been OK, since they now have more protection and can go about their lives with a little less caution,” she said.

Courtnay Malcolm, 56, a teacher from Cambridge, echoed that sentiment, noting that although it’s “irrational,” she sometimes wishes “I could get it and just get it over with.”

Of those who said they are still fearful of the virus, many mentioned “Long COVID” — lingering effects of the virus, including confusion and fatigue, that can last weeks to months after infection — as their central concern.

“As we learn more about Long COVID, the more I am concerned about infection myself,” said Anna Clutterbuck-Cook, 41, a librarian from Roslindale who is immunocompromised due to cancer. “I’m exhausted navigating a world where so many people either cannot, or refuse to, take precautions.”

Others say that the advancements since the start of the pandemic — such as vaccines, boosters, and treatments — have alleviated their fears, and they feel comfortable to start returning to their normal lives.

Anne Szymanski, 47, of Belmont, said that she is less nervous now that she and her children are vaccinated and boosted.

“We took all the precautions in the beginning and were very conservative and careful. Groceries delivered. Wiped down everything. Stayed home. No indoor visitors. Now we are less cautious, but still mask indoors in public places,” she said. “We are trying to get back to normal now.”

Andrew Lickly, 59, of Framingham, said that the fact that he hasn’t contracted the virus feels like “a validation” of his efforts to protect himself.

“We never let our guards down,” he said. “I am feeling less nervous but remaining diligent and wearing a mask.”

Lickly said he hasn’t had any exposure COVID-19. Others reported a few close brushes with the virus, such as with infected family or friends. A small segment said they have had extensive exposure — such as at work in health care or at home with sick spouses — but remained virus-free themselves.

Jean McGinty, 59, of Randolph, has been exposed to COVID-19 more times than most. As a nurse, she often comes into contact with infected individuals, and her wife became sick with COVID in August 2021. But McGinty herself has remained healthy.

Experts say that a combination of factors control whether an individual contracts COVID-19, including their environment, their behaviors, and their genetics.

A subset of the individuals who have never had the the virus are those who have “had the resources to be super careful, to isolate themselves and distance themselves,” said Dr. David Hamer, an infectious disease specialist at Boston Medical Center.

Genetics have a minor influence on which individuals contract COVID, but play a much more important role in determining just how sick they become.

“There’s a series of key genes that are involved in both susceptibility and severity,” said Mark Daly, a professor of genetics at Harvard Medical School and the cofounder of the COVID-19 Host Genetics Initiative.

According to Daly, a key gene for susceptibility is ACE-2 — an enzyme that has been identified as the receptor at which the virus invades our cells.

“Variants at the ACE-2 gene itself, which are relatively infrequent in the population, have a protective effect on risk of becoming infected,” he explained. Nonetheless, “whether or not you are infected is still most likely dominated by non-genetic factors.”

Another trait associated with susceptibility to the virus is blood type. According to Dr. Duane Wesemann, an immunologist at Brigham and Women’s Hospital, current research suggests that individuals with Type O have a slightly lower likelihood of catching COVID.

It’s important to the health of the species that there are variations in our vulnerability to viruses like COVID-19, said Wesemann.

In any given global pandemic, he said, “we will not be equally affected. That’s part of the beauty of biology. You take any infection — the plague, malaria, even HIV — we won’t all have equal susceptibility, because that’s bad for a species,” he explained. “Any given infection can wipe out a species if we’re all equally susceptible to it.”

Experts also emphasize that some of the individuals who think they have never had COVID-19 have likely already been infected — but were asymptomatic.

“You won’t know that unless you’re undergoing active surveillance or being tested on a regular basis,” said Hamer.

For anyone who hasn’t had COVID-19, Wesseman said, “I’d just assume that you’re lucky — for now.”

That’s enough of an answer for Lesley O’Keefe, 44, of Sudbury, who along with her husband and sons has so far been spared.

“Sure, I’d probably like to think that the four of us in this family are ‘special’ but let’s be honest — it’s almost certainly just pure dumb luck,” she said.

Camille Caldera can be reached at camille.caldera@globe.com.