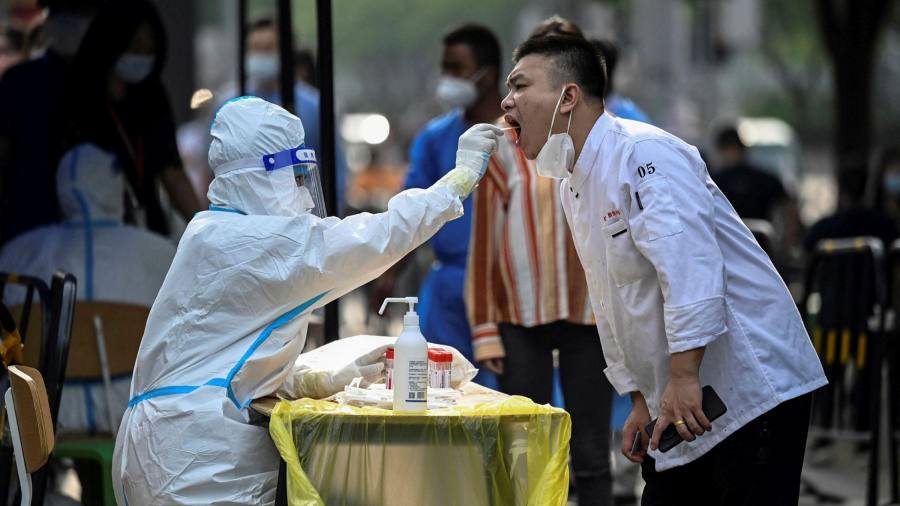 Chinese health officials are warning that the country’s focus on eradicating Covid-19 has left it unprepared for a possible flu epidemic that risks killing tens of thousands of citizens.

At President Xi Jinping’s direction, public health policy has prioritised Covid control over all other diseases regardless of their severity.

“China has invested so many health resources in taming Covid that the authority lacks capacity to deal with other infectious diseases,” said Yanzhong Huang, a fellow at the Council for Foreign Relations in New York.

Some health authorities are particularly concerned about a flu outbreak in southern China. One official in Shantou, a city in southern Guangdong province, where seasonal flu is spreading, told the Financial Times that the local government was still prioritising Covid prevention over flu shots, even though it had been months since there had been a confirmed Covid case in the city.

“We have limited resources and must invest them in areas of the biggest importance,” said the official, who asked not to be identified because of the sensitivity that surrounds public health matters.

When Xi chaired a meeting of the Politburo Standing Committee, the Chinese Communist party’s most powerful body, in May, he warned that “we must struggle against speech and acts that distort, question or reject anti-epidemic guidelines and policy”.

According to official data, the number of Chinese flu-shot recipients hit a record 57.7mn people in 2020 before plunging to just 2.1mn last year. In contrast, more than 1.1bn people have received at least two Covid jabs.

Speaking at a seminar on June 17, Wang Dayan, head of the Chinese Centers for Disease Control and Prevention’s influenza department, warned that the highly contagious Influenza A virus risked putting the health system under “significant pressure” by the end of the year.

Health experts are also worried that the frequent lockdowns employed across the country have undermined people’s natural immunity to flu and other infectious diseases.

The social isolation, which can last for months in extreme lockdowns such as the one imposed on Shanghai this year, reduces people’s exposure to routine illnesses, which helps them ward off potentially dangerous flu strains.

“The upcoming flu season may be more severe than previous waves as a lack of exposure to old viruses makes people’s immune system less able to fend off new ones,” said Jin Dongyan, a virologist at the University of Hong Kong.

Xi’s administration has shown no sign that it would moderate its strict zero-Covid policy even in the face of mounting evidence that the virus’s virulence was waning. On June 18, the Chinese CDC published a study of 33,000 people hospitalised after contracting the Omicron variant. Only 22 of the patients became severely ill.

Various academic studies put the country’s influenza-related mortality, led by older people, at 90,000 to 200,000 a year. That compares with just over 5,200 official Covid deaths from the pandemic that erupted more than two years ago.