It’s also – how do I say this delicately – pretty badly hyped.

Sure, President Biden’s chief medical adviser and the face of the campaign against COVID-19 told Politico that he’ll step down… when Biden’s term is over.

Not quite as sexy, huh? 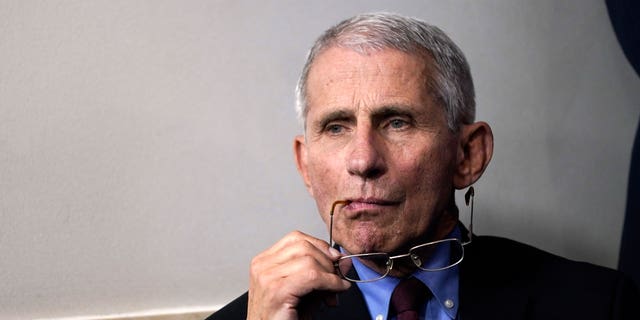 THE MEDIA’S NEW ANTI-BIDEN TWIST: DEMOCRATS ARE JOCKEYING TO CHALLENGE HIM

But there are some fascinating assertions and admissions in the sit-down, as Fauci is acutely aware that he is a lightning rod and that many Republicans wished Donald Trump had fired him.

Remember when Fauci was pleading with the country to get vaccinated so we could achieve “herd immunity”? How’d that work out? The problem is that the virus kept mutating faster than we could adapt, and the latest omicron variant – by the forgettable name of BA.5 – has fueled a new and unbelievably contagious surge.

So when is Fauci leaving? “We’re in a pattern now. If somebody says, ‘You’ll leave when we don’t have COVID anymore,’ then I will be 105. I think we’re going to be living with this.”

Every time I go online, I see big-name journalists and officials saying they avoided the virus for 2.5 years, but now they’ve got it. Fortunately, most of the cases are mild, which is basically what a vaccination can provide, but some people will develop long COVID. And by the time our vaccines catch up with this variant, they will be outdated, and new virus versions will be dominant.

FILE- Former President Donald Trump. Fauci is acutely aware that he is a lightning rod and that many Republicans wished Donald Trump had fired him. (AP Photo/Evan Vucci, File)

Still, as Politico put it, “his assessment, that we’ll live with COVID-19 for many years to come, is a startling admission from the longtime infectious disease expert who said the country could flatten the curve and achieve herd immunity.”

And even now, COVID-19 continues to kill more than 300 Americans a day.

“I think, although I don’t know for sure, over the next cycle or so, we’ll be getting towards a once-a-year boost, like flu,” Fauci said.

Politically, there is no appetite for more mask mandates, although a couple of jurisdictions are imposing them for indoor activity. Most officials don’t want to take that heat in the third year of the pandemic.

No declaration of victory. No Mission Accomplished moment. And Fauci concedes that. 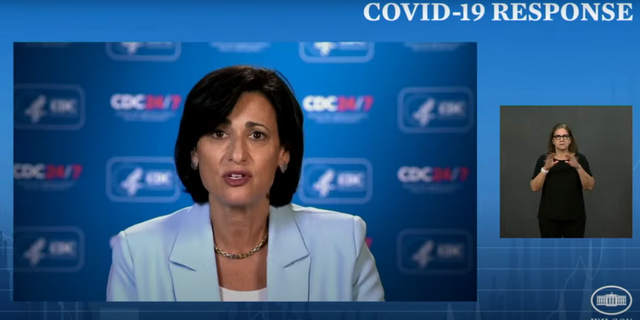 CDC Director Dr. Rochelle Walensky answers questions from reporters during a Friday press conference. Politically, there is no appetite for more mask mandates, although a couple of jurisdictions are imposing them for indoor activity.  (Courtesy White House YouTube channel)

DEJA VU: WHY THE MEDIA ARE TURNING AGAINST BOTH TRUMP AND BIDEN FOR 2024

It’s also fair to ask whether all the lockdowns and shutdowns beginning in 2020 had much effect, given what we know now about how the virus is transmitted. Fauci was a big supporter of those efforts.

SUBSCRIBE TO HOWIE’S MEDIA BUZZMETER PODCAST, A RIFF ON THE DAY’S HOTTEST STORIES

And knowing full well that the Republicans will likely control the House next year and summon him for repeated grillings, the doctor said: “They’re going to try and come after me, anyway. I mean, probably less so if I’m not in the job. I don’t make that a consideration in my career decision.”

As the piece notes, the official tally is now 130,000 new daily COVID-19 cases, but experts say the real number could be four or five times higher as people take at-home tests or are unaware they are transmitting the virus.

Fauci says he wants to reduce the polarization in America that has intensified since COVID-19 became part of the culture wars. And that’s a worthy goal. But he’s undoubtedly too flawed a messenger to play that role.

Howard Kurtz is the host of FOX News Channel’s MediaBuzz (Sundays 11 a.m.-12 p.m. ET). Based in Washington, D.C., he joined the network in July 2013 and regularly appears on Special Report with Bret Baier and other programs.

Colorado’s BA.5 wave of COVID hospitalizations appears to be ending