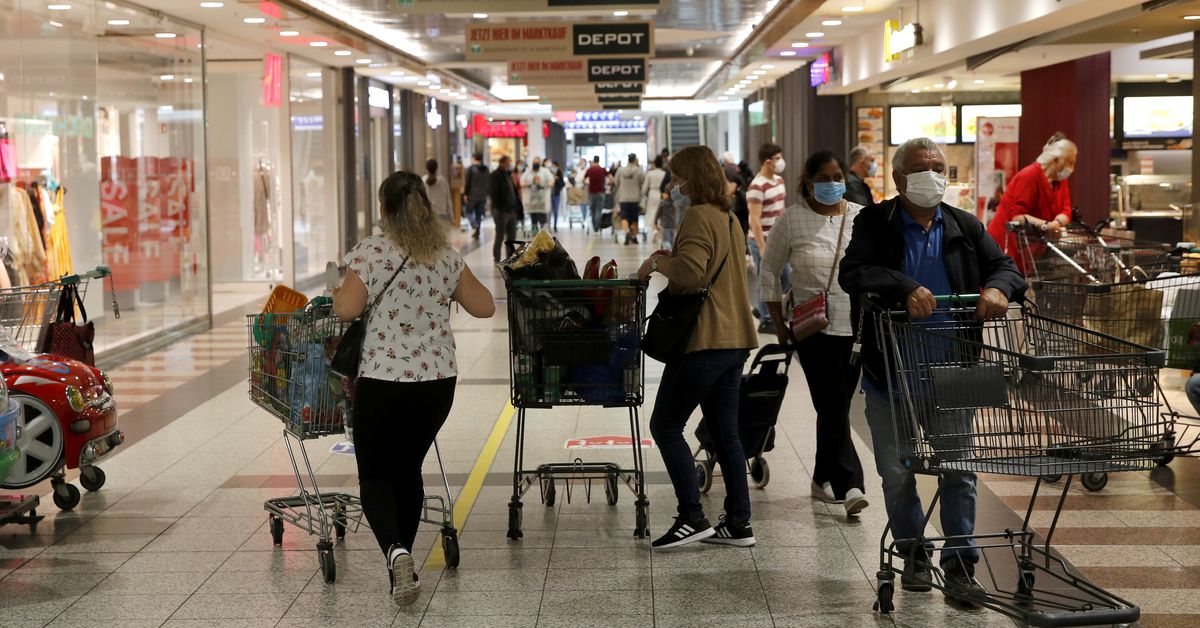 Nov 25 (Reuters) – Shutting early, switching off the lights and lowering temperatures are among the measures being taken by Europe’s retailers and shopping malls to try and cut energy use and contain a crisis stemming from Russia’s invasion of Ukraine.

The bloc is struggling to contain natural gas prices after Russia slashed supplies.

Below is a summary of these efforts:

France’s Casino (CASP.PA) started switching off lights after hours in stores of its brands Franprix, Casino and Cdiscount from October, a measure Coop Switzerland’s supermarkets and brands are also implementing on a voluntary basis.

The French group also cut the time that advertising screens and shop displays are switched on. Similarly, sportswear maker Adidas (ADSGn.DE) has reduced the operation time of LED screens, while fashion group OTB since the spring has turned off window-display lighting at night, and has installed sensors to turn lights on and off in staff rooms.

Spanish discount supermarket chain DIA(DIDA.MC) will automate systems that were previously manual in around 1,000 stores in Spain, 30% of its shops in the country, by adjusting lighting schedules according to sunlight.

Many retailers across the food and fashion industry have reduced heating at their sites by 1-2 degrees Celsius (33.8°F-35.6°F).

French consumer electronics retailer FNAC Darty expects to save an estimated 1.4 Gigawatt (GWh) this winter by lowering temperatures by two degrees in its stores and offices.

Klepierre (LOIM.PA), which owns more than a hundred malls across Europe, said it will turn on heating and air conditioning systems one hour after opening and shut them off one hour before closing.

Although Aldi Nord (ALDIEI.UL) planned to shorten opening hours at numerous branches from November, Leclerc may consider doing so in an emergency and MediaMarktSaturn Group said its stores across Germany can implement the measure on a voluntary basis.

Swedish fashion retailer KappAhl said Christmas decorations in its stores would be stripped down this year, favouring graphics and props it can use again, over lights or gadgets with high-energy consumption.

Coop Switzerland’s stores can limit Christmas lighting to indoors on a voluntary basis, the group said, while the three branches of Commercianti Indipendenti Associati said they would cancel festive lights.

Some retailers, such as Auchan, Marks & Spencer (MKS.L) and Schwarz group, were looking at cutting the energy consumption of its refrigerators by adjusting temperatures or putting doors on some chillers to avoid cold loss.

Auchan also said it would halve the use of ovens for its in-store bakeries and catering in an emergency.