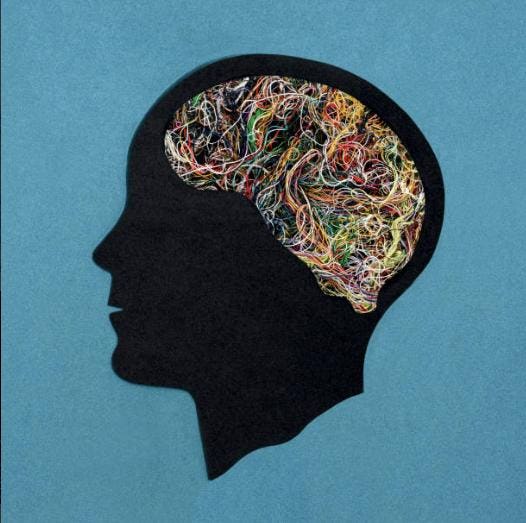 This is part three in a series focusing on cognitive dysfunction and inflammation. The first article can be read here, and the second can be read here. For additional writings on inflammation and Covid-19, please see my website: www. williamhaseltine.com

For many people, an encounter with Covid-19 brings with it lingering cognitive symptoms, generally described as “brain fog”. And on occasion, these symptoms may last for months on end. A novel study describes why and how this might be happening.

In a previous article, I gave an overview of one part of the researchers’ findings. To recapitulate in brief: SARS-CoV-2 infection can provoke serious inflammation which, through a series of “signaling cascades”, can make its way into the central nervous system, including the brain. Once there, inflammation triggers the activation of immune cells called microglia, which go haywire, causing additional inflammation that disturbs the sensitive microenvironment of the brain. Worryingly, even mild Covid-19 can trigger this domino effect.

But in what ways, exactly, does microglial reactivity damage the brain, and how might this damage contribute to cognitive dysfunction?

Fernández-Castañeda et al. suggest two main mechanisms of damage: first, a decrease in the production of new neurons in the hippocampus of the brain, known as neurogenesis; and second, loss of oligodendrocytes, which produce the myelin that keeps neuronal communication nice and snappy. In either scenario, symptoms akin to brain fog would be expected. In the context of impaired neurogenesis, a small signaling protein called C-C motif chemokine 11 (CCL11) —already associated with cognitive decline in elderly persons— was identified as a key culprit.

The hippocampus is a brain structure closely involved in both learning and memory-formation. Neurogenesis, in turn, is speculated to be a process through which old or damaged neurons are replaced by fresh neurons, helping hippocampal functions run smoothly.

The generation of new neurons is measured by quantifying Doublecortin-positive cells. With the exception of bacterial and archaeal cells, all cells contain a scaffold-like structure —known as the cytoskeleton— made up of interlinking protein filaments. This helps lend cells their shape and lets them maintain their internal organization. Microtubules are one kind of filament. In cells that are going to become neurons and in immature neurons, the protein doublecortin (DCX) helps regulate the formation of microtubules. It is most frequently seen during the embryonic stage of development, at which point the neurons of the brain’s cortical structures are just being formed. But it has also been observed in the hippocampus of certain adult mammals, including humans and various laboratory animals. Given its role in the formation of neurons in the embryo, its presence in the adult brain is thought to indicate continued formation of new neurons even in adulthood. As such, measuring the level of doublecortin in the brain has become a stand-in for measuring the quantity of cells scheduled to become neurons.

Studying the hippocampus of mice that had been infected with SARS-CoV-2, Fernández-Castañeda and colleagues witnessed a significant drop in the amount of cells that expressed doublecortin — which is to say, a significant drop in the formation of new neurons. This was noticeable as early as seven days post infection, and remained the case up to seven weeks after infection. And there was a clear inverse correlation between neurogenesis and reactivity of microglia: the higher the number of reactive microglial cells, the lower the number of new neurons.

Looking to pinpoint the driving force behind the atrophying of hippocampal neurogenesis, the group of experts turned to the chemokine CCL11. Although only one of many signaling molecules released as part of the inflammatory response, it is found in particularly high levels in the cerebrospinal fluid of mice recovering from Covid-19. It has also previously been linked to age-related cognitive decline.

Indeed, healthy mice injected with CCL11 displayed an increased number of activated microglial cells in the brain. Further implicating the chemokine, the increase was localized specifically to the white matter of the hippocampus, with no reactivity in cortical or other subcortical white matter. Activation of microglia was soon accompanied by a drop in neurogenesis, confirming the researchers’ hunch and identifying CCL11 as a prime suspect.

An important caveat: the differentiation of stem cells into new, functional neurons in the adult human hippocampus continues to be a point of active debate. There is a growing body of research to support the possibility, but it is far from being consensus. This does not mean that microglial cell activation and inflammation are not key factors in cognitive dysfunction following Covid-19, rather it means we have to also be open to the fact they may be causing damage via a different mechanism.

One alternative explanation involves the loss of oligodendrocytes in response to activated microglial cells.

The main function of oligodendrocytes is the generation of myelin, which wraps tightly around axons. Axons are the “wires” of the central nervous system, enabling the transfer of information in the form of electrical impulses. Myelin serves to insulate and protect these axons, helping to increase the rate at which information can be passed along.

Speaking at a conference on Long Covid organized by the Global Virus Network, one of the senior authors of the study, Stanford neuroscientist Dr. Michelle Monje, mentioned that: “Disruption of myelin homeostasis and plasticity is profoundly disruptive to neural circuit function. It changes the timing, it changes the synchrony and coordination of neural impulse conduction. This slows cognitive processing time, it causes difficulty in multitasking, it impairs attention, it impairs learning and memory — many of the symptoms that people experience both after cancer therapy and after Covid-19.”

This is reflected by data from demyelination diseases such as multiple sclerosis and from data on demyelination and declining cognitive function with age.

The work by Fernández-Castañeda et al. gives us new insights into one of the potential causes of cognitive dysfunction following Covid-19. Crucially, their findings suggest that SARS-CoV-2 doesn’t even need to enter the central nervous system or directly infect the brain, it can cause lasting damage simply by stimulating our inflammatory response. This can happen even after mild Covid-19, where infection is restricted to the trachea and lungs.

But there is good news: the resulting damage to myelin as well as the loss of neurogenesis are likely reversible. Based on evidence from cancer-therapy-related cognitive impairment —which shares many symptomatic and mechanistic parallels to Covid-19-induced cognitive impairment— the researchers suspect that blocking inflammation in the brain should restore myelin and neuron production. Although we don’t yet have a targeted, cytokine-specific anti-inflammatory strategy, it’s only a matter of time.