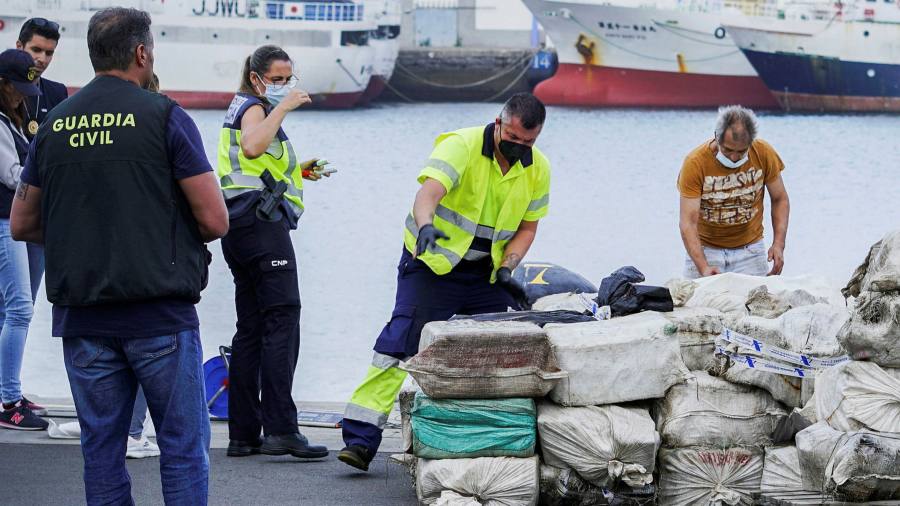 The supply and use of illegal drugs in Europe have increased sharply after disruptions caused by the coronavirus pandemic, as international crime networks exploit digital communications and commercial shipping, officials have warned.

Law enforcement experts said the availability of cocaine had surpassed pre-pandemic levels, while more potent and hazardous illegal substances were appearing in European cities as production of synthetic drugs increased.

Indications that Mexican gangs had begun producing drugs in Europe were particularly worrying, the European Monitoring Centre for Drugs and Drug Addiction (EMCDDA) said in its 2022 report on Tuesday.

“Established drugs have never been so accessible and potent new substances continue to emerge,” said Alexis Goosdeel, director of the Lisbon-based agency. “Today, almost anything with psychoactive properties can be a drug, as the lines blur between licit and illicit substances.”

Partnerships between European and international criminal networks had given rise “to record availability of cocaine and industrial-scale methamphetamine manufacturing within the EU”, she said.

Goosdeel said he was especially concerned that products made from cannabis, the illicit drug most widely used in Europe, were being adulterated with more intoxicating synthetic cannabinoids, with cases of severe and sometimes fatal poisoning being reported.

The resilience of the European drug market was reflected in a rapid bounce back in drug supply and use after disruptions caused by social distancing and tougher border controls introduced during the pandemic, the EMCDDA said.

Covid-19 also appears to have accelerated a trend for the drug market to develop digital networks, with social media and encrypted services increasingly used to facilitate deals.

A recent ban by the Taliban government in Afghanistan on the production, sale and trafficking of illegal drugs appeared to be “largely unenforced”, the agency said. Financial problems facing the country could mean that “drug revenues become a more important source of income”, potentially leading to an increase in heroin trafficking to Europe and other markets.

The long-term effects of the war in Ukraine could also have significant consequences for drug smuggling routes as trafficking groups sought to avoid areas with a heightened security presence, the report said.

People fleeing the conflict were also likely to have suffered severe psychological stress, “making them potentially more vulnerable to substance misuse problems, especially if appropriate health and support services are not available”, it added.