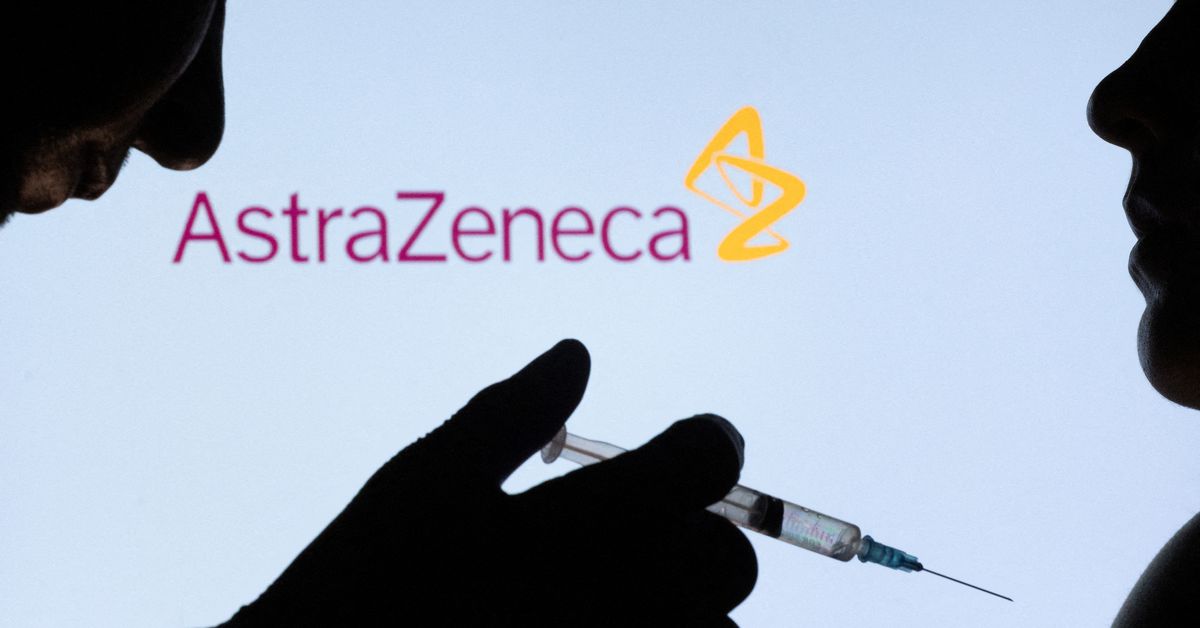 People pose with syringe with needle in front of displayed AstraZeneca logo in this illustration taken, December 11, 2021. REUTERS/Dado Ruvic/Illustration/Files

LONDON, Sept 16 (Reuters) – Europe’s medicines regulator has backed using AstraZeneca’s (AZN.L) preventative COVID-19 therapy as a treatment for the disease and also endorsed another medicine as preventative option for another common virus.

The regulator’s recommendations are usually followed by the European Commission when it takes a final decision on drug approvals.

AstraZeneca said on Friday the European Medicines Agency (EMA) had backed Evusheld as a treatment for adults and adolescents with COVID who do not need supplemental oxygen and who are at increased risk of their disease worsening.

Last month, Japan became the first country to approve the long-acting antibody as a treatment for COVID – making Evusheld the first such therapy authorised for both prevention and treatment of the viral disease.

Evusheld had previously had largely secured global approvals, including in Europe, as a preventative therapy for people with compromised immune systems who see little or no benefit from COVID vaccines.

AstraZeneca is leaning on Evusheld to help offset tepid sales of its COVID vaccine that has rapidly lost ground to mRNA shots in the fight against the rapidly evolving virus.

Evusheld, first launched in December, generated $914 million in the first half of 2022 for the Anglo-Swedish drugmaker.

RSV causes thousands of hospitalisations and deaths globally each year in toddlers and the elderly, but the complex molecular structure of the virus and safety concerns have stymied efforts to develop a vaccine since the virus was first discovered in 1956.

But there is one therapy, Synagis, also developed by AstraZeneca but sold by Swedish Orphan Biovitrum (SOBIV.ST) in the United States.

It is designed to prevent lower respiratory tract infections caused by RSV in high-risk infants and requires up to five injections to cover a typical RSV season.

Meanwhile, if Beyfortus were approved, it would be the first single-dose preventative RSV therapy for the broad infant population – including those born healthy or are deemed high-risk – during their first RSV season.

Reporting by Pushkala Aripaka in Bengaluru and Natalie Grover in London; editing by Mark Potter and Jason Neely