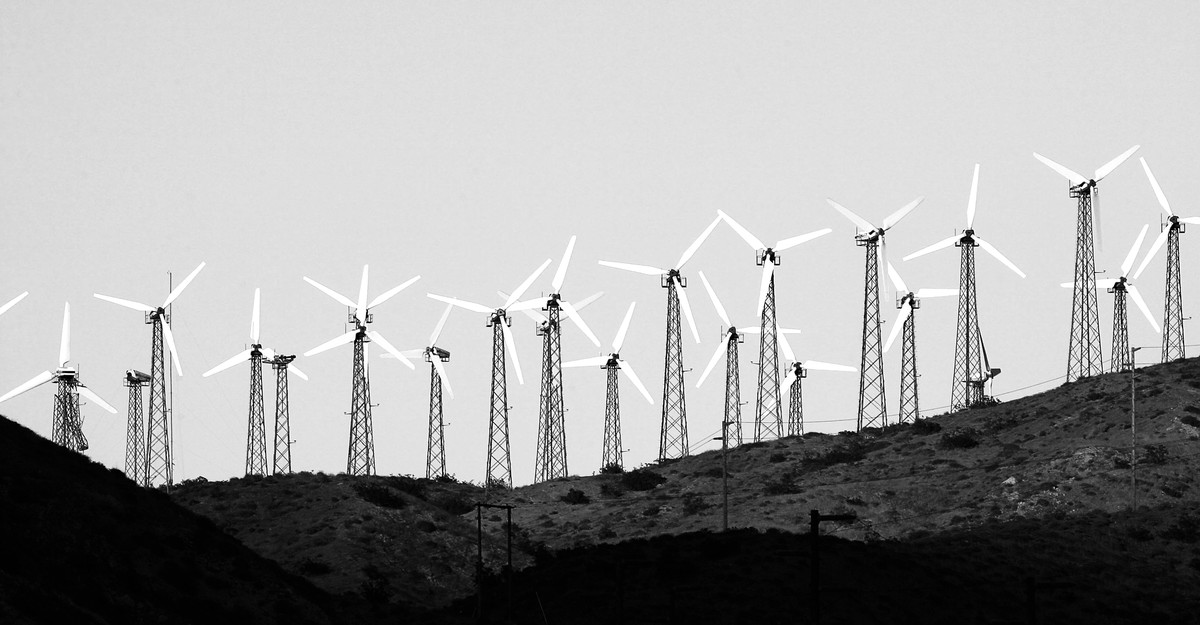 Policy makers have long tried to foster rapid economic growth. But as we shape our post-pandemic economy, we also need to strengthen our economic resilience both in America and around the world.

In recent years, the global economy has become more and more vulnerable to supply shortages and price shocks. The coronavirus pandemic led to severe supply-chain disruptions as economic activity recovered from the fastest drop in global commerce on record. Russia’s immoral war in Ukraine has created turmoil in global energy markets and spikes in the prices of other commodities.

In a speech in Michigan earlier this month, I explained how the Biden administration’s economic plan will mitigate such shocks for American workers and businesses. The plan advances solutions to these global supply shocks, with America acting in concert with our partners and allies worldwide. We have four priority areas: energy, food, digital technology, and public health.

First, energy security. The contribution that our global dependence on oil makes to climate change has long been evident. It also exposes us to geopolitical risks. In the past, Russia marketed itself as a reliable energy partner. But it is leveraging its exports of natural gas and oil as a tool of geopolitical coercion over the rest of the globe. When we and our allies reduce our reliance on fossil fuels, we are not only tackling the climate crisis but strengthening our resilience to supply shocks like the one we are experiencing this year.

To that end, the administration has just enacted the most aggressive climate action in our nation’s history. The Inflation Reduction Act provides consumers and businesses with tax credits that will boost clean-energy production in the United States. That legislation, together with the Bipartisan Infrastructure Law, is expected to reduce greenhouse-gas emissions by more than 1 billion metric tons in 2030, directly contributing to our effort to combat climate change. Accelerating the clean-energy transition will protect the planet and make the American economy less vulnerable to the actions of an autocrat halfway around the world. In addition, U.S. energy investments will deliver significant benefits to the rest of the world by driving down the costs of new clean-energy technology.

The administration is also responding directly to the near-term disruptions caused by Russia’s actions. The Department of Energy has released a historic volume of oil from the Strategic Petroleum Reserve to shore up crude-oil supplies, and through the International Energy Agency, we have coordinated with other countries that have committed to supplying tens of millions of additional barrels this year from their reserves. We have also expanded liquefied-natural-gas exports to Europe and set up a joint energy-security task force with the European Commission.

Finally, the G7 finance ministers have agreed to finalize and implement a cap on the price of Russian oil. Our goal is to keep oil flowing into global markets at lower prices, while also reducing the Kremlin’s revenues. We shouldn’t let Vladimir Putin profit from a war he started. The price cap on Russian oil will particularly benefit citizens of low- and middle-income oil-importing countries. This group includes some of the world’s poorest and most vulnerable countries, which have suffered most from the spillovers resulting from Russia’s war in Ukraine.

Our second priority is improving food security. Regional conflicts, climate change, and COVID’s economic disruptions have hampered global food production for some time. But Russia’s illegal war on Ukraine has turned the stress on our food systems into a crisis in many countries.

The United States has taken—and will continue to take—strong action to get food to those who need it now. Our efforts include emergency interventions such as the $2.9 billion in additional food-security assistance announced yesterday, on top of billions already committed this year. We are also scaling up investment in long-term food resilience, including by encouraging production practices that increase agricultural yields while mitigating emissions. We are promoting innovations such as urban agriculture. And we are focusing on crucial logistics and infrastructure—not only to grow food but also to store and transport it.

In May, the International Monetary Fund, World Bank, and other international financial institutions released a food-security action plan that will support vulnerable people and climate-resilient food systems, help mitigate fertilizer shortages, and promote open trade. The Biden administration is particularly pleased to be contributing $155 million this year to the Global Agriculture and Food Security Program, which will leverage multilateral institutions to advance promising new projects—for example, providing farmers with seeds that are more resilient to droughts, heat, and other extreme conditions. This will help boost agricultural production.

Our third priority is digital technology. During the pandemic, significant supply disturbances resulted from fragile supply chains for crucially important goods, particularly semiconductors. Microchips have been in such short supply that, by one estimate, the shortage resulted in $240 billion in lost U.S. output just last year. Auto production had to be cut by millions of vehicles. Moreover, the semiconductor industry is characterized by extreme concentration risk. As of last year, nearly all manufacturing of the world’s most advanced semiconductors occurred in just one East Asian economy: Taiwan.

The United States and other countries need secure and reliable supply chains for semiconductors, which are among the most fundamental modern technologies. The recently passed CHIPS and Science Act will establish and expand the production of leading-edge semiconductors in the United States and build a sufficient and stable supply of mature semiconductors. The law’s tens of billions of dollars in incentives for semiconductor fabrication in America will reduce the risk from “critical points of failure” in the supply chain. It will restore confidence that the chips needed for the global production of goods—toasters, computers, advanced industrial machinery—will be available whenever and wherever they’re needed.

Our fourth priority is promoting public health. If nothing else, the past two years have taught us that pandemics can happen. And when they do, they can bring the domestic and global economy to a standstill.

We have, first and foremost, been dedicated to fighting the coronavirus pandemic. More than 600 million vaccine doses have been administered in the United States through our nation’s largest-ever vaccination campaign. And the United States has also led the global effort to share COVID-vaccine doses. We’ve delivered more than 620 million doses to more than 110 countries. These vaccines are part of our strategy to fight COVID worldwide, which in turn helps protect Americans.

But COVID will not be the last threat to global health and our own economic stability. So our work also extends to long-term public-health investments. Those investments will enable us to respond more rapidly and effectively to future threats. At home, the American Rescue Plan provided a historic investment in our public-health infrastructure. Abroad, with leadership from the United States, the G20 and other partners earlier this month launched a new fund, housed at the World Bank, for pandemic prevention, preparedness, and response. The fund’s goal is to provide a dedicated stream of financing for low- and middle-income countries. So far, the United States and our partners have committed $1.4 billion, and this is just the beginning.

Looking to the future, we intend to mitigate supply-chain vulnerabilities while strengthening global economic ties. Global trade brings economic efficiencies. We can count on many countries and are committed to deepening economic integration with them. This approach—which we call “friendshoring”—enables us to continue to securely extend market access. And it reduces both our own risks and those of our trusted partners.

In all these ways, the Biden administration has put resilient growth at the core of its economic plan. Promoting economic growth is essential, but it’s also not enough. The pandemic and the war in Ukraine offer vivid reminders of how suddenly circumstances change. We must increase our ambitions and protect ourselves and people around the world from the economic volatility that we may witness in the months and years ahead.