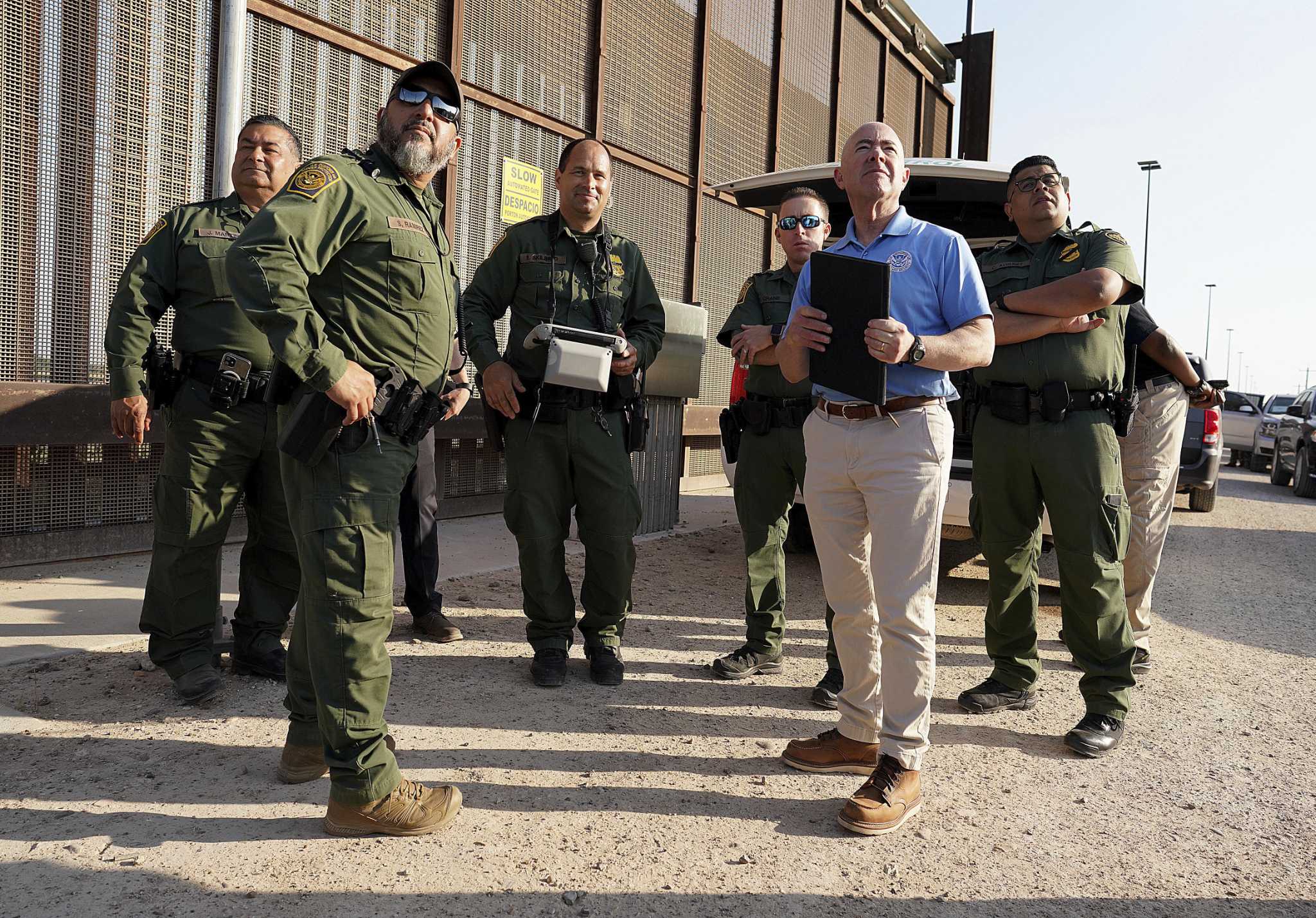 “We advance law enforcement mission when we work collectively, collaboratively and in a coordinated way. When there is deliberate effort to not coordinate, it can — and indeed has been — quite counterproductive,” Mayorkas said.

Pressed by Republicans, Mayorkas also called the border secure, saying that administration of President Joe Biden is doing all it can given the state of the immigration system enshrined in federal law and the broader happenings in the western hemisphere.

The hearing illustrated the divide between Democrats and Republicans, one that played a key role in the Texas midterms and helped Abbott win re-election: While Republicans characterize the historic influx of migrants at the U.S. border as a crisis and a threat to national security, Democrats often dismiss those alarms as political gamesmanship.

Again and again throughout the hearing, held by the U.S. Homeland Security Committee on the subject of “worldwide threats to the homeland,” Democrats questioned national security officials about the Middle East, about counterterrorism, about domestic extremism and political violence.

Meanwhile, Republicans turned the topic to the Mexican border. GOP lawmakers highlighted that there were more than 2 million people detained after crossing the border in the last fiscal year and that 98 of them were non-U.S. citizens on terrorist watchlists.

Republicans blamed Biden for the crisis, saying it was under control while former President Donald Trump was in office. Mayorkas responded that federal agencies are prioritizing anti-smuggling efforts to address crime along the border, saying that system-level immigration reform is needed to address the surge of migrants, and that political destabilization across the entire western hemisphere is was contributing to high levels of border crossings, rather than U.S. policy alone.

Rep. Dan Bishop, a North Carolina Republican, pressed Mayorkas to declare whether or not the border is secure. Mayorkas said it was.

“I think it’s a position that denies reality, respectfully,” Bishop responded. “It makes me mindful of the 9/11 report, that chapter that said the system was blinking red. It was a failure of the United States government agencies to anticipate a threat that should have been obvious to everyone. So it troubles me that the official response is, ‘We don’t think that’s much of a threat.’”

But where Bishop sees a potential next 9/11, Rep. Elissa Slotkin, the Michigan Democrat who spoke immediately after Bishop, chastised her colleagues for playing political games.

“It is my fervent hope that as the other side of the aisle seems poised to take over, that we keep this focused on homeland threats and not making this a place of political theater. That is my desperate hope and I think it is the message sent by voters last week. I hope they hear it and continue in that spirit,” she said.

The difference in view between Democrats and Republicans on Capitol Hill Tuesday reflected the differing approaches to the issue from the two parties in Texas throughout this election cycle, to the peril of Democrats.

The Republican-controlled Legislature has authorized billions of dollars in spending to send Texas National Guard troops to the border and arrest migrants in a program known as “Operation Lone Star.”

Abbott sends out near-daily press releases about arrests for trespassing, human smuggling or drugs. He claims credit for starting work on the border wall that Trump promised and never delivered. He made national headlines for his policy of bussing migrants from Texas to other states. And he and other Republican leaders have described the situation as a crisis and an “invasion.”

Throughout his campaign, Beto O’Rourke described Abbott’s tough border policies as a “counterproductive political stunt,” criticizing the program for assigning Texas National Guard members away from their families and putting them at risk as “political pawns.”

But Texans have responded. In October polling from the Texas Politics Project, likely voters responded that the two most important issues facing the state were border security and immigration. Those issues have been top-of-mind for voters since they replaced COVID-19 as a top concern.

Democrats have recognized their vulnerability on the issue. According to the Texas Tribune, the state party identified weak messaging around immigration as one of the key reasons Democrats underperformed in last week’s elections.

“Here’s a tough truth we as Democrats must realize on border security: it’s a hugely important issue to our state,” Democratic Party Executive Director Jamarr Brown wrote in a memo breaking down the election results.

“Democrats across the country have for too long wanted to sweep it under the rug and hope voters just don’t pay attention to it — but the fact of the matter is that Texas is the biggest border state in the country, and Texas Republicans will continue to use every single bad-faith political stunt in the book to keep illegal immigration top-of-mind for voters.”

A closely divided N.H. House will kick off with votes on Speaker, Secretary of State