The Perfect Enemy | DeSantis defends Florida’s decision to be only state not to preorder Covid vaccines for kids under 5
Skip to content
July 1, 2022
Read Time:2 Minute 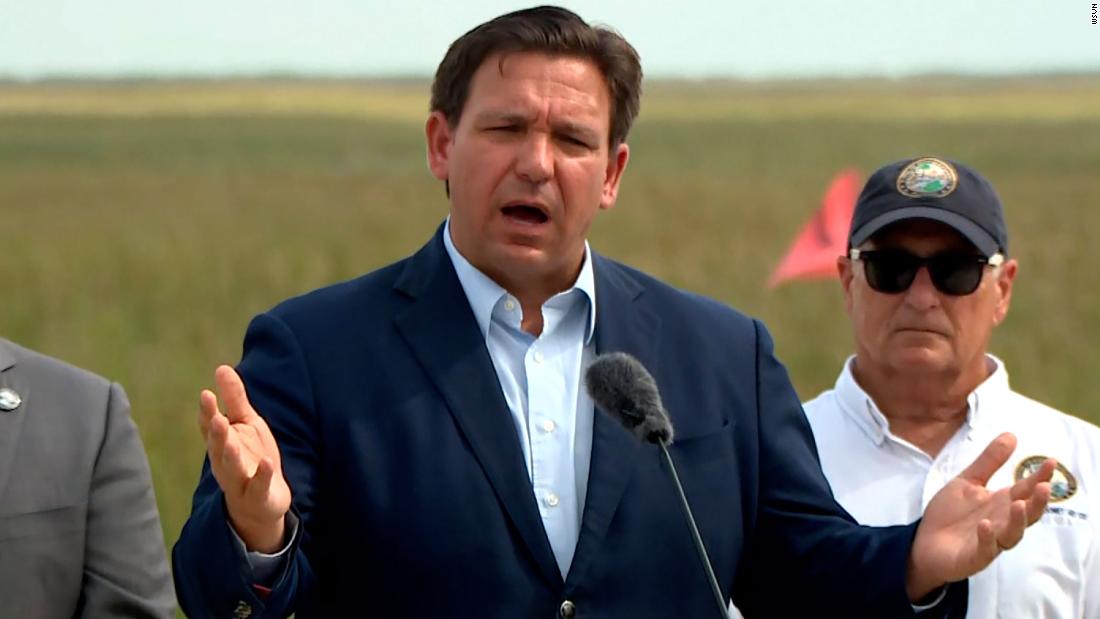 “There’s not going to be any state programs that are going to be trying to, you know, get Covid jabs to infants and toddlers and newborns,” DeSantis, a Republican, said at a news conference in South Florida. (The Food and Drug Administration’s authorization would apply to children older than 6 months, not newborns.) “That’s not something that we think is appropriate, and so that’s not where we’re going to be utilizing our resources in that regard.”
DeSantis said Thursday that the “risks outweigh the benefits” of vaccinating young children. Studies have affirmed the safety of vaccines, and health experts have been very critical of the Florida Department of Health’s previous recommendation against vaccinating healthy children between 5 and 17.
DeSantis’ remarks came a day after it emerged that Florida was the only state that had not preordered vaccines for children under the age of 5 after the White House had last week announced it had made 10 million vaccine doses available to states, territories, tribes and others to preorder.
This was the first wave of orders, and there will be other opportunities for Florida to take part. Doctors can also order vaccines themselves.
The Miami Herald first reported the state’s decision not to preorder the vaccines.
The Florida Department of Health earlier this year became the first state to break with CDC guidance by advising against the vaccine for healthy children between 5 and 17, saying the risks outweighed its benefits.
DeSantis said Thursday he did not anticipate any problems for parents in Florida who want to secure vaccines for their children, noting that the demand for the vaccine among adults in the state has waned in recent months. He suggested parents can get vaccines for their children through doctors or hospitals.
“The state of Florida has had the recommendation from five and up for a while. We are the first state to do that. And now, from the 6 months to 5, the state’s recommendation holds,” DeSantis said. “It’s a recommendation against doing it. That’s different than saying you can’t. You are free to choose; that’s not an issue.”
In a statement, Florida Democratic Party spokesperson Kobie Christian said DeSantis was “using children’s safety as a political prop.”
“Every other governor in the country – Republicans and Democrats alike – has taken measures to ensure this vaccine is available to children,” Christian said in a written statement. He added that it’s “one thing” for DeSantis and Florida Surgeon General Joseph Ladapo “to choose not to vaccinate their own children, but for them to deprive parents in Florida of that option isn’t only irresponsible, it’s cruel.”
Vaccine advisers to the FDA voted unanimously Wednesday in favor of expanding the emergency use authorizations for the Moderna and Pfizer/BioNTech Covid-19 vaccines to include children as young as 6 months.
Shots can’t be distributed to children ages 6 months to 5 years until the CDC’s own vaccine advisers have voted on whether to recommend them and CDC Director Dr. Rochelle Walensky has signed off on the recommendation. The CDC’s vaccine advisers are expected to vote Saturday. The White House has said shots could start being distributed as early as next week.
Facebook
Twitter
Pinterest
LinkedIn
Email
Tags: Vaccines