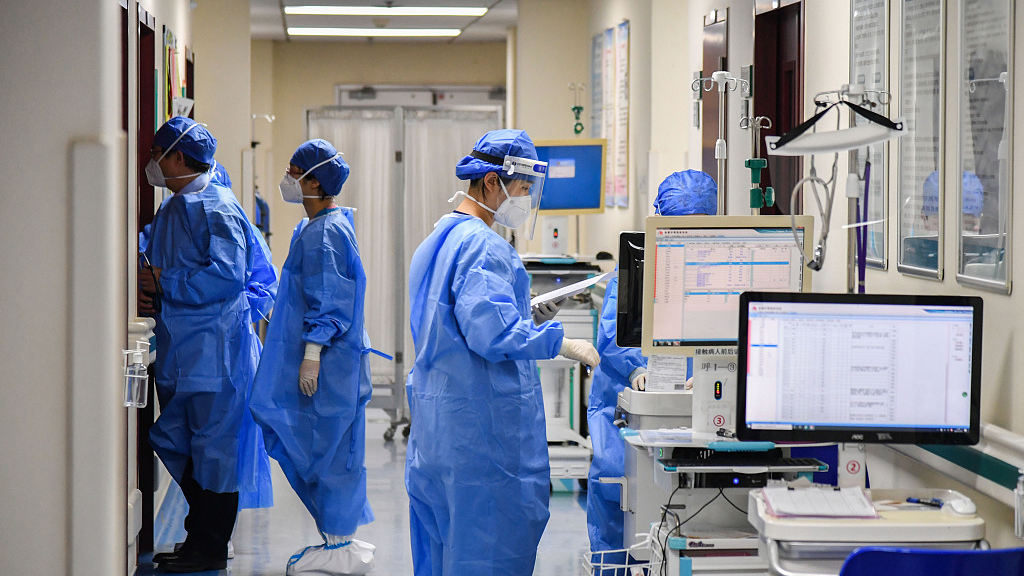 Both the numbers of severe COVID-19 cases and hospitalized cases peaked on January 5, said Jiao Yahui, head of the Bureau of Medical Administration under the NHC, at a press conference.

According to officials at the press conference, the majority of critical cases and COVID-related deaths are elderly, most of whom have underlying issues.

The average age of severe case patients is 75.5 years, said Jiao, adding that of the severe cases in hospitals on January 12, 92.8 percent had severe underlying issues complicated with COVID-19 infection.

A total of 5,503 people died of respiratory failure caused by COVID-19, and 54,435 died of underlying issues complicated by COVID-19 infection, Jiao added. 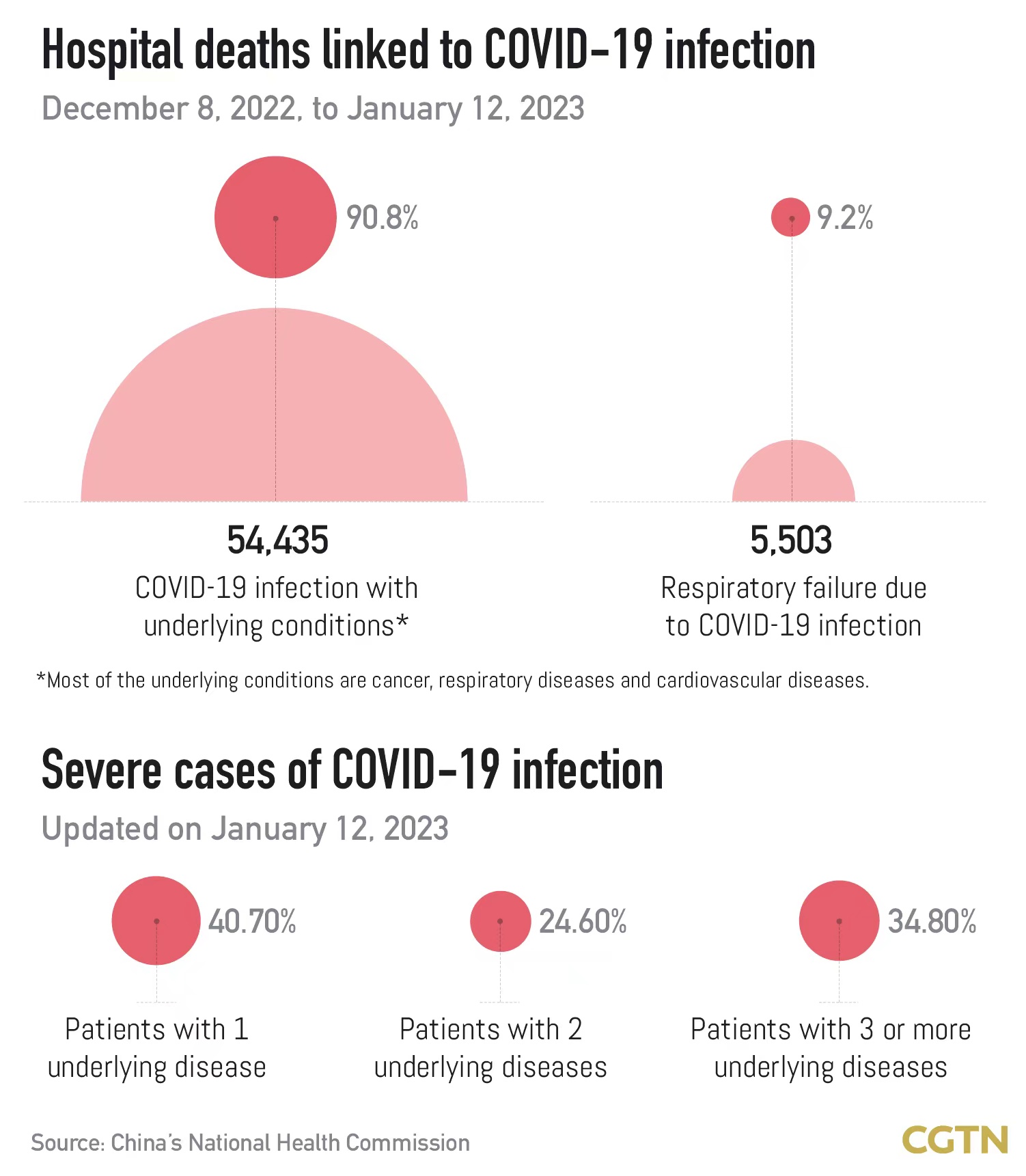 Jiao also said that the number of visits seeking treatment at fever clinics across the country peaked on December 23.

The number of people visiting fever clinics or consultation rooms across the country has trended downward since reaching its peak, in both urban and rural regions, Jiao added.

The COVID-19 detection rate at fever clinics also continues to decline, peaking at 33.9 percent on December 20, 2022. The number dropped to 10.8 percent on January 12, Jiao said.

Jiao said the number of emergency department patients declined to 1.09 million on January 12, a 28.4 percent decrease from the peak daily figure, which is around 1.53 million.

The number of hospitalized patients peaked at 1.63 million and then declined, falling to 1.27 million on January 12. 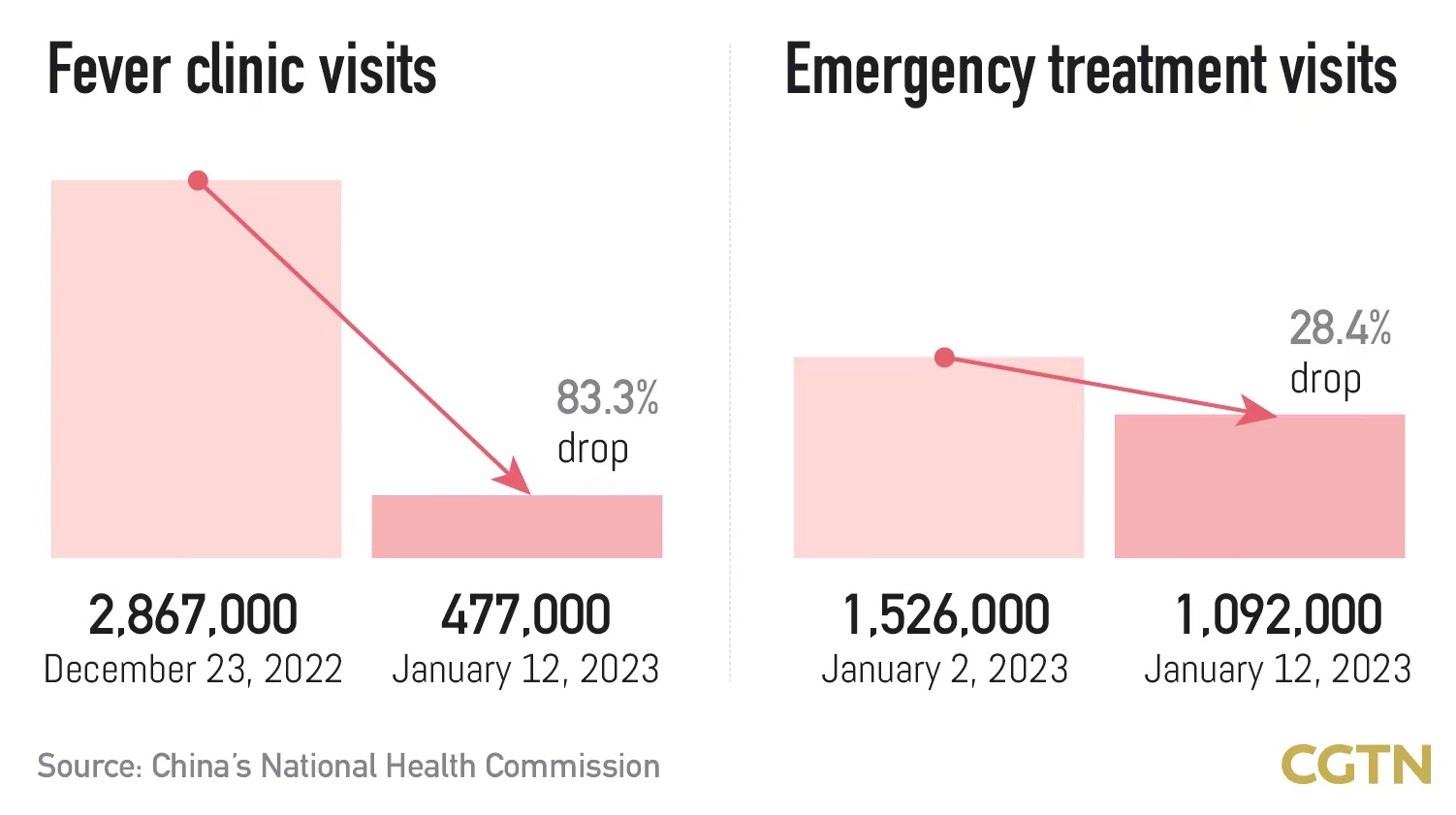 Mi Feng, an NHC spokesperson, said that in the next step, efforts will be made to enhance health monitoring for the elderly, pregnant women, children and patients with underlying issues.

Mi called for smooth channels for transferring critical cases to be ensured, patients to be treated with integrated Chinese and Western medicine, and vaccination among the elderly to be further boosted. He also said the capacity of medical services in rural areas should be enhanced.

China has shared information with the World Health Organization (WHO) and other countries since the beginning of the epidemic, Ma Xiaowei, minister of the NHC, said on Saturday when talking over the phone with WHO Director-General Tedros Adhanom Ghebreyesus, adding that China will continue to support the WHO in fighting against COVID-19.

(With input from Xinhua)