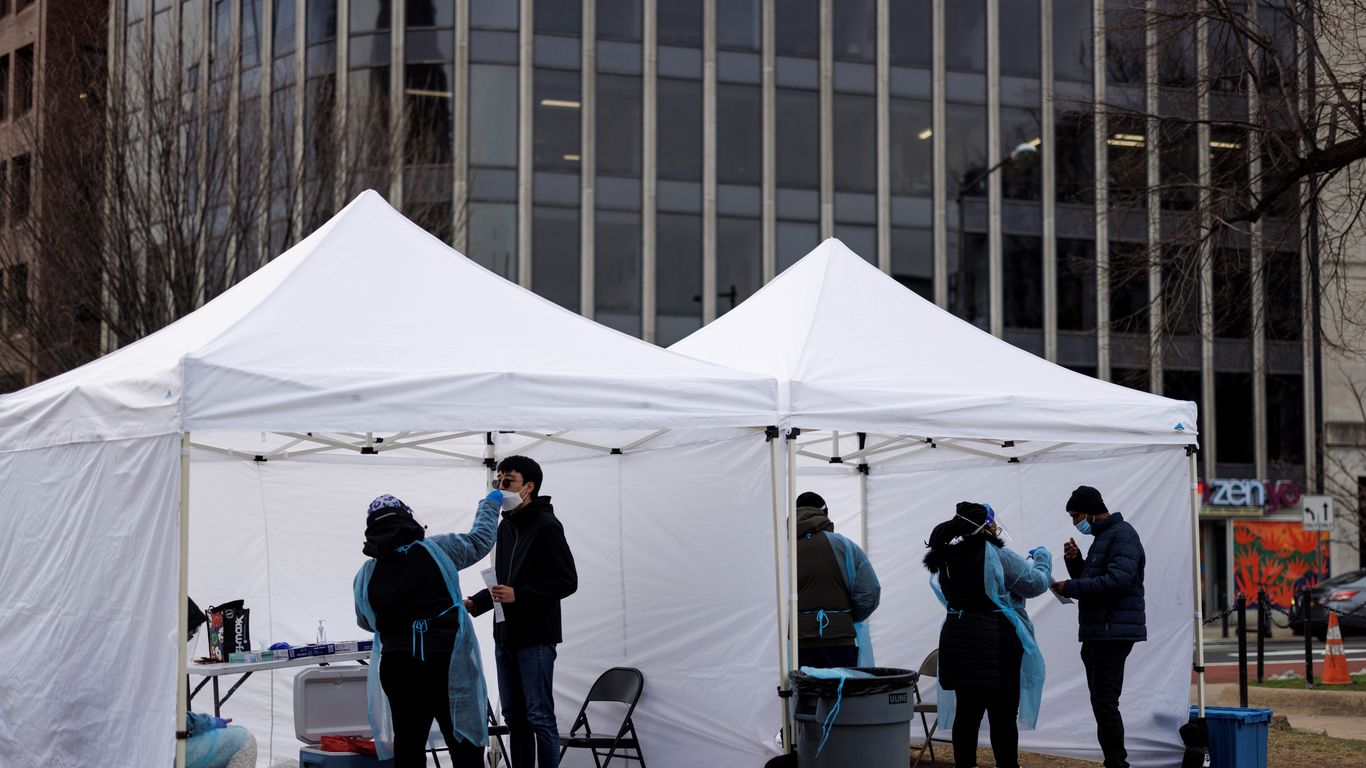 D.C. saw a slight uptick in COVID-19 cases, after a two-week lapse in data reporting to the CDC and no new metrics posted to D.C.’s website since the week of April 24.

Why it matters: The weekly COVID-19 data is meant to help community members assess their risk levels, DC Health has said, but no new data for the month of May has been posted until a Wednesday press release offering case counts for the last week of April and the first week of May.

By the numbers: Between April 27 and May 8, there were 1,062 new cases. That’s a small uptick compared to 704 new cases the previous week, and keeps D.C. in the CDC’s low transmission rate category.

What they’re saying: Despite the lack of reporting to the CDC, DC Health said there were no disruptions in data reporting to D.C.’s own key metrics, which show hospital capacity and case rate, during that time period and that those key metrics were accurately updated on May 4 — although this was not reflected on the website.

Between the lines: D.C. sent data to the CDC on Monday after the nearly two-week lapse, the federal agency confirmed.

The intrigue: Meanwhile, D.C. still hasn’t officially launched its wastewater surveillance program, which would monitor and potentially predict COVID surges across the District.

Editor’s note: This is a developing story. Please check back for updates.