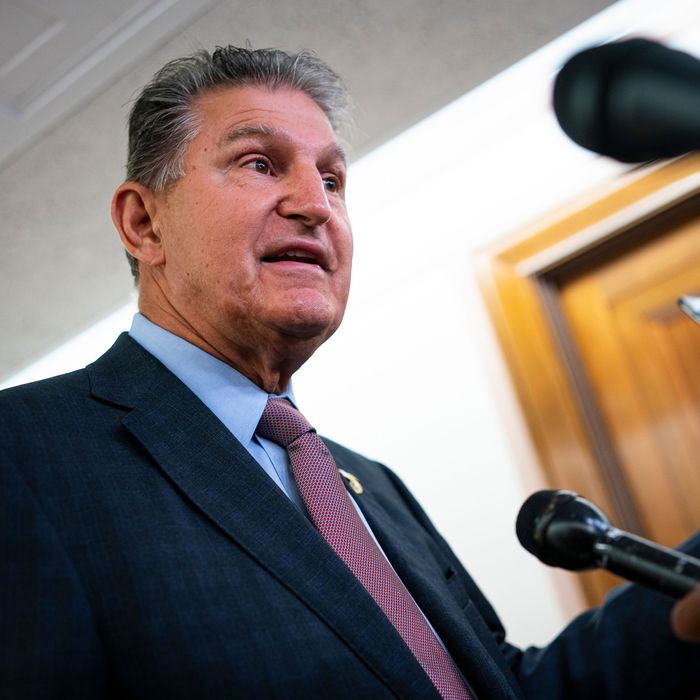 How can Congress function when the king of the Senate is out sick? Photo: Al Drago/Bloomberg via Getty Images

One of the hoariest traditions of Congress is the pre-August-recess legislative logjam. In election years, in particular, members of Congress are frantic to get home to campaign for reelection, even as “urgent priorities” (particularly spending or revenue items that need to be handled prior to the end of the fiscal year on September 30) pile up. In 2022, the usual late-summer mess has been exacerbated by exceptionally fragile Democratic control of Congress with the attendant hostage-taking by centrists in both chambers; the determination of Senate Republicans to block most Democratic initiatives via promiscuous use of the filibuster; and an impending midterm election that will flip control of one and possibly two houses of Congress.

So with time running out and not a vote to spare, what happens? A COVID-19 outbreak, naturally — sizable enough that it’s hard to keep track of. Senate Majority Leader Chuck Schumer got a positive test week before last but has been back at work for a while. Tina Smith of Minnesota has just come out of quarantine. Delaware’s Tom Carper should be done with his confinement by tomorrow. But frequent swing votes Lisa Murkowski of Alaska and West Virginia’s Joe Manchin — a.k.a. the king of the Senate — are out right now.

As Punchbowl News noted this morning, the timing of this wave of COVID cases couldn’t be much worse:

With control of both chambers up for grabs and lawmakers anxious to be home, floor time is getting very tight. This is driving the legislative agenda, especially in the Senate, where everything takes much longer than expected. Passing a reconciliation package that allows Medicare to negotiate on prescription drug pricing and extends Obamacare subsidies is by far the most critical priority, but there are other key issues still outstanding with just two weeks to go — CHIPS-Plus, same-sex marriage, NATO, the assault weapons ban, police funding, and the PACT (Promise to Address Comprehensive Toxics) Act, a high-profile bill for veterans, among others.

Unlike the House, the Senate has no provisions for proxy or remote voting. Arguably, Schumer could deal with the problem by prioritizing bills (e.g., CHIPS-Plus, which provides subsidies for domestic semiconductor manufacturing and research) that have robust Republican support and thus don’t require 50 Democrats plus Vice-President Kamala Harris to get through the chamber. But wily Mitch McConnell would love to use senatorial absences to obstruct more controversial Senate bills, as would senators to his right who oppose House-passed legislation codifying same-sex marriage rights. And since there are a variety of parliamentary maneuvers available to slow down even fast-tracked bills for a bit, there’s also a risk at any given moment that another positive test or three might derail a train that really can’t afford delays.

This being the U.S. Senate, there’s not much Schumer can do to reduce the risk of additional COVID cases; it’s not like he can kidnap his Democratic colleagues and put them under lock and key. So he must struggle to time everything perfectly, hope for the best, and perhaps keep the Senate in session longer than the original schedule provided. For senators up for reelection in November, that’s a threat feared more than COVID.

Daily news about the politics, business, and technology shaping our world.