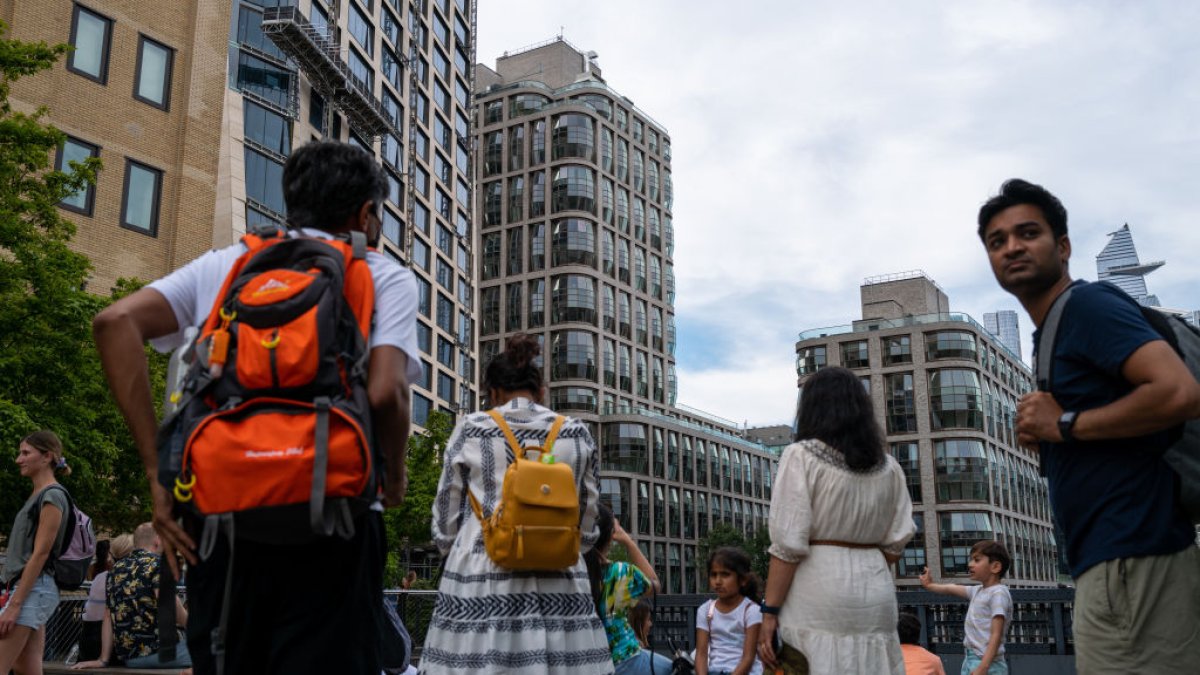 New York’s COVID hospitalization rate has soared to a five-month high, fueled by a New York City admission rate unseen since mid-February and a Long Island streak that has topped state charts daily for the last month at least, according to Gov. Kathy Hochul’s latest virus update. And these aren’t all mild cases, either.

Statewide, the hospitalization rate per 100,000 skyrocketed 50% between this time in June and now, with nearly 2,800 COVID patients admitted as of Wednesday. New York City’s number has boomed 70% in the same time period, while the number of COVID patients in intensive care units across the five boroughs grew by nearly two-fold.

Long Island’s rate of increase is also substantial (48.3% monthly increase) but markedly less than the others given its comparatively high sustained rate for almost all of July.

Those same two regions also recently notched half-year highs in reinfection rates as the so-called “worst version” of omicron yet — one shown not only to be more transmissible but more than four times as vaccine-evasive as its most vaccine-evasive predecessor — maintains its stranglehold on America.

COVID hospitalizations in New York hit their highest raw total since Feb. 18 a day ago, which while eyebrow-raising for some is tempered by the fact that fewer than 42% of those patients did not have COVID listed as one of the reasons for admission. In other words, the virus was discovered during routine testing and may not have been detected otherwise.

While no evidence indicates that BA.5 causes more severe illness from COVID than other strains, people who have never been vaccinated, and even fully vaccinated and boosted people who were last dosed in 2021, are seeing higher hospitalization rates from COVID than in recent months. New York state’s breakthrough hospitalization rate has risen each of the last six weeks and now stands at 1.67 per 100,000. The rate is nearly seven times higher for unvaccinated people.

Hospitalizations are up in several states after a surge in COVID-19 infections as subvariants of Omicron spread. And as Google search trends tell us, interest in boosters is high right now. “It is critically important to get boosted now, as we are in the midst of that BA.5 wave,” Dr. Aditi Nerurkar of Harvard Medical School tells LX News Now. Dr. Nerurkar brings us depth and context on the top-searched questions on this topic.

The last time hospitalization rates rose in such a manner for both groups was the April-May wave, when BA.2.12.1, the most contagious variant before BA.5 (and its sibling BA.4), overswept the Empire State at a faster clip than the nation.

Combined, those two variants account for at least 84% of all cases in New York City, city data shows, with BA.5 making up the majority (67%). Statewide, health department data puts the strains’ prevalence around 76%, which suggests a more rapid spread of those variants in the denser counties compared with those in less populated regions.

So what does this all mean, and how worried should you be? Well, that depends. When was your last vaccine dose?

Only one therapeutic antibody retains full potency against the BA.5 and BA.4 strain, Columbia researchers say, and a separate recent, non-peer-reviewed study found past omicron infection to be less than 80% effective at stopping BA.5.

Moreover, a recent Italian review of COVID studies found that boosters are less than 20% effective in preventing omicron-related infections after six months.

So if you haven’t been boosted this year, or gotten a second booster and you’re eligible, experts say now’s the time to get those doses. And if you haven’t gotten an initial dose yet, the message is better late than never.

“People who were infected three months ago were seeing high levels of reinfections. People who have now been boosted for awhile, not gotten a vaccine shot in awhile, we’re now seeing a lot of breakthrough infections,” Jha said.

A new round of omicron-specific vaccines is expected this fall and those who get vaccine boosters now will still be eligible to receive those shots when approved. But that could be months out. And while case rates affiliated with this sixth pandemic wave are slowing, many are bracing for what could come next.

Jha stressed that action be taken now where it can.

“If you are over 50 years of age and if you have not gotten a COVID shot this year, you need to go out and get one now. It will offer a very high degree of protection, keep you out of the hospital and will get you through the summer,” he said.

Learn more about COVID vaccination, boosting, treatments and where to get free test kits in New York City here.