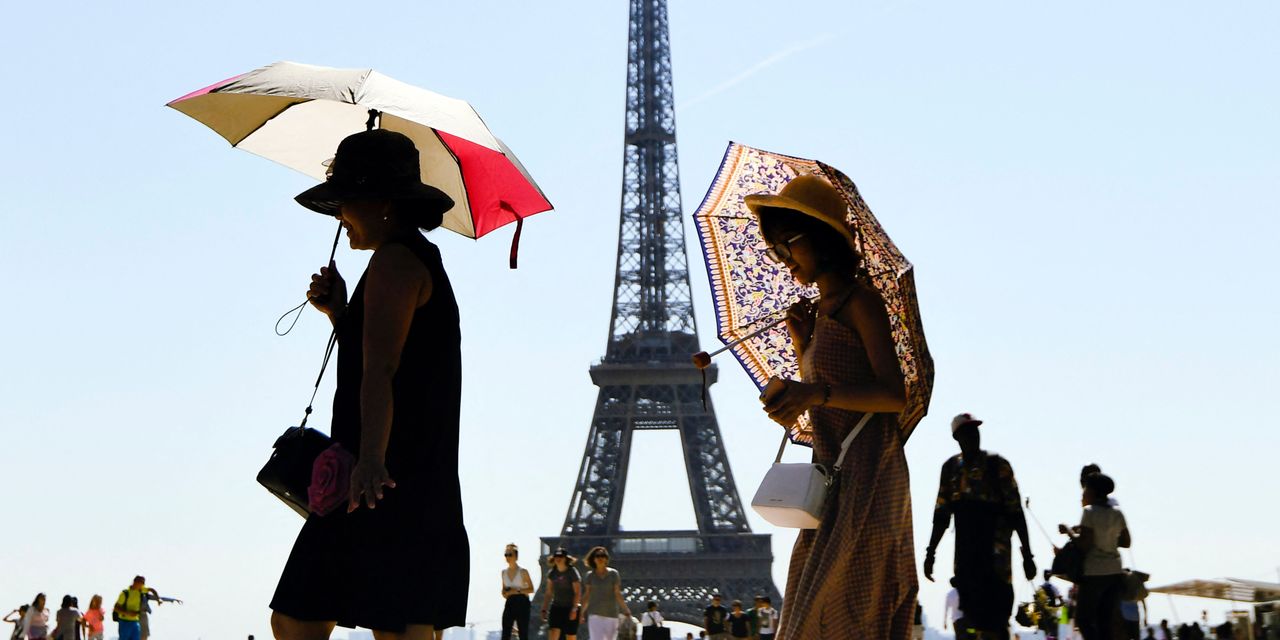 COVID cases are again surging in Europe, driven by the BA.4 and BA.5 subvariants of the SARS-CoV-2 virus’s omicron variant that are deemed to be 10% to 15% more infectious than earlier virus iterations and are spreading fast in Portugal, France, Germany, Italy, Spain, Greece, the Netherlands and Denmark.

In France, cases have climbed to 920 in a week from 224 on June 13, the Guardian reported, citing data from aggregator Our World in Data. Experts are now concerned that with few restrictions left in place and low booster take-up, the continent could be facing a steep increase in cases this summer.

Portugal has seen the biggest wave with infections per million residents at a seven-day average of 2,043 on Monday, the second highest new-case rate in the world.

French health expert Dr. Damien Mascret told France 2 television that the BA.4 and BA.5 variants had led to significant excess deaths in Portugal, adding that hospital admissions in France were up 27% and intensive-care admissions 17% in a week’s time.

“The holiday season is about to start, almost all restrictions have been relaxed — things could take off again very fast indeed,” he said. “It’s concerning that only 29% of over-60s have so far got the fourth dose to which they are all entitled.”

U.S. cases are averaging 96,218 a day, down 15% from two weeks ago, according to a New York Times tracker. Cases are now falling in roughly half of the 50 states, and are coming down fastest in the Northeast and Midwest. But cases — and hospitalizations — are rising in the South and West.

President Joe Biden on Tuesday welcomed the arrival of vaccines for very young children. “Finally, some peace of mind,” Biden said at a White House event to mark the start of the inoculation of children below the age of 5, the last group to be added to the U.S. program.

The Food and Drug Administration and the Centers for Disease Control and Prevention cleared lower-dose vaccines for young children from Pfizer PFE, +2.18% and German partner BioNTech BNTX, +1.99% and from Moderna late last week, following the recommendations of expert panels.

Moderna MRNA, +6.30% said Wednesday that it shared new data with regulators about its bivalent COVID-19 booster’s antibody response against the BA.4 and BA.5 subvariants as it seeks to update its authorized booster with the new formulation.

Moderna’s bivalent booster protects against both omicron and the original strain of the virus. The company said that participants in the study were vaccinated and boosted before receiving a shot of the experimental bivalent booster.

Moderna also said the bivalent booster generated protective antibodies against the new subvariants, though not as many as it did against BA.1.

“We will submit these data to regulators urgently and are preparing to supply our next generation bivalent booster starting in August, ahead of a potential rise in SARS-CoV-2 infections due to Omicron subvariants in the early fall,” Moderna CEO Stéphane Bancel said in a news release.

Pfizer CEO Albert Bourla, meanwhile, told MSNBC that it’s “almost certain” that coronavirus vaccines will be adapted each year. “The beauty of” mRNA vaccines is how they can be resequenced, he said, making it possible to create vaccines designed for omicron.

Bourla said a panel of expert advisers to the FDA will meet June 28 to talk about what’s needed in the next generation of vaccines.

“Whatever the decisions [made at the FDA committee of experts meeting on June 28], we are ready for that. We have developed monovalent vaccines and multivalent vaccines in higher doses, lower doses, and they are all waiting so that we can hear what they think is the best way forward so that we can provide a vaccine that is way better than the current one,” he said.

• Broadway theaters are dropping their mask mandates next month, letting audience members opt to go maskless for the first time since theaters fully reopened last September, the Wall Street Journal reported. The Broadway League, the industry’s trade association, said it would re-evaluate masking rules monthly. A decision for August will be announced in mid-July, the association said Tuesday.

• China’s COVID outbreak is spreading to its south coast, creating a wave of cases in technology hub Shenzhen that has led to mass testing and a lockdown of some neighborhoods, Bloomberg reported. Gambling hub Macau — which is an hour’s drive away from Shenzhen — is racing to stop its first outbreak in eight months. The move comes as Shanghai and Beijing appear to be making progress in reining in cases after months of strict curbs and in the case of Shanghai, a lengthy lockdown.

• The five-day Glastonbury Festival has started in the U.K. for the first time in three years after being disrupted by the pandemic, the Associated Press reported. Festival headliners include Billie Eilish, Diana Ross, Kendrick Lamar and Paul McCartney. Some 3,000 artists are scheduled to perform. Some festival attendees were struggling to reach the site because rail workers in Britain are striking over pay.

• Prime Minister Mia Mottley of Barbados has tested positive for COVID, according to an official statement, the AP reported. Mottley’s office said Monday that the leader of the eastern Caribbean island has a mild case and will remain at home, adding that she is fully vaccinated. Motley was sworn in for a second term in January after her party held a snap general election after the country cut ties with Queen Elizabeth II late last year.

The global tally of confirmed cases of COVID-19 topped 540.7 million on Wednesday, while the death toll rose above 6.32 million, according to data aggregated by Johns Hopkins University.

The Centers for Disease Control and Prevention’s tracker shows that 221.9 million people living in the U.S. are fully vaccinated, equal to 66.8% of the total population. But just 104.7 million have had a first booster, equal to 47.2% of the vaccinated population.

Just 16 million of the people aged 50 and over who are eligible for a second booster have had one, equal to 25.3% of those who had a first booster.