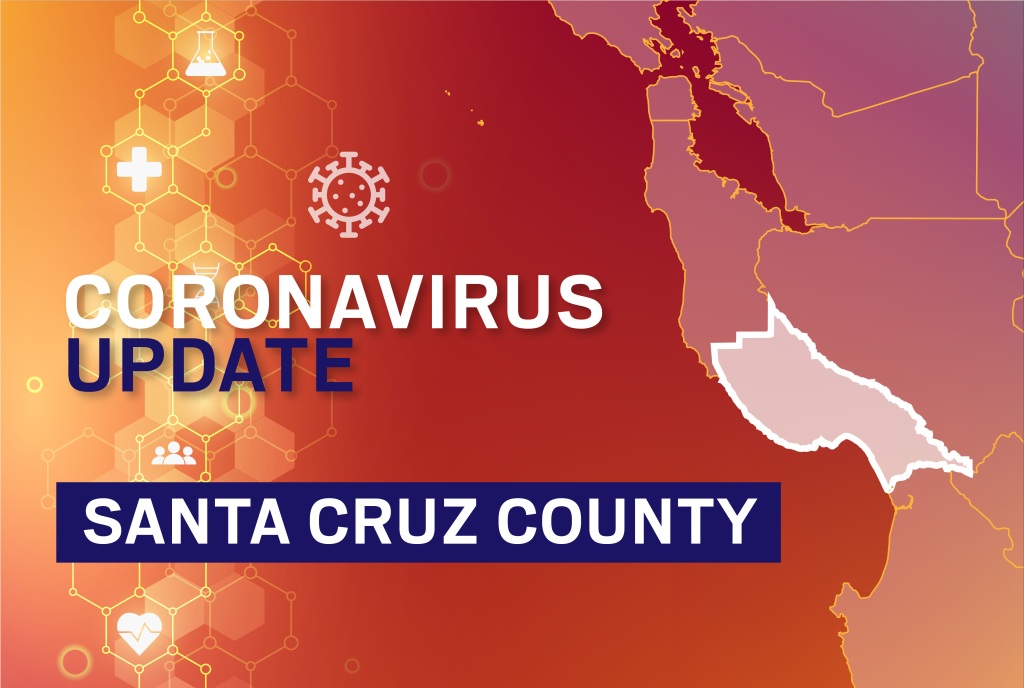 SANTA CRUZ — The skies have been mostly dark to start the year in Santa Cruz County as the region suffers disastrous impacts from a series of prolonged and intense winter storms. But in one arena of the public health sphere, there is a bright spot.

A wave of respiratory illness that has been afflicting the county since late last year appears to be subsiding, according to local wastewater data. The so-called “tripledemic” of COVID-19, influenza and respiratory syncytial virus or RSV surged in November and December as indoor holiday gatherings increased. Local hospital beds reached 95-98% capacity.

But Santa Cruz County Deputy Health Office David Ghilarducci says this storm may be passing, as numbers for all three viruses decrease.

For COVID-19 in particular, Ghilarducci says “we did see a jump up right after Thanksgiving and it pretty much stayed steady throughout the Christmas and New Year’s holidays and now we’re starting to see it come down, which is really encouraging.”

Ghilarducci says that assessment is primarily based on reliable wastewater data, which can detect the gene highly predictive of COVID-19. As of Friday, local wastewater data was trending down overall. As of Jan. 8, there were 149,914 copies per gram of the gene measured in the North County region. That figure was consistently elevated throughout the entire month of December and was as high as 372,017 on Dec. 27.

The South County trend is similar, with January virus levels markedly lower than December. As of Jan. 10 there were 344,548 copies of the gene per gram of waste in South County, compared to 610,979 copies per gram Dec. 22.

Ghilarducci said bed capacity in local hospitals is still limited, but “it’s not like it was earlier when we were seeing emergency departments get overloaded. We’re not seeing that happen like we were before.”

He added that the county’s public health officials have also mobilized in response to the recent flurry of storm activity and are providing masks and hand-washing facilities at local evacuation shelters to prevent the spread of COVID-19 and other infectious diseases.

But as the virus has shown time and time again, a new concerning variant has emerged that public health officials across the county have their eye on.

Ghilarducci said there is a new omicron subvariant called “XBB.1.5,” which has exhibited an ability to spread faster than previous variants but has shown no signs of causing more severe illness so far. He said the variant is primarily found in northeast regions of the country but is expected to eventually become dominant in California.

“There’s still really good evidence that the vaccines and the boosters are protective in keeping you out of the hospital and keeping you alive,” Ghilarducci said. “The difference between the vaccinated and unvaccinated group is really stark.”

In that effort, there is still a large gap to fill.

According to vaccination data from the California Department of Public Health, only 65,708 or 31% of eligible individuals in Santa Cruz County had received their bivalent booster vaccine, which was created to target newer virus variants. About four weeks ago that total was 59,726, meaning roughly 5,900 more individuals have taken the vaccine in the past month.

By comparison, 211,542 or about 77% of eligible community members have taken their primary COVID-19 vaccination series.

In addition to getting vaccinated, Ghilarducci said health officials are continuing to encourage people to wear a mask in crowded indoor spaces, even as they recognize the appetite for such measures is waning.

“We continue to encourage it because it really is an effective, cheap and frankly easy way to prevent transmission,” Ghilarducci said. “But we recognize people are tired of it and so it does come down to personal risk assessment and a judging of the setting that you’re in.”