The Perfect Enemy | COVID-19 hits a US plateau: Why aren’t cases going up or down?
Skip to content
July 7, 2022
Read Time:4 Minute 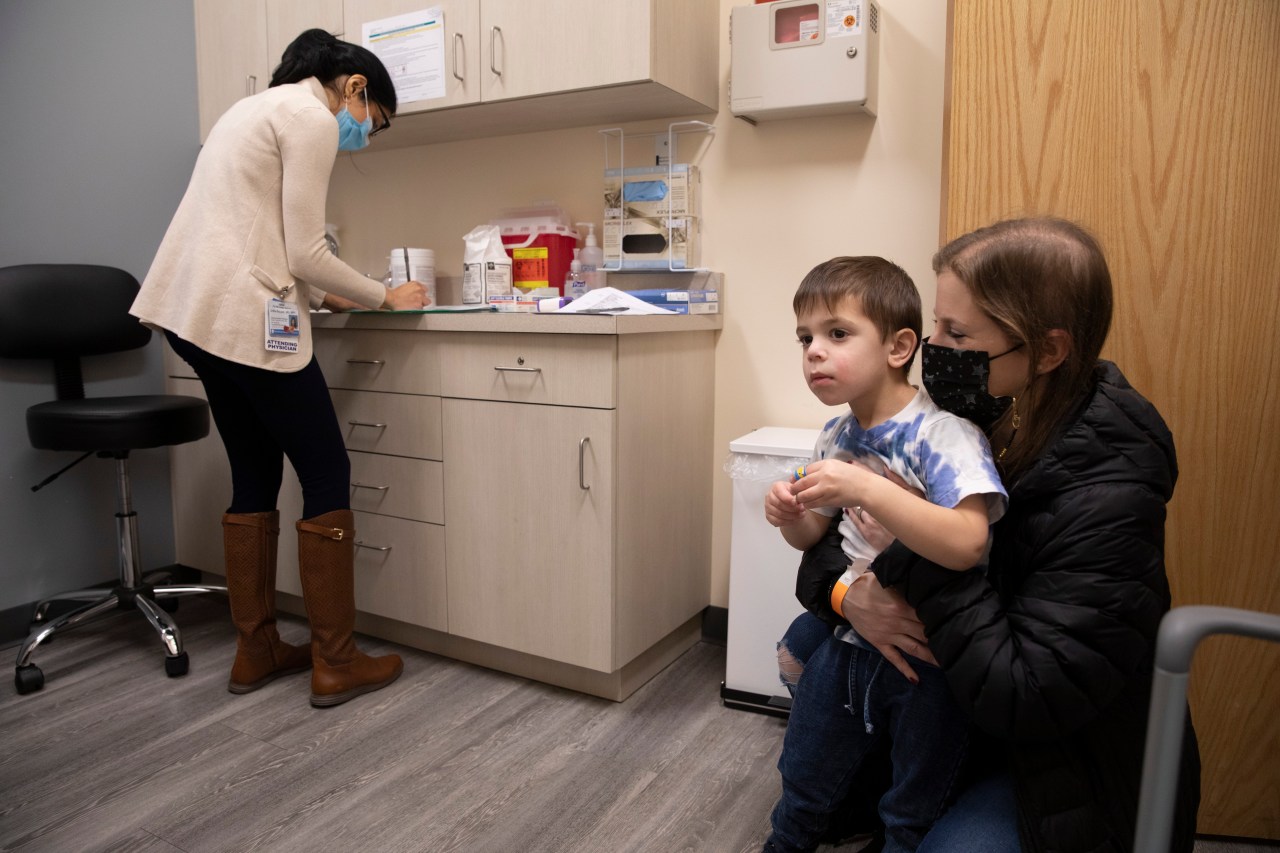 Coronavirus cases in the U.S. have hit a plateau of around 100,000 new cases per day with little indication on whether they will rise or fall in the coming weeks and months of summer.

The current wave of cases began in April with the spread of the BA.2 “stealth” variant.​ Cases began to hover at the 100,000 per day mark in mid-May.

Previous waves in the U.S. have typically declined a few days after reaching a peak, but the current plateau has now lasted more than a month.

For the past few weeks, cases have undulated only slightly up and down and public health experts say this trend may be indicative of what we can expect going forward.

“I do think that there will be ups and downs, but I think they’ll be increasingly less dramatic. The highs won’t be as high and I don’t think the lows will be as low, at least for the foreseeable future,” said Eric Toner, senior scholar at the Johns Hopkins Center for Health Security at the Bloomberg School of Public Health.

The main explanation for why cases aren’t rising higher or falling from their peak, as in previous waves, is the level of vaccinations in the country.

At this point in the pandemic, around 66 percent of the U.S. population is fully vaccinated — including about 77 percent of adults.

With vaccinations and prior infections now widespread in the U.S., the majority of people are likely to have coronavirus antibodies in their systems to some degree. It is perhaps thanks to the presence of these antibodies that coronavirus-related deaths did not similarly spike when cases began rising in the spring.

At the same time, most restrictions on behavior once common during the pandemic have been lifted. Fewer people are isolating and more people are going to events and restaurants. Masks are largely a thing of the past.

The gross number of cases being reported by health agencies right now may also be skewed by the prevalence of at-home testing.

“Because the vast majority of testing is now done at home by individuals, not being reported, we don’t have a complete picture of how many cases there are,” said Toner.

But Toner said he doesn’t think this would make a difference in terms of the trend on case rates.

Globally, COVID-19 cases and deaths have been trending downward, according to the World Health Organization (WHO).

“​​The global decline in reported COVID-19 cases and deaths is continuing. Reported cases and deaths have now both fallen more than 90 percent from their peaks earlier this year. This is a very welcome trend,” WHO Director-General Tedros Adhanom Ghebreyesus said on Wednesday.

In the United States, hospitalizations also rose during the most recent wave of new cases, though not nearly as high as during the three preceding waves.

This development can also probably be attributed to vaccinations, boosters and the availability of antivirals like Pfizer’s Paxlovid and Merck and Ridgeback’s molnupiravir.

While the national average case rate appears to be traveling along a straight path, the spread of COVID-19 cases varies across different regions of the country.

According to the most recent data from the Centers for Disease Control and Prevention (CDC), about 10 percent of U.S. counties are considered to have high COVID-19 community spread levels, where residents are advised to wear masks when in indoor public spaces.

At the moment, a modest majority of about 58 percent of counties are considered to have low COVID-19 community spread levels.

Much of the southeastern region of the U.S. appears to have low levels of coronavirus community spread, apart from Florida, where the majority of its counties are considered to have high levels.

“In the Northeast, the areas where the cases have been relatively high, they’re decreasing — not falling fast but they are decreasing. In the West, in parts of the South and mountain states cases are increasing,” Toner said. “But nothing is happening as dramatically as what we’ve seen before.”

While the BA.2 wave appears to be locked in place, other variants have continued to crop up, such as the BA.4 and BA.5 subvariants of the omicron strain. An increase in cases stemming from these strains have been observed in numerous European Union countries and the U.S., indicating that they may soon become the dominant variants.

In the U.S., BA.4 and BA.5 account for 8.3 percent and 13.3 percent of cases, respectively, according to CDC surveillance.

Limited data suggests that the BA.4 and BA.5 subvariants are not associated with more severe illness when compared to BA.1 and BA.2. It remains to be seen whether these strains could lead to another rise in cases.