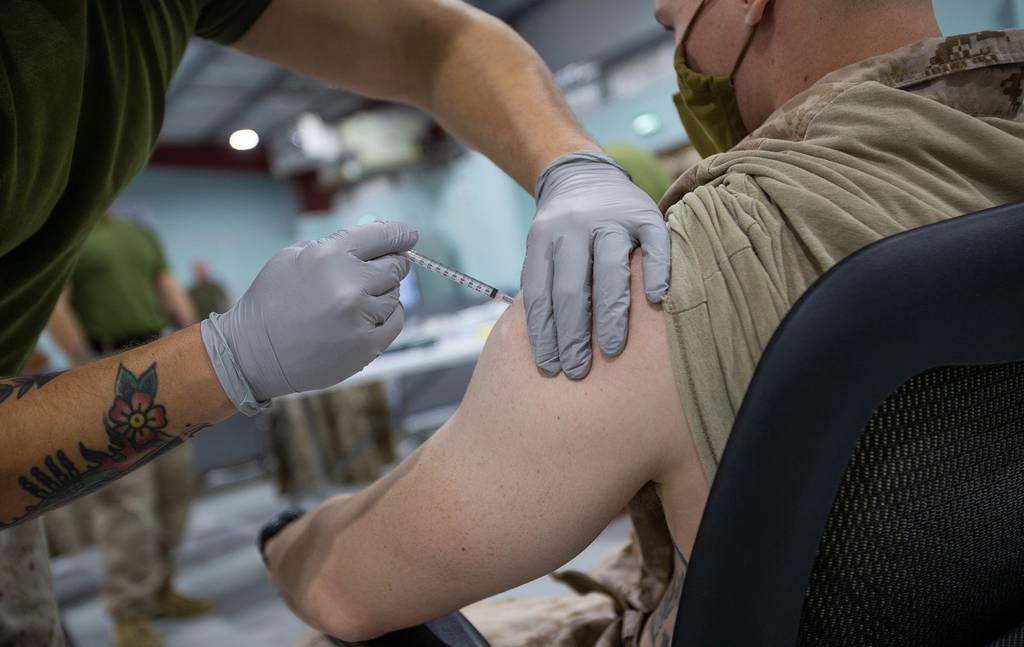 The Marine Corps is suspending any administrative actions for certain Marines seeking a religious exemption from the COVID-19 vaccine — similar to what the Navy did earlier this year.

The guidance follows a preliminary injunction that a U.S. federal district court judge issued in August blocking the Marine Corps from separating, discharging or retaliating against any Marine for refusing the COVID-19 vaccine on religious grounds, provided they meet certain qualifications.

“The Marine Corps will not enforce any order to accept COVID-19 vaccination, administratively separate, or retaliate against Marines in the class for asserting statutory rights under the Religious Freedom Restoration Act,” a Sept. 13 Marine Corps administrative message stated.

“Commanders shall pause all administrative actions related to the involuntary separation of a class member, regardless of the current status of the separation process,” the message said.

The guidance applies to Marines whose original religious exemption request was denied by Manpower & Reserve Affairs, and whose appeal request to the assistant commandant of the Marine Corps was submitted in a “timely manner” and was subsequently denied or is still pending action. The class includes approximately 1,150 Marines, Marine Corps spokesman Maj. Jay Hernandez told Marine Corps Times.

The guidance means that the Marine Corps will not issue orders to receive the vaccine, will not administer counseling to those who’ve refused it, and will not conduct any administrative separation boards. Likewise, the service will not issue any DD-214s.

Commanders may consider vaccination status in making assignment, deployment and other operational decisions, according to the MARADMIN. It notes that Marines not fully vaccinated are not considered to be worldwide deployable and will be assigned or reassigned locally.

Judge Steven Merryday of the U.S. District Court for the Middle District of Florida in Tampa noted in his order that out of 3,733 Marines who requested religious accommodations, only 11 who were retiring or separating imminently were granted waivers.

“Because the record reveals the substantial likelihood of a systemic failure by the Marine Corps to discharge the obligations established by RFRA, a class wide preliminary injunction is warranted to preserve the status quo, to permit the full development of the record without prejudice to the plaintiffs, and to permit both a trial and a detailed, fact-based resolution of the controlling issues of fact and law,” Merryday wrote.

The preliminary injunction was issued after Liberty Counsel, a Christian ministry that “proclaims, advocates, supports, advances and defends the good news,” sued Secretary of Defense Lloyd Austin in response to the mandatory COVID-19 vaccine mandate.

In March, the Navy issued similar guidance preventing sailors who sought religious exemptions from the COVID-19 vaccine from facing retaliation, after U.S. District Judge Reed O’Connor issued a preliminary injunction blocking the Navy from penalizing 4,000 sailors as part of a class action lawsuit.

Still, the Navy’s guidance said the service could temporarily or permanently reassign unvaccinated sailors based on mission requirements.

“The Navy may continue to consider the unvaccinated status of Navy service members when making deployment, assignment, and other operational decisions,” a March Naval administrative message stated.