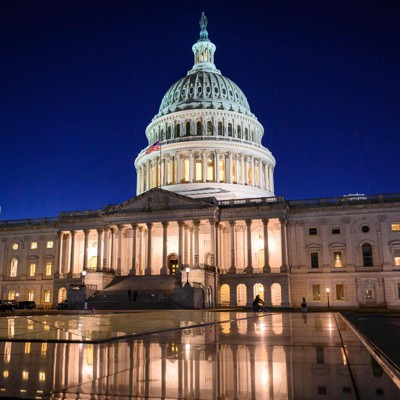 Since the new Congress has come into session, House Republicans, now in the majority, have introduced a slew of bills targeting the federal government’s COVID-19 response and reinforcing much of their messaging about the pandemic.

The bills include measures taking various shots at vaccine mandates; prohibiting agencies from issuing vaccine passports; looking into the origins of COVID-19; reinstating members of the armed forces who were ousted over not complying with the now-defunct vaccine mandate; and increasing accountability for how COVID-19 funds are spent.

With the Democrats controlling the Senate and White House, the Republicans will need support from them to actually enact these measures. Here are some of the other recent headlines you might have missed.

The Health and Human Services secretary renewed the public health emergency for COVID-19 on Wednesday for the 11th time. According to Politico, administration officials are looking to end the declaration in the spring, but no decision has been made yet and the administration will issue a 60-day notice beforehand.

Washington D.C. Mayor Muriel Bowser’s “comeback plan” for the city released on Monday builds on her remarks during her swearing-in ceremony last week asking the federal government to take more action on its post-pandemic workplace plans. “D.C. is losing population to neighboring counties, particularly working-age adults,” reads the report. “D.C. has a high share of occupations that are remote work enabled, (~42% of jobs in D.C. can be done remotely), increasing the risk of outmigration and increased office vacancies; the federal government’s stalled return to office and shrinking office footprint exacerbates this threat (federal government accounts for ~190K jobs).”

Additionally, part of the “framework for action” is to “leverage D.C.’s federal presence to benefit residents and businesses through jobs, leasing, contracts and small business spending.”

In regard to the mayor’s remarks, Robin Carnahan, administrator of the General Services Administration, the federal government’s landlord, said on Federal Drive on Thursday that GSA is relying on agency officials to share their needs and GSA is working closely with the Office of Management and Budget on the office space plans agencies submitted in December. “We are testing new ideas, because we know that how people work and where they work is going to look different,” said Carnahan, noting it is unclear exactly what this will look like ultimately and how it will change over time.

“We’re also doing a thing, I think later this month, actually, it’s called the Workplace Innovation Lab…here at 1800 F,” she said. “The idea is, we have a bunch of different configurations and setups of office space that are more reflective of this new work environment. And so, agencies can come in and look at it, they can put their teams in, they can work there for a day, they can work there for a week, and just sort of see if it meets their needs.”

On Thursday, a federal appeals court upheld a district court’s injunction of the vaccine mandate for federal contractors in Kentucky, Ohio and Tennessee, but changed the scope of it. This will “only prohibit the federal government from enforcing the contractor mandate against the three plaintiff states,” which is “a subtle difference from the lower court’s ruling, which blocked the mandate from affecting ‘all covered contracts’ in the three states,” Courthouse News Service reported. “The ruling explains that the difference is important, as technically the lower court’s ruling could affect contracts for non-plaintiffs.”

Help us understand the situation better. Are you a federal employee, contractor or military member with information, concerns, etc. about how your agency is handling the coronavirus? Email us at newstips@govexec.com.