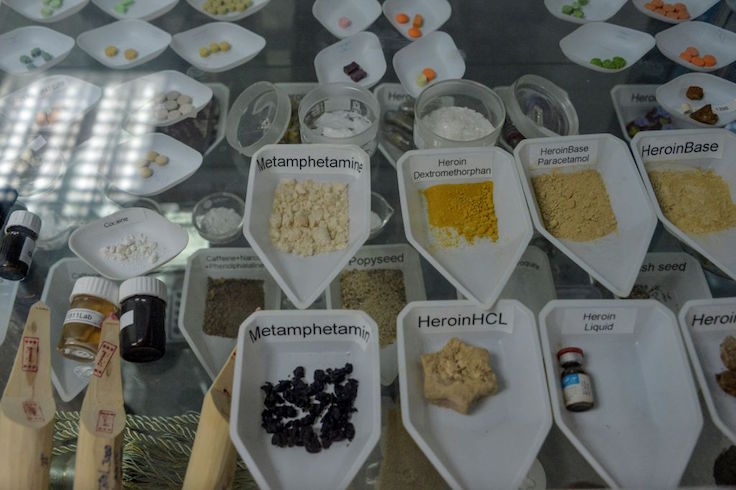 It must be nice to be Beth Macy. The bestselling author of Dopesick: Dealers, Doctors, and the Drug Company that Addicted America and now Raising Lazarus: Hope, Justice, and the Future of America’s Overdose Crisis, sees the world in black and white. For Macy, whose cliché-ridden prose borders on painful, the fact that there were 100,000 overdose deaths between May 2020 and April 2021 can be blamed almost entirely on corporate greed. The people who are using drugs are victims of an economic and political system that is stacked against them, created almost entirely by an army of evil Republicans. And the only way to help ordinary Americans is to take profits from drug companies, dismantle the criminal justice system, and institute socialized medicine. Macy is almost always wrong, but never in doubt.

It is easy to see why Macy got an audience when Dopesick was published. She actually spent time in the parts of the country—particularly Appalachia—that were being overrun by opioids. (She had previously published a book called Factory Man about manufacturing jobs leaving America.) She interviewed users and dealers and chronicled the desperate lives that were destroyed by drugs. She wasn’t the first, but at a time when many readers were still trying to figure out what was behind Trump’s victory, Macy offered them a story. She grew up in this world and her own family and friends have been touched by the devastation.

She prides herself on her gritty reporting but unfortunately it’s full of banalities like, “I spoke with Bisch multiple times most weeks. … I know how he takes his coffee, that he calls sub sandwiches hoagies, that he pronounces the word huge ‘yu-u-ge.’” Talk about seeing into someone’s soul.

Or this: “Mathis vowed to meet drug users where they are—physically, spiritually, and emotionally. But working in the heart of the Bible Belt, she also knew she would have to build bridges before anyone could roll stones across them.” Surely there is an easier way?

Macy tells us that in her “fourth decade as a journalist, I have always done my best storytelling when I follow what moves me, warts and all, relying on the long game to illuminate what the great Robert Caro means when he says, ‘Time equals truth.’” Robert Caro should sue to get his name out of this sentence.

Raising Lazarus is focused on finding the people who will solve the problem. And Macy interviews plenty of real-life saints, people who go into drug dens, persuade addicts to go to counseling, bring them food, get them to go to the hospital to be treated for HIV or hepatitis. They will call people every day for two straight months to get them to try some kind of rehab. It is hard work, not just because, as Macy suggests, there is not always enough funding or support from local authorities. But also because the lives of drug addicts are difficult and messy, and it’s hard not to get emotionally involved with them.

Macy is most interested in medically assisted treatment, helping substance users switch from opioids or heroin to Buprenorphine. And while there are plenty of folks in law enforcement, the criminal justice system, and the medical community who are worried about people trading one addiction for another, there is a lot of evidence in favor of using such treatments to help people combat the serious withdrawal effects of going off drugs. Time and again, “dopesickness” makes it all but impossible for some addicts to get clean.

The fact that there are physical symptoms associated with drug addiction and drug withdrawal means for Macy that addiction is just like any other physical ailment. She quotes one Mississippi lawyer who explains that “you ought to be able to go to the ER, just like if I broke my leg and they fix it up. Well, this is the same thing. It’s a disease and people ought to be able to go somewhere and be treated for it.” A few pages later, she complains that drug addicts are treated differently from cancer patients. “Lisa had not been told to let her daughter ‘hit rock bottom’ before taking her to an oncologist. … No one suggested to Lisa that she simply lock up Amelia as treatment for her disease.”

It does not take anything away from the fact that addiction is a physical problem to suggest that it is not the same as cancer or breaking a leg. But Macy has no room for such subtleties. She argues that there should be almost no requirements for addicts to get “bupe,” as it’s commonly called, or even just clean needles to continue using. For Macy, meeting addicts where they are means a policy of all carrots and no sticks. They should get housing and food and not even be required to attend counseling. “Pizza parties and old-fashioned house calls were the carrots. Continued medicine was the carrot. So were clean needles for the 40 percent of people who use drugs and weren’t yet ready to stop using. The sticks were—as long as you didn’t turn the local Walgreens into a trap house—well, there shouldn’t be any sticks.”

Macy has no sense that even addicts respond to incentives, and making addiction as comfortable as possible for them might have poor effects. Particularly since she believes that the solution to the opioid epidemic lies in greater government funding of health care. “Federal leaders should adopt Medicare for All so that basic health care, SUD [Substance Use Disorder] treatment, and mental health treatment with an emphasis on childhood trauma—arguably the biggest driver of SUD—can’t be so easily politicized.” And, by the way, she concludes that the United States “will not reverse its declining life expectancy until we replace our current system of corporate socialism with one that puts the health and happiness of regular people ahead of billionaires.”

If you want to know how she knows all these things, don’t look for any footnotes to studies or research, there aren’t any. Instead, she relies on a few academics and politicians, and, of course, “lived experience.” She writes, “It took me more than a decade to fully grasp this, but people who use drugs are the real experts.” What could go wrong with this strategy?

The other thread in Raising Lazarus is the problem with our billionaires, particularly the Sackler family who owns Purdue Pharma, the maker of OxyContin. Macy clearly believes the Sacklers were out to get as many people addicted to their drug as possible from the beginning, and its members are rubbing their hands together at the prospect of so many people suffering.

Macy practically drools every time she sees a protest outside the courtroom where the Sackler bankruptcy is being discharged. She thrills to the sound of congressional hearings over their misdeeds, convinced that each clever jab by a lawyer or legislator is going to be the end of the company. She breathlessly recounts the story of activists who release thousands of fake prescriptions inside the Guggenheim to protest the use of the Sackler name in the museum. She calls it “mesmerizing theater, a camera-ready call out,” and then recounts how two of the activists turned it into a first date, with sushi afterward. Heartwarming stuff.

Perhaps the saddest part of Raising Lazarus is how many of the family members of overdose victims are also hanging on the every turn of the Sacklers’ fortune. They have been persuaded that bringing these billionaires down will somehow change things for their families or even for others going forward. The truth of the matter is that the opioid crisis is nowhere near as simple as Macy makes it out to be. Sure manufacturing jobs were lost, sure there are problems with using the criminal justice system to deal with addiction. But the problems in these communities are complex.

They involve economic changes, educational failures, family breakdown, loss of religious institutions, and a failure of human connection. Macy is right that just trying to replicate the work of the saints she meets is not going to fix the system or the fundamental problems at the root of the crisis. Nor is ending the use of the word addict, by the way, another suggestion she offers.

In a book that purports to describe the “hope” from the personal connections people can make to those suffering from substance abuse, it is finally surprising how little Macy has to say about the lockdowns during COVID. While she does note that this seemed to interfere with people getting to rehab or counseling, and that many of the people she profiled were hampered in their work, and that the substance abuse and overdoses seemed to increase during the past couple of years, she cannot come up with anything to say about the legislators who set these policies in place. Faced with the idea that a progressive Democrat could come up with a bad plan, Macy is practically speechless. It’s a miracle perhaps only surpassed by the raising of Lazarus.

Naomi Schaefer Riley, a senior fellow at the American Enterprise Institute and the Independent Women’s Forum, is the author of No Way to Treat a Child: How the Foster Care System, Family Courts, and Racial Activists Are Wrecking Young Lives.