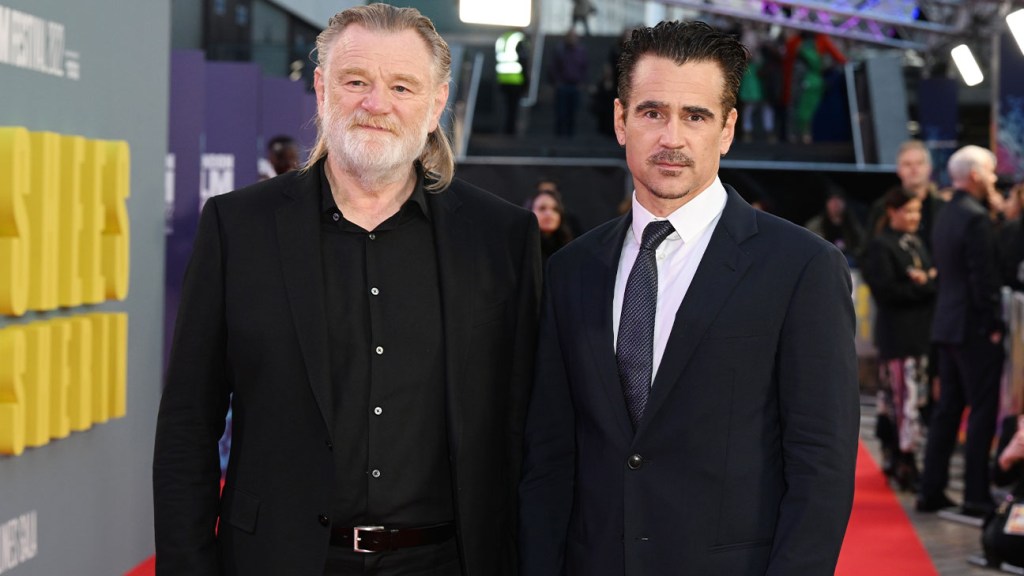 Colin Farrell, Brendan Gleeson and Michelle Pfeiffer are among the Hollywood stars who will not appear at this year’s Critics Choice Awards as planned after testing positive for COVID-19.

A rep for Farrell confirmed to The Hollywood Reporter that the Banshees of Inisherin stars, who have been nominated for best actor and best supporting actor, respectively, would not be attending in person after contracting COVID-19. The news comes less than a week after both attended the Golden Globes, held Tuesday, where Farrell took home the award for best actor in a comedy or musical.

The Searchlight Pictures film is going into the Critics Choice Awards with nine nominations. That includes Farrell and Gleeson, as well as Barry Keoghan and Kerry Condon; two for writer-director Martin McDonagh for best director and best screenplay; one for best picture; one for best acting ensemble; and one for best comedy.

Pfeiffer, who was expected to present her The Fabulous Baker Boys co-star Jeff Bridges with the Lifetime Achievement Award, shared her news on Instagram Sunday ahead of the show. In her message, she expressed sadness over not being able to attend in person before congratulating the night’s nominees and celebrating Bridges’ talent.

“I’m so sorry to be missing the Critics Choice Awards today,” she wrote. “Especially disappointed not to witness @thejeffbridges receive his Lifetime Achievement Award. Pauline Kail said it best — “He (Jeff) may be the most natural and least self-conscious actor that has ever lived.” EVER LIVED. It is what all actors strive for, and Jeff hits it every time…with every role that he slips into.”

Farrell and Gleeson aren’t the only nominees who will be missing the awards after testing positive. Everything Everywhere All at Once star Jamie Lee Curtis revealed on Friday that she had also tested positive and would not be able to cheer on her cast and crew at the awards show.

The best supporting actress nominee took to Instagram to express her frustration about her diagnosis. “Fuck COVID! Sadly, this head cheerleader is not going to be at all the weekend festivities cheering on her friends and colleagues,” she said in a caption of a photo of three positive tests. “Life on life’s terms.”

Proof of COVID testing and vaccination, as well as mask requirements, have been a mixed bag this awards season, with some events not requiring anything for their in-person ceremonies, while others, like the Globes and the Critics Choice Awards, have required either testing, proof of vaccination or both.

Hosted by Chelsea Handler, the 28th annual Critics Choice Awards are being held Sunday at Fairmont Century Plaza in Los Angeles and will be broadcast starting at 7 p.m. ET on The CW.