Stand up for the facts!

Our only agenda is to publish the truth so you can be an informed participant in democracy.

We need your help. 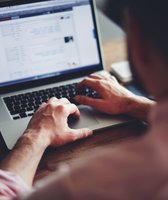 The World Economic Forum hired “unvaccinated pilots” to fly people into Davos, Switzerland, for its annual meeting for safety reasons.

If Your Time is short

The World Economic Forum’s annual meeting is underway in Davos, Switzerland, and misinformation about the event has taken flight.

“WEF hires unvaccinated pilots to fly them into Davos: ‘Safety of our members is No. 1 priority,’” reads one Jan. 15 blog post headline.

It was flagged as part of Facebook’s efforts to combat false news and misinformation on its News Feed. (Read more about our partnership with Meta, which owns Facebook and Instagram.)

The post cites a recent video in which a former pilot says that Josh Yoder, president of U.S. Freedom Flyers, a group against vaccine mandates, “said they’re getting calls now from wealthy businessmen and companies to fly their executives around on business jets with unvaccinated crews.”

“Click bait journalism is a scourge,” Yoder tweeted Jan. 15. “I never said that WEF/Davos has reached out looking for unvaccinated pilots. What I did say was that wealthy businessmen have reached out to me for that purpose.”

We reached out to the World Economic Forum about the blog post but didn’t hear back.

We found no credible sources to corroborate this claim. Rather, on its website, the World Economic Forum has championed COVID-19 vaccines.

We rate this post’s headline False.

In a world of wild talk and fake news, help us stand up for the facts.