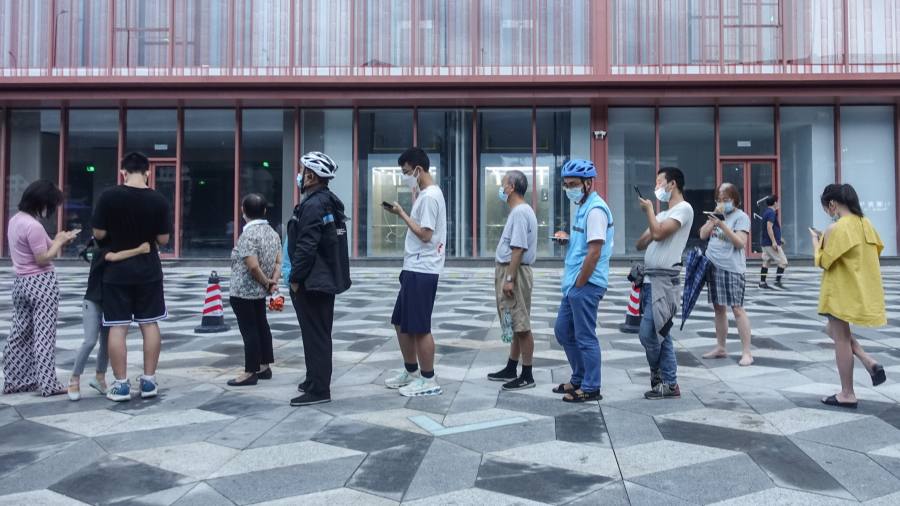 The writer is vice-provost for global initiatives at the University of Pennsylvania. Scott Moore and Amy Gadsden also contributed to this article

China’s catastrophic handling of surges in Covid-19 cases signals that it is turning inward, with worrying implications for global peace and prosperity. Yet bad as this inward turn is for the world, it will be even worse for China.

Beijing’s approach to fighting Covid has been a mirror image of Washington’s. Early in the pandemic, as the US struggled with public health debates about lockdowns and masking policy, China implemented restrictions that curbed the spread of the virus. The Chinese economy quickly recovered from its initial dip, and there was popular support for the government’s zero-Covid policy.

But the emergence of the Omicron variant changed all that. The US and Europe marshalled scientific capacities to produce highly effective vaccines that are allowing the world to transition to endemic Covid. In almost every country except China, people are increasingly leading relatively normal lives.

China’s vaunted biotechnology industry failed to produce an effective vaccine. And its pharmaceutical industry failed to develop a life-saving antiviral such as Pfizer’s Paxlovid. Perhaps most damaging of all is Beijing’s insistence on punitive lockdowns. Rather than phasing out harsh public health measures, Beijing is extending them. Today, over 65mn people are under lockdown, with more than 20 million in Chengdu alone, despite Monday’s fatal earthquake. Meanwhile, the government continues to refuse to buy non-Chinese vaccines and therapeutics or abandon lockdowns because doing so would acknowledge its own failings.

The zero-Covid policy is imposing costs that go well beyond the public health sphere. Youth unemployment is nearly 20 per cent. Exports are dropping. And in June, the IMF and World Bank estimated that strict Covid restrictions are likely to shave a full point off China’s 2022 growth target. And with the country accounting for a full fifth of global growth, a slump there will heap significant economic pain on the rest of the world.

Since its admission to the World Trade Organization in 2001, China’s economy has grown tenfold, largely on the strength of growing exports and foreign investment. But despite the clear historical lesson that China benefits from openness to the world and suffers from turning inward, Beijing seems bent on pulling back from global engagement. Consequently, the world must prepare for the disruption that its inward turn might cause.

For foreign companies, depending on China is increasingly risky, and more are shifting production and supply chain links to countries such as Vietnam, Thailand, India, Mexico and even home.

Geopolitically, China’s turn inward means it will endeavour to showcase its accomplishments and belittle the west. In some cases, this will be relatively benign. Just as in the cold war with the Soviet Union, we could see a renewed space race played out in Mars exploration, Moon landings and space stations. But we can also expect rising tensions over Taiwan, multiple tiny islands claimed by Japan, Taiwan and China, and other faultlines.

For much of the world, the end of the pandemic is in sight. But for China, controlling Covid will remain the overriding priority, at great cost. The task now for the US and the rest of the west will be ensuring that the price is not prohibitively high, even if the Chinese government imposes terrible costs on its own citizens.