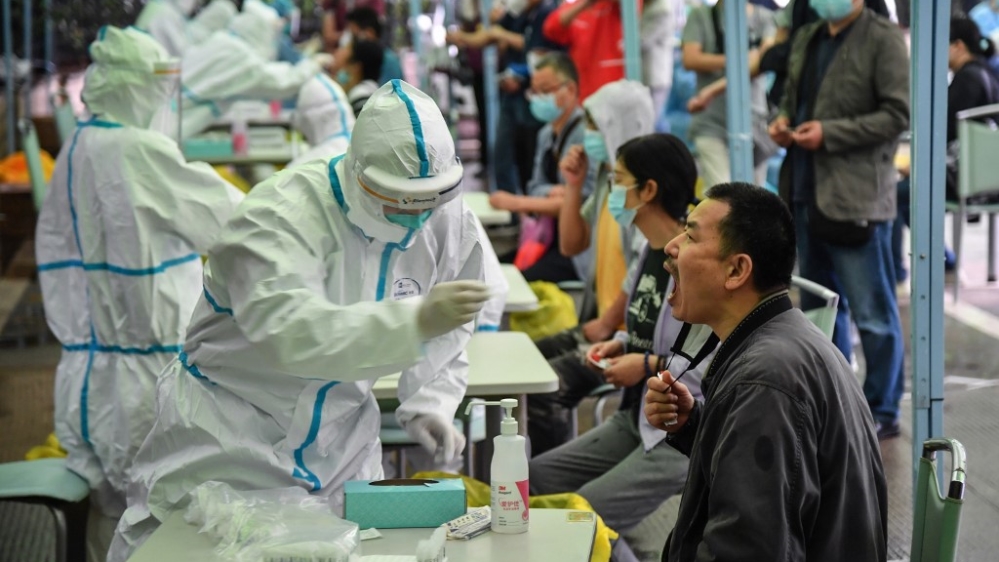 China’s Wuhan has ordered some businesses and public transport to close after authorities discovered four COVID-19 cases in the sprawling city where the pandemic first emerged.

Wuhan’s Jiangxia district, home to nearly 1 million residents, said on Wednesday it would ban large group events and dining at restaurants, close certain public entertainment venues and agricultural markets, and suspend bus and subway services for the next three days.

Authorities also urged residents not to leave the area during the three-day period and travellers to avoid entry.

The restrictions come after officials in the central city of 11 million people said they had detected two cases during regular mass testing and two more while screening close contact individuals.

Under China’s ultra-strict “dynamic COVID zero” policy, authorities across the country have imposed lockdowns and mass testing affecting millions of people in areas where even a handful of infections have been detected.

While China claims to have one of the lowest COVID-19 death tolls in the world, the zero-tolerance strategy has inflicted heavy economic and social costs that have raised questions about the sustainability of trying to eliminate infections as the pandemic rolls into its third year.

China’s economy grew just 0.4 percent year on year in the second quarter, the slowest pace since the start of the pandemic, as lockdowns in big cities, including Shanghai, brought economic activity to a standstill.

Last week, the Asian Development Bank slashed its 2022 growth forecast for China to 4 percent, down from 5 percent in April.

China has set a target of about 5.5 percent growth for this year, which many economists doubt it will be able to achieve under Beijing’s harsh pandemic rules.