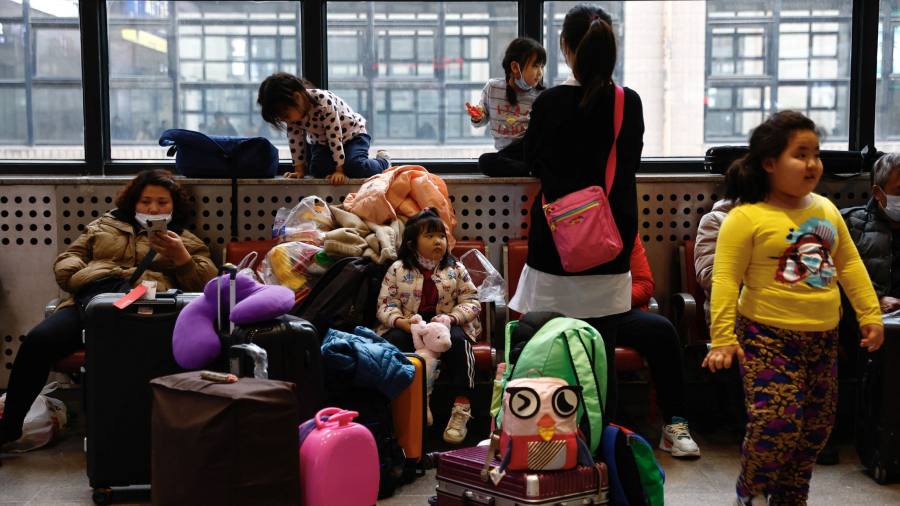 As the global elite descend upon Davos this week, they will have a smattering of optimistic titbits to enliven otherwise awkward conversations about the bleak economic outlook for 2023. For starters, inflation appears to be peaking across the world. In the US it fell to its lowest in more than a year. Across the pond, European natural gas prices have dropped to pre-Ukraine invasion levels. The latest data have made some analysts hopeful that annual global growth will not be as glum as the World Bank’s 1.7 per cent forecast released earlier last week. But uncertainty has not abated — and one wild card question that will loom large over the forum’s deliberations is what China’s surprisingly rapid reopening will mean for the global economy.

After almost three years of self-isolation, China — the world’s second-largest economy — finally reopened its borders on January 8. It has now lifted the bulk of its stringent pandemic restrictions. Few expected president Xi Jinping to capitulate so rapidly on his “zero-Covid” strategy, particularly with so few preparations. Covid-19 has now ripped through the country, with an estimated tens of millions catching the disease each day at one point.

While sickness has dented Chinese economic activity, there are signs that the disruption is fading fast. Some indicators suggest that peak infections in some cities will soon pass, worker shortages are easing and consumers are spending again. Curbs on property developers have also been lifted, though there is scepticism over a purported easing in tech regulation. Capital Economics, a consultancy, now expects China to report 5.5 per cent growth this year, up from 3 per cent earlier. If China can ride out its grim exit wave, its bounce back could have significant global implications.

A resurgence in China’s pent-up consumer and investment activity will support global demand. Goods exporters and popular Chinese tourist destinations, particularly across south-east and east Asia, will benefit. A surge in bookings on travel websites points to a potential recovery in global spending by Chinese tourists, which in 2019 amounted to $255bn. As the world’s largest consumer of commodities, the country’s recovery will give a boost to metal and energy exporters too. And alongside stronger demand, since China supplies 15 per cent of the world’s goods exports, global supply chain pressures are likely to ease further.

Higher demand could, however, prop up global price pressures. Copper, iron ore and other metal prices exposed to China’s property sector have recently rallied. Meanwhile, with China accounting for about a sixth of global oil consumption, some forecasters now project that prices could push back above $100 a barrel in 2023. In Europe, there may be implications for energy supply. Last year, the EU was able to build up gas reserves despite Vladimir Putin’s closure of major pipelines, largely by importing liquefied natural gas. As Chinese LNG demand returns prices will rise and competition for gas will intensify, which could leave Europe with shortages next winter.

If China’s rebound keeps energy prices elevated, inflationary pressures may take longer to wind down, and central banks could be forced into tightening monetary policy even more. With the impact of interest rate rises last year still filtering through to households and businesses, this will be another hit to growth. As the World Bank warned, “any new adverse development” could push the world into recession, given how fragile economic conditions are. Indeed, just how the pandemic plays out in China — and what Xi does next — will be a major factor in how 2023 shapes up for the global economy.