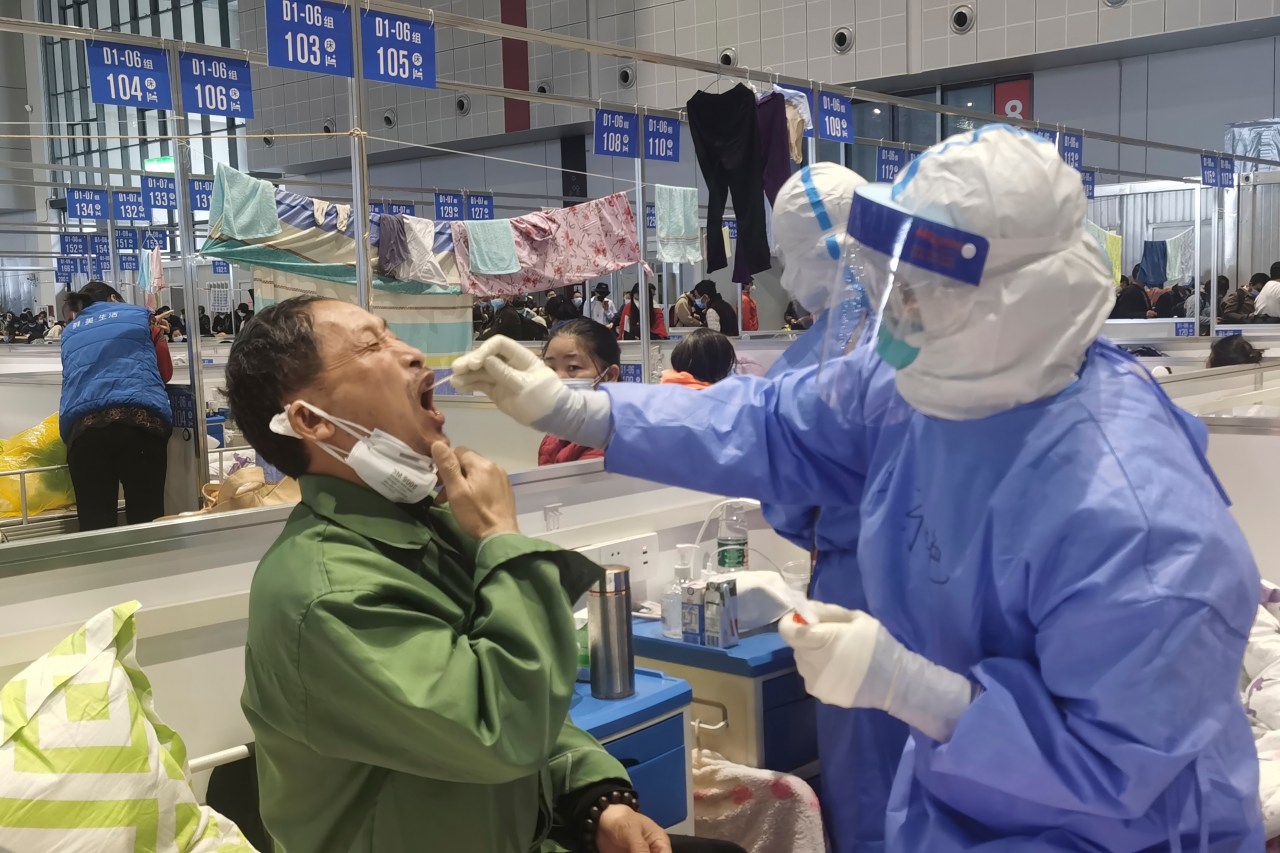 A Sun Tzu quote is a truism that applies even to China’s COVID-19 messaging: “He who occupies high Yang ground, and ensures his line of supplies, will fight to the advantage.” Or, as noted Jedi philosopher Obi-Wan Kenobi once exclaimed in Star Wars: “It’s over Anakin; I have the high ground.” China’s state strategy appears to be much the same for COVID-19 — claim the political high ground to control the narrative.

Taking the high ground has been the Chinese Communist Party’s main public-facing strategy in its international diplomatic fight against blame for the pandemic. The virus likely developed at a Wuhan market, and China has pushed back vigorously on the alternative Wuhan lab leak theory, countering that the virus instead might be a U.S. bioweapon.

China has sought the political high ground through three lines of argument: claiming the U.S. does not follow science; accusing the U.S. political and health care system of highlighting inequality over human rights; and, new for 2022, supporting conspiracies about U.S.-Ukrainian bioweapons labs as a general indicator of U.S. perfidy.

“Zhong Sheng” is a pseudonym attached to articles appearing in the People’s Daily, the premier newspaper of the Chinese Communist Party, commenting on current events to express state messaging. Scholars call the pen name an “open-source secret.” The commentaries produced by Zhong Sheng are often cited in analyses of authoritative viewpoints/perspectives of the state. Since 2010, there are nearly 700 commentaries containing Chinese state viewpoints as projected to an international audience.

In 2022, China still attempts to contain the virus with an extreme “zero-Covid policy.” Lockdowns and isolation were prudent strategies early in the pandemic, but now seem overly draconian to Western observers given the ubiquity of vaccines, including China’s Sinovac, and other effective preventative measures. South Korea has adjusted as the virus has evolved, but China has resorted to responses that medical observers call self-defeating.

The zero-tolerance policy has failed Hong Kong and is failing Shanghai by preventing people from leaving their homes to gather basic supplies or care for elderly loved ones. One animal owner let his dog loose to forage for its food when supplies ran out and a state employee beat the animal to death in the street.

Instead of noting an evolving method to battle COVID-19, China points blame at the West. Zhong Sheng even regarded the 2022 Munich Security Conference theme of unlearning “collective helplessness” as a symptom of the West’s “failure to make timely adjustments to respond to major changes unseen in a century.” As Zhong Sheng claims, the root of the problem is in Western culture, which is focused on confrontation and not “win-win cooperation.”

It will be interesting to see how these themes evolve in 2022, but already we see the high ground theme continuing. One Zhong Sheng article notes that the American failure to contain the virus is a significant human rights issue: “The U.S. government’s unscientific, unequal and irresponsible epidemic prevention and control conducts [sic] have seriously undermined its people’s right to life and health.” The communication seeks to neutralize U.S. criticism of China’s human rights record.

This year, a majority of Zhong Sheng articles are focusing on Ukraine and international order, suggesting that the hegemonic ambitions of the U.S. and its Cold War mentality are harming international peace. While few articles during this period have discussed COVID-19, Zhong Sheng’s amplification of conspiracy theories around false U.S. biological military weapons activities in Ukraine can be seen as return fire for the early idea spread by some Trump administration officials that COVID-19 was a Chinese bioweapon.

Zhong Sheng suggests that China puts its people above politics, using “tailored science-based and targeted controlled politics according to the spread of the pandemic and the features of the virus, so as to maximumly safeguard people’s lives and health.” Directly pushing back on the narrative that China failed in Hong Kong, in the same article Zhong Sheng offers that “China’s institutional advantages and powerful state strength have withstood the test of the pandemic.”

Although the United States exhibited a myriad of failures during the early years of the pandemic, especially during the unprepared Trump administration, its success in vaccinating the population and withstanding various variant waves all while reducing death and hospitalization demonstrate its ability to recover and adjust. The U.S. clearly has not attained the high ground, but it also has not failed.

There really can be no COVID high ground, since everyone is trying to survive this deadly pandemic. Finding ways to use science to evolve with the pandemic is the obvious strategy moving forward. Hard-and-fast rules about how to handle infections run directly against the reality of an ever-evolving threat.

Conservation easements can help 30×30 goals, if we end this loophole A safe, open internet with transatlantic rules is easier than it sounds

Yet, the themes for China’s official messaging remain static over time. China seeks to communicate an aura of strength and science and to highlight the inefficiencies of the U.S. political situation. At the same time, China ignores its own failures in first not notifying the international community of the threat and then holding fast to a “zero-Covid policy.”

Taking a realistic approach to covering the dangers of COVID, the war in Ukraine, and confronting the historical legacy of past failures in an open manner all represent the difference between U.S and Chinese messaging. China seeks to claim a political high ground, while the U.S. allows its flaws to be exposed for all to see — offering two alternatives and two different realities, yet no high ground.