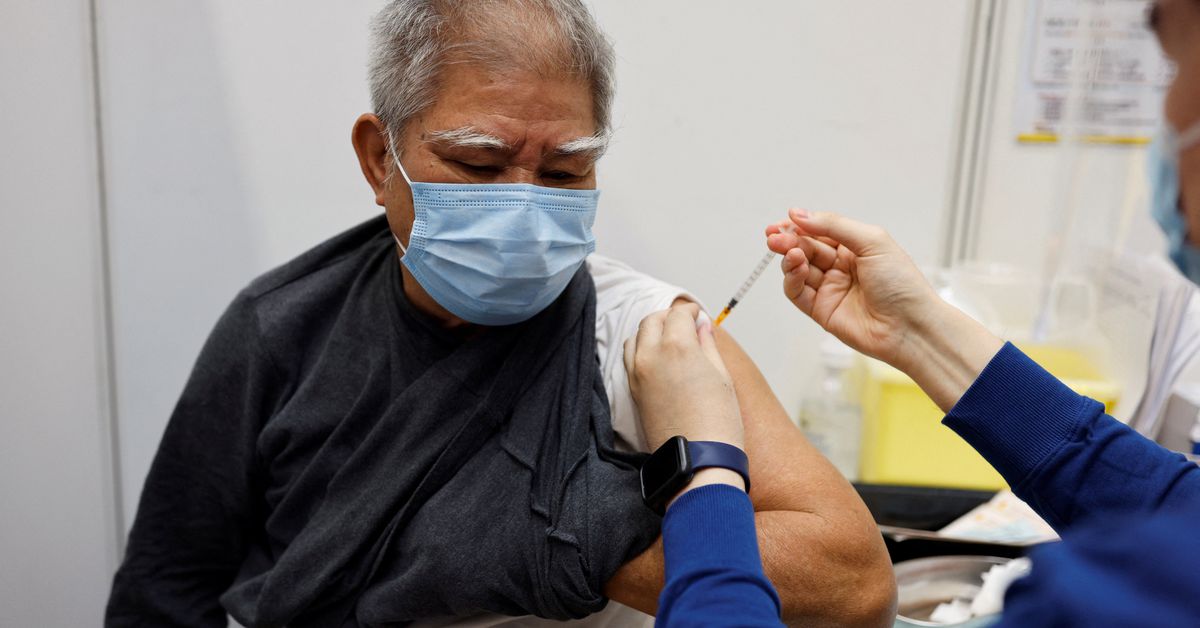 BEIJING, July 23 (Reuters) – China’s COVID-19 vaccines are safe and have been given to leaders of the state and ruling Communist Party, officials said on Saturday, as Beijing steps up efforts to allay public concerns about safety that risk hampering its vaccination drive.

“China’s state and Party leaders have all been vaccinated against COVID-19 with domestically-made shots,” said Zeng Yixin, deputy head of the National Health Commission.

In China, “state and Party leaders” is a specific category of top officials at the national and deputy national level that would include President Xi Jinping and Premier Li Keqiang.

Zeng’s comment, which did not specify when officials received the jab and how many doses they have received, came about two years after the country launched its COVID vaccination drive. China lags behind many other countries in informing its public about the vaccination status of their leaders.

Experts and officials have warned that the lower vaccination rate for the elderly group would likely squeeze health resources if the virus spreads widely, and render China less ready to emerge from its strict “dynamic COVID zero” policy that demands strict quarantine requirement for international travellers and various curbs on people’s movement and local businesses in domestic areas with clusters.

The country has achieved a 89.7% vaccination rate and given about 56% of its 1.41 billion population a booster dose, but only 61% of those aged above 80 finishing their primary vaccination.

However, more aggressive pushes by frontline officials, including limiting access of the unvaccinated to public venues, triggered online backlash and were quickly reversed. read more

A major concern among the unvaccinated is the safety of shots being used in China, with anecdotes of post-vaccination severe disease stirring fear online and criticism over the lack of transparency of the government and Chinese vaccine makers.

“COVID vaccines do not cause leukemia or diabetes, nor do they affect genetic development, cause tumor metastasis or antibody-dependent enhancement, and those are irresponsible, false information on the internet,” said Wang Fusheng, an infectious disease expert at a hospital affiliated with the Chinese military.

The rate of hospitalization for diabetes and leukemia were similar during 2018-2022, Wang told a news conference.

For those aged over 60, the complete primary vaccination using Chinese shots cut the risk of progressing to severe disease by 89%, while a booster dose further lowered the risk to 95%, compared with the unvaccinated, said Feng Zijian, an official at Chinese preventive Medicine Association.

The most used Chinese shots were made by Sinovac and Sinopharm. The country has yet to approve foreign-made COVID products.