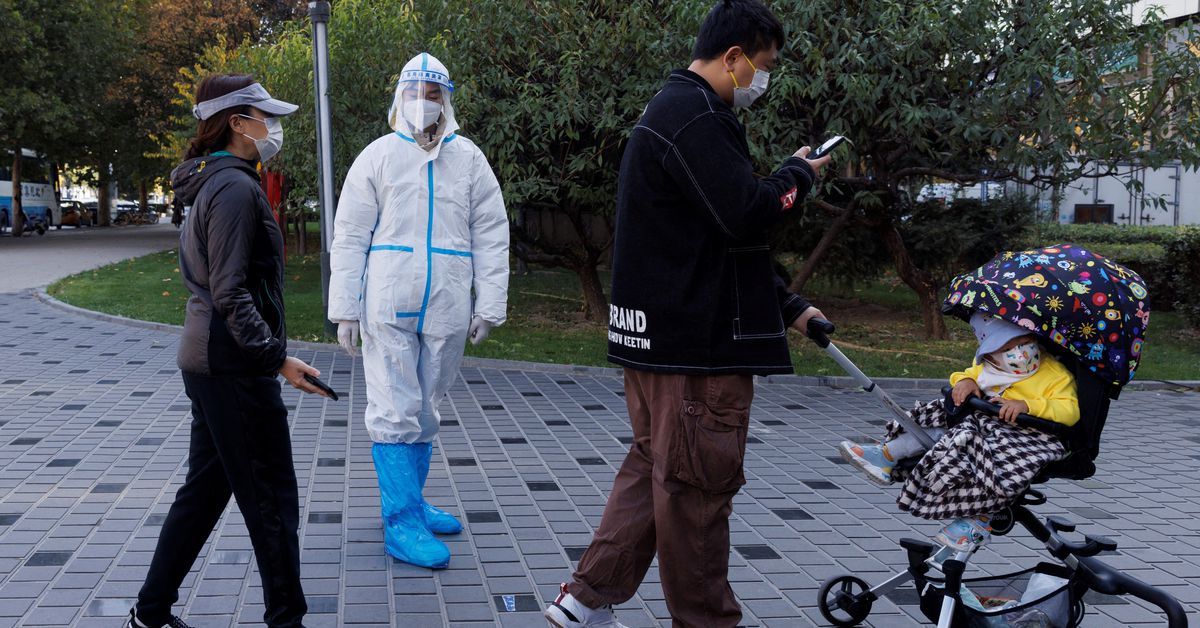 SHANGHAI, Nov 19 (Reuters) – China reported a slight decline in new COVID-19 cases on Saturday as numerous cities across the country battled outbreaks and restaurants and many other businesses in Beijing shut after authorities urged people to stay home over the weekend.

Authorities have recently taken some steps to try ease the impact of their tough zero-COVID policy approach, which is battering the word’s second-biggest economy and sowing frustration and anger, even as case numbers have risen to their highest since April.

Numerous businesses in Beijing’s Chaoyang district, the capital’s main financial and diplomatic area, have shut or announced only limited services.

One restaurant owner in the nightlife hub of Sanlitun told Reuters that authorities had told him and other outlets in the area to close for three days from Saturday.

The outlying Beijing districts of Fangshan and Huairou announced additional testing requirements for people entering from other provinces.

Beijing authorities are on high alert in the hope of preventing the numerous Omicron variant outbreaks in other cities from spreading to the capital.

The latest data for the country showed 24,263 new domestically transmitted cases, of which 2,055 were symptomatic and 22,208 were asymptomatic, down from 25,129 the previous day.

That daily tally is approaching the highs of when the financial hub of Shanghai was locked down earlier in the year.

This time, however, the cases are distributed across numerous cities, where authorities are weighing the costs and benefits of loosening policies that have damaged businesses.

Guangzhou authorities recently announced they would build facilities with more than 250,000 hospital beds to cope with the rising cases. This week, residents staged a protest in defiance of strict lockdown policies. read more

Lockdowns in the city sent some workers fleeing from a factory operated by Apple iPhone manufacturer Foxconn. Authorities have responded by offering low-level officials and residents cash bonuses on top of wages if they stay on the production lines. read more