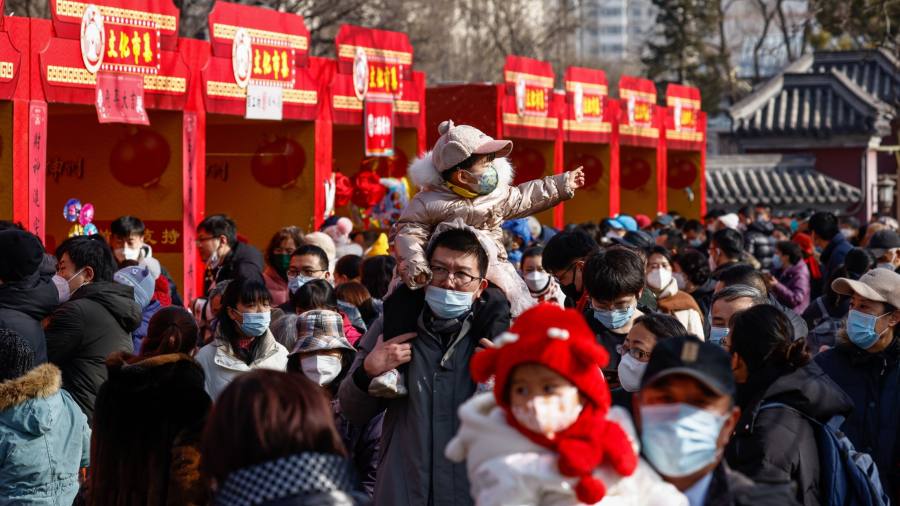 About 80 per cent of China’s population has already been infected with Covid-19, a top government epidemiologist has said, as he played down the possibility of a renewed wave of cases over the lunar new year period.

The festival, China’s biggest annual holiday, runs from January 21 to 27, with financial markets closed all week. It is also celebrated across Asia in countries such as South Korea, Vietnam and Indonesia.

In a sudden turnround late last year, Beijing loosened its strict zero-Covid policy, leading to a mass outbreak. Wu, chief epidemiologist at the Chinese Centers for Disease Control and Prevention, said the wave of infections would protect against a rise in cases caused by the new year migration.

“The likelihood of a large nationwide rebound or a second wave in the next two to three months is small, as this wave of the epidemic has already infected about 80 per cent of the population,” said Wu, according to a report in the nationalist tabloid Global Times.

Wu acknowledged the large movement of people during the holidays could cause infections to rise in some locales.

China has been accused of undercounting the number of Covid-19 deaths after the country said last weekend that nearly 60,000 had died of the disease from December 8 to January 12. Analysts at Airfinity put the likely death toll at more than 641,000.

One factor skewing statistics is pressure on medical professionals from local authorities to avoid noting Covid as the cause of death on official certificates, to the dismay of relatives.

With China abolishing quarantine restrictions in January, travel providers have seen a surge of bookings over the new year period from the country’s 1.4bn population, most of whom have been stuck inside its borders for three years.

South-east Asia and Thailand in particular are set to enjoy the biggest benefit from Chinese tourists who venture beyond mainland China or the territories of Hong Kong and Macau, a gambling hub adjacent to southern Guangdong province.