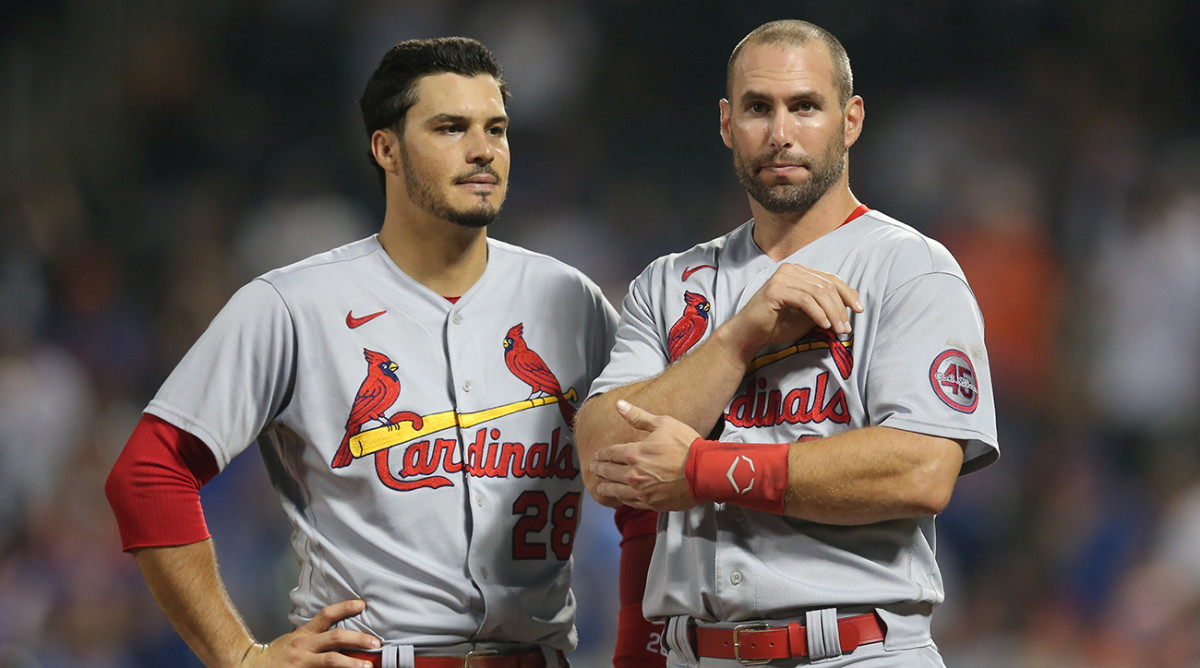 On Sunday it was revealed that Cardinals third baseman Nolan Arenado and first baseman Paul Goldschmidt will not be allowed to travel to Canada to play the Blue Jays because they’re not vaccinated against COVID-19. Both All-Stars explained why they haven’t gotten vaccinated against the virus.

“It’s just a personal choice, and I’m not trying to do a political stand here or be a spokesperson for this or that,” Arenado said, per MLB.com. “I’m just choosing to do what’s best for me and my family, and I mean no harm. But it’s unfortunate that I’ve got to miss two games.”

In order to enter Canada, a person must be fully vaccinated against the virus two weeks before traveling there or quarantine upon arrival. By missing the two-game series, Goldschmidt and Arenado will forfeit $285,714 and $384,615, respectively, according to MLB.com’s John Denton.

“It was not an easy decision, but over this year-plus that this has happened, I’ve tried to talk to as many doctors and professionals as I could, figured out as much as I could, and I decided the potential risks outweighed the potential benefits of doing it,” Goldschmidt said. “It stinks that I can’t play in Toronto and can’t play these next couple of games—I hate that part of it, but that’s unfortunately the consequence.

“It’s a very personal, private medical decision and unfortunately it becomes public with this,” Goldschmidt added. “I think you’ve got to put your health above everything. For me, this was the best decision for my health, and I’ll have to suffer the consequences.”

Despite their refusal to get vaccinated, both players said they’d be open to changing their stance if St. Louis were to make a deep playoff run. The Cardinals are currently 51–46 and are 2.5 games behind the Brewers in the NL Central.

“I was hopeful they would get rid of that ban and go to something like what we have,” Arenado said, per MLB.com. “I would probably consider [taking the vaccine], especially if it’s a chance to play in the World Series. That’s a once-in-a-lifetime thing.”