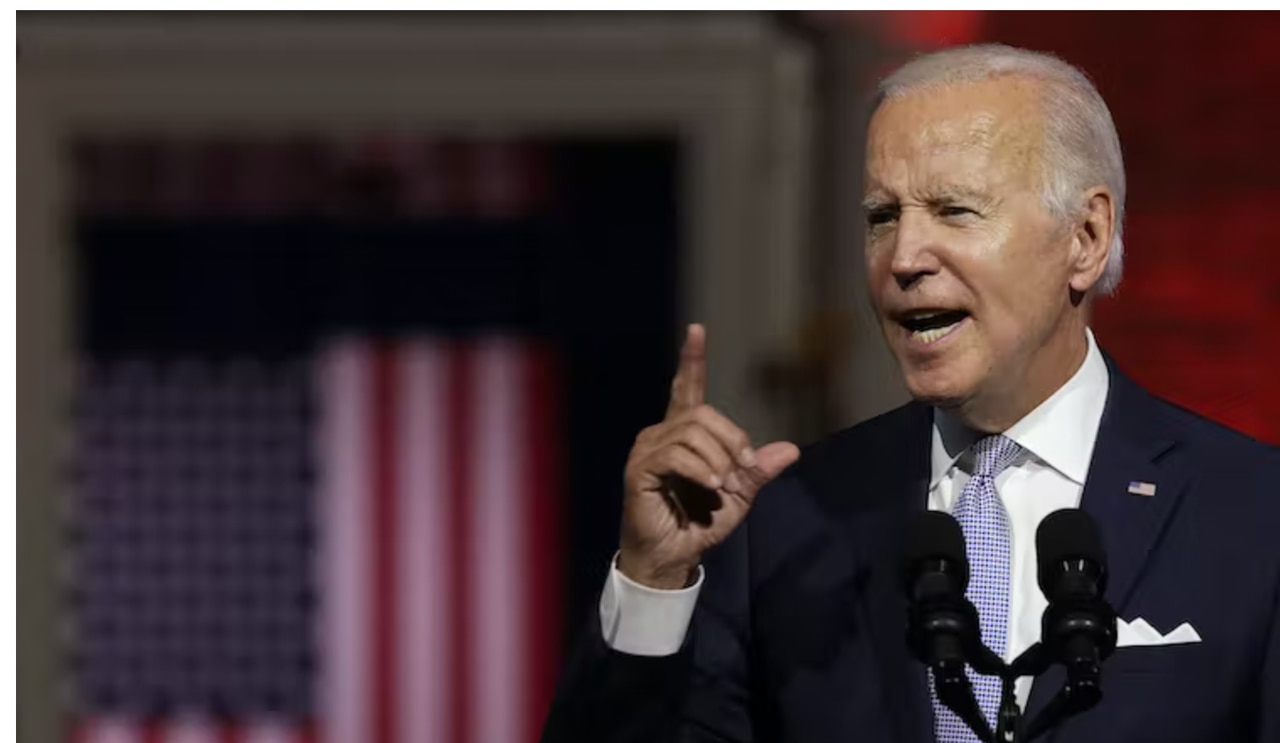 This is an opinion column.

President Joe Biden’s strongest argument for electing Democrats is that some Republicans are a threat to democracy. Taking to the airwaves for a national address, the president continued to warn of shadowy threats to democracy that can only be remedied by electing Democrats. I don’t usually get worked up about politics, but Biden’s closing remarks left me seeing red.

Biden slipped out of the gate by telling the truth.

By the president’s own admission, the majority of Republicans don’t look at the United States Capitol attacks of January 6th and see patriots. I wholeheartedly agree with him.

One Republican congressman responded to such a shameful event quite directly. “I hope law enforcement and our judicial system prosecute these thugs to the fullest extent of the law,” wrote Rep. Mo Brooks on January 6, 2021.

Criticize Brooks’s paper thin case of a stolen election all you want. I certainly did. Scold him for his heated rhetoric. He deserves it. Not even the saber-rattling Brooks hesitated for a minute when it came to condemning criminal violence at the capitol.

“There is no question that the Republican Party today is dominated, driven, and intimidated by Donald Trump and the MAGA Republicans,” Biden warned. “And that is a threat to this country.”

Republicans are such a threat to democracy that America continues to see record turnout at the polls. They are such effective authoritarians that folks like Trump and MAGA Mo Brooks managed to lose elections.

Biden begs us to ignore those realities and instead focus on imaginary conversations. “We hear — you’ve heard it — more and more talk about violence as an acceptable political tool in this country,” the president suggests.

No, I have not heard that.

I have, however, heard plenty of conversations about expensive groceries. I do see the “I did that” Biden stickers next to the price indicators on gas pumps I’ve frequented over the last year. I personally had a number of discussions with veterans about America’s shameful departure from Afghanistan.

But not one exchange has condoned political violence.

Even among my friends with the strongest reservations about Biden’s victory in 2020, not one has called for a violent response. It’s one thing to grouse and complain about electoral irregularities due to COVID-19. It’s another to believe that the evidence of a stolen election is so compelling that a violent overthrow of the government is warranted.

The president of the United States suggests that advocates of political violence are commonplace.

Biden’s position is every bit as absurd as the MAGA Republican election formulation he ridicules. Politicians lose fair elections in one cycle after another. Democracy won’t fail if Republicans succeed in the midterms.

As Biden suggests, the majority of Republicans don’t believe that political violence is acceptable. I’m also willing to wager that most Democrats don’t view Republicans like me as threats to democracy either.

Americans disagree passionately on a wide range of policies from abortion to immigration to constitutional interpretation and education. We’re not going to get along in politics. Free people rarely do. That’s perfectly fine. That tension should never devolve into hatred or outrage. When it does, we should still know better than to mete out violence against our fellow Americans.

Thankfully, we vote again and again to sort it all out. Come to think of it, maybe that’s why I’m seeing red.

Smith is a recovering political attorney with four boys, two dogs, and an extremely patient wife. He engages media, business, and policy through the Triptych Foundation and Triptych Media. Please direct outrage or agreement to csmith@al.com or @DCameronSmith on Twitter.