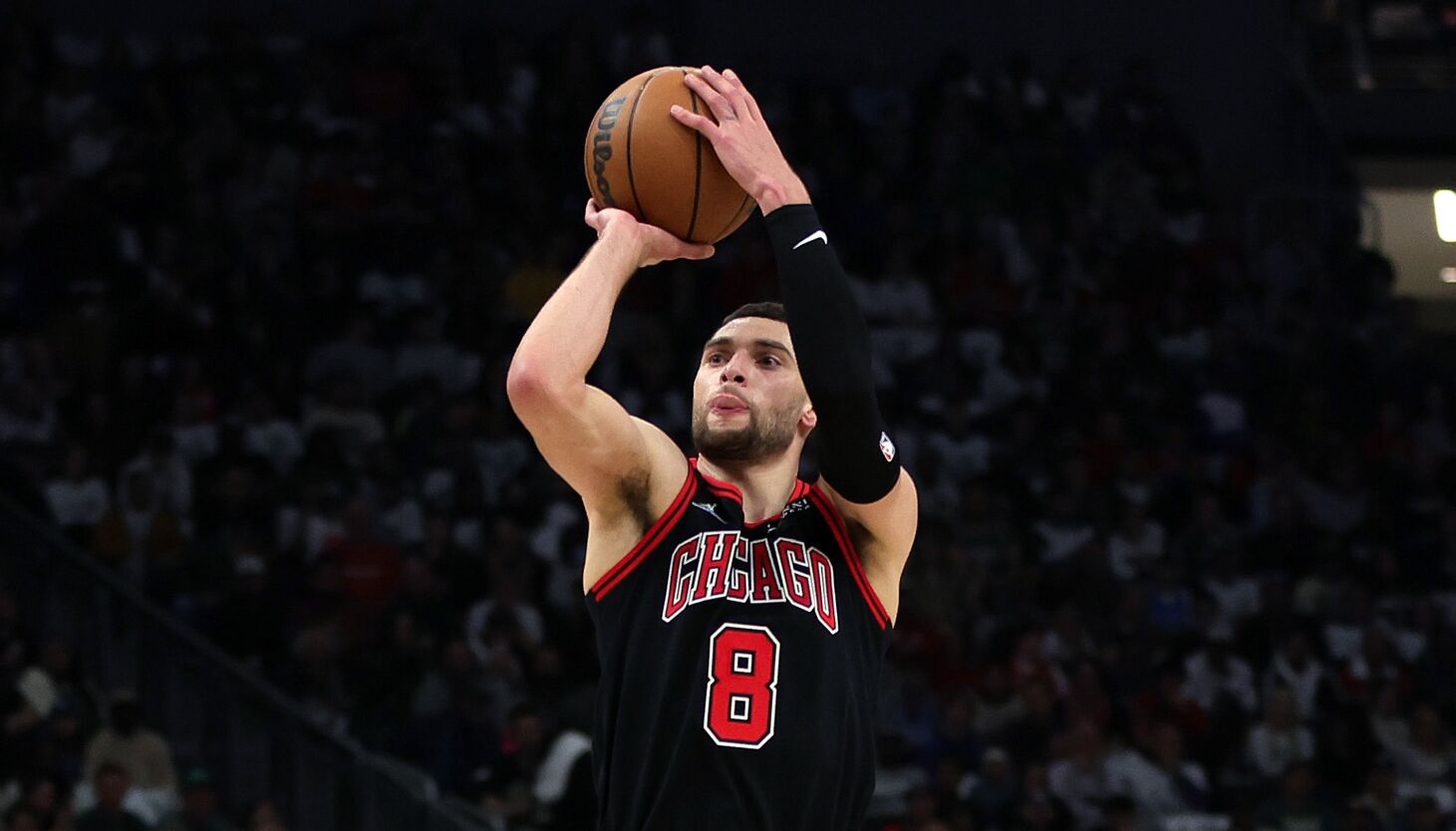 DeMar DeRozan was searching for the right words when asked about the latest gut-punch to his locker room on Tuesday morning, and finally settled on exactly how he felt about the news from the heart.

The Bulls All-Star wasn’t alone in that feeling, either.

What was supposed to be a last clean-up practice before heading to Milwaukee for Game 5, turned into more adversity for a Bulls roster that’s had its share of it all season long.

The team announced that guard Zach LaVine had entered the health and safety protocols for the coronavirus, putting his availability for Game 5 in serious question.

He still had to go through a series of testing throughout the day, but the fact that LaVine alerted the training staff that he wasn’t feeling well, and the way DeRozan sounded, it didn’t sound very hopeful.

It was the second time this season LaVine was in the protocol, and the third time in the last year. He also had a contact tracing scare in the summer with Team USA, but avoided testing positive.

“Before basketball, more than anything, just health-wise, it just sucks,’’ DeRozan continued. “He’s got a family of his own. It just sucks being in that situation, feeling that way. First and foremost is for him, and second of all, us not having him. Him missing a full opportunity of playing in a playoff series. I mean it’s frustrating. I can’t even imagine how he feels. The most important thing now is he comes out of that thing being healthy.’’

DeRozan did speak to LaVine on the phone, and it obviously wasn’t the most upbeat conversation, with the Bulls down 3-1 in the best-of-seven series, and now facing elimination Wednesday night without LaVine.

“I think he was more frustrated than anything, honestly,’’ DeRozan said. “He was just frustrated. I think your frustration outweighs anything else, regardless of how he felt. I was just trying to be there, keep him positive mentally more than anything.’’

The Bulls knew that they could be short-handed anyway, especially with Alex Caruso still trying to test out of the concussion protocol, but still feeling symptoms on Tuesday.

If LaVine is also absent from that starting lineup, however? That’s 19.3 points per game in the playoffs so far, but also one less key piece that Milwaukee has to focus on defending.

DeRozan had been getting doubled and triple-teamed before LaVine went down, so imagine what the swarming Bucks defense will have in store for him now.

“I mean playing without him was extremely tough,’’ DeRozan said of previous regular-season instances when LaVine was sidelined. “He’s Zach, it’s hard to replace that. What he brings, who he is, the attention that he brings. It’s a different dynamic of a game when Zach isn’t out there, so not to have him and playing those games without him, it was definitely tough. We’re just going to have to figure out [Wednesday] night, and the next guy up. We’ve got to find energy to fight for him as well.’’

The Bulls were already underdogs in trying to try and turn this series around, but without Caruso and LaVine it almost felt like dead-team-walking.

“We never really cared for the outside noise,’’ veteran Nikola Vucevic said of the Bulls now being written off by most of the outside world. “You can’t focus on that. There’s so much of it nowadays, media, social media, fans on social media, whatever it is.