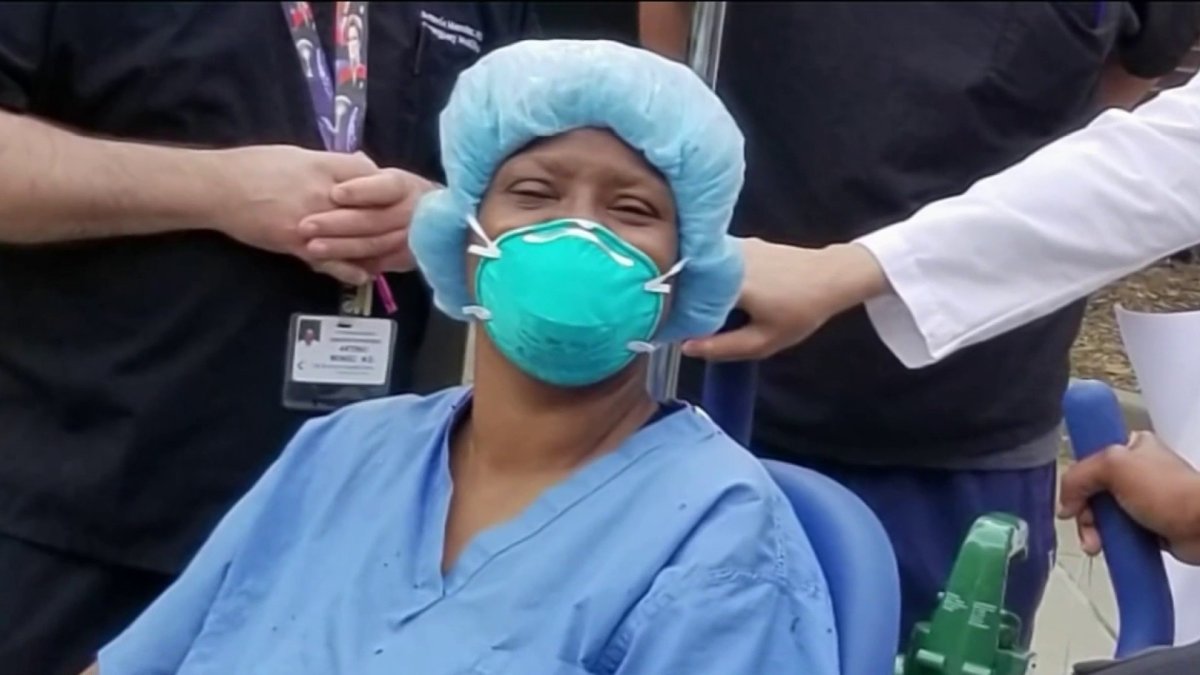 A Brooklyn doctor who has devoted her life to caring for her patients is now a patient herself, due to the long-term affects of COVID-19. Dr. Arlene McTeer desperately needs a kidney transplant — and the time to find a donor is running out.

McTeer’s sister, Sonja, told NBC New York that Arlene has said since she was just 6 years old that she wanted to be an emergency medicine doctor. She grew up to do just that, following the footsteps of her father, one of the first Black dentists in South Carolina, into medicine.

Sonja also said her sister chose to work in underserved communities, like in inner city Charleston. She ultimately ended up at Brooklyn Hospital as an attending ER physician.

“She was a mentor that led me, and all of us, through our training in emergency medicine,” said Dr. Pardeep Thandi, a fellow emergency physician.

“It was very scary, none of us had ever seen anything like this…[McTeer] was there every single day putting herself, her family, her friends at risk,” said Dr. Thandi.

Dr. McTeer and her colleagues were featured in a March 2020 New York Times article entitled “We’re In Disaster Mode.” They were in the cauldron of an ER at the epicenter of the COVID crisis, where frontline workers such as themselves quickly contracted the virus.

“At that time there was no treatment, no vaccine,” said Dr. Thandi. “It was one of those things that one of us got it, it spiraled where many of us would get it.”

That included Dr. McTeer, who would be infected two months later. Her sister said that she was working at the time, and collapsed. Unlike many, the then-38-year-old doctor never recovered, despite being otherwise healthy beforehand.

“Her kidneys have failed, she has congestive heart failure…she’s so swollen from the fluid retention, she can hardly walk,” Sonja said.

“To be in the ICU and not recover from this is just something that scares all of us,” said Dr. Thandi.

Two years later, the doctor who devoted her whole life to her work — never marrying, no children — needs a kidney to survive.

“It is a matter of life and death,” said Dr. Jed Burack, her physician. “When a 40-year-old in the middle of their life gets put on dialysis, it is a death sentence.”

Friends, colleagues and family are putting out the appeal among doctor networks and beyond, urging people to get tested — to possibly help save the woman who has saved so many.

“We use the word hero in society a lot but she is a hero. For someone to devote their lives to others…help get her better so she can go back into society and make her daily contributions,” said Dr. Thandi.

Dr. Burack agreed, saying that “if anybody is a worthy candidate for a donation, she is.”

Actress Alyssa Milano still struggles with lingering symptoms, such as fatigue, heart palpitations, and shortness of breath, over two years since recovering from an acute COVID-19 infection. NBC New York’s Linda Gaudino checks in with Milano who details her experience as a long hauler.

Sonja said that Arlene’s desire to survive doesn’t center on herself, but on her patients.

“She’s worried about her patients…she wants to go back to her purpose in life,” the sister said. “I’m just begging, somebody to have their heart pricked to help her. Because we don’t want her to die.”

In order to donate a kidney, donors can either be a direct blood match or take part in what’s known as a kidney exchange program.

Interested in learning how to register to be a potential kidney donor? Click here to get the process started.