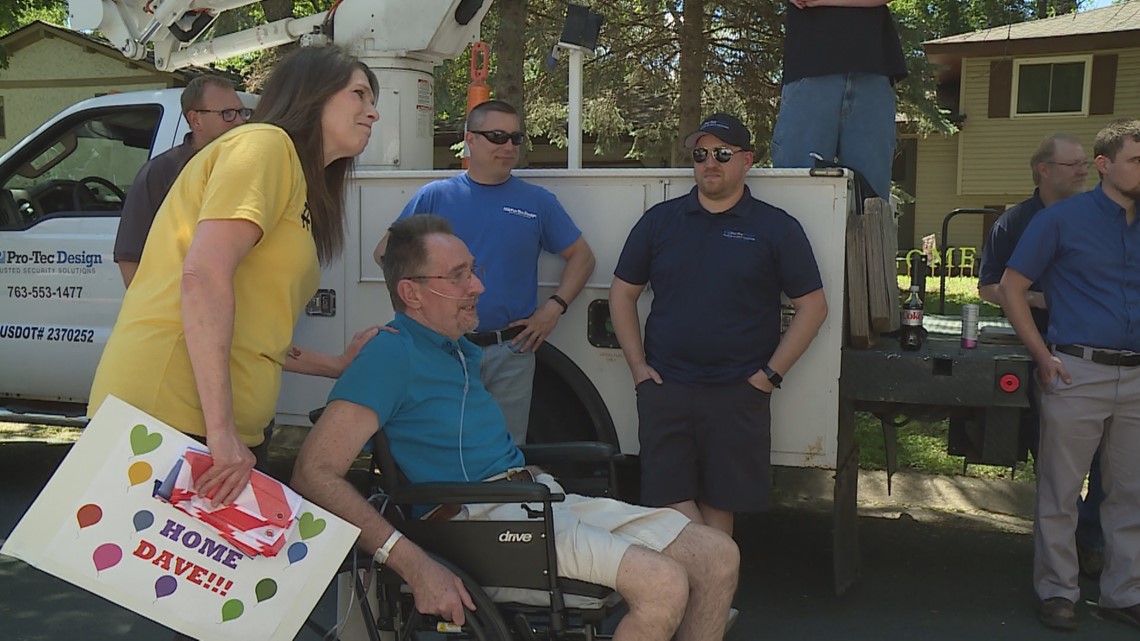 Dave Dentz was surrounded by family, friends and coworkers at a celebration welcoming him home after 208 days.

BLAINE, Minn. — There were bubbles, signs and cheers welcoming Dave Dentz back home on in Blaine on Friday.

Family, friends and coworkers came together for a celebration, that seven months ago, seemed unlikely.

“Dave is family. All of the coworkers have been waiting for this day while he’s been in the hospital. It’s been quite the journey,” said Jeff Johnson, Dave’s co-worker at Pro-Tec Design in Minnetonka.

Dave didn’t know if he’d ever be able to come home after being hospitalized with COVID-19 for 208 days.

“I’ll be the first one to tell you that I never thought that I was going to be here and I don’t say that lightly. When I went in the hospital, I couldn’t breathe and my first memory waking up was getting dialysis,” said Dentz.

Angie, Dave’s wife of three-and-a-half years was by his side during the COVID battle and never gave up — even during the difficult days.

“I knew he was a fighter and I was not going to give up on him — and now look where he is,” she said.

Dave is really looking forward to spending Father’s Day with his kids and grandkids.

“I’m so thankful that I’ve got a second chance at life — a lot of people didn’t get that,” he said.

Watch the latest local news from the Twin Cities in our YouTube playlist: