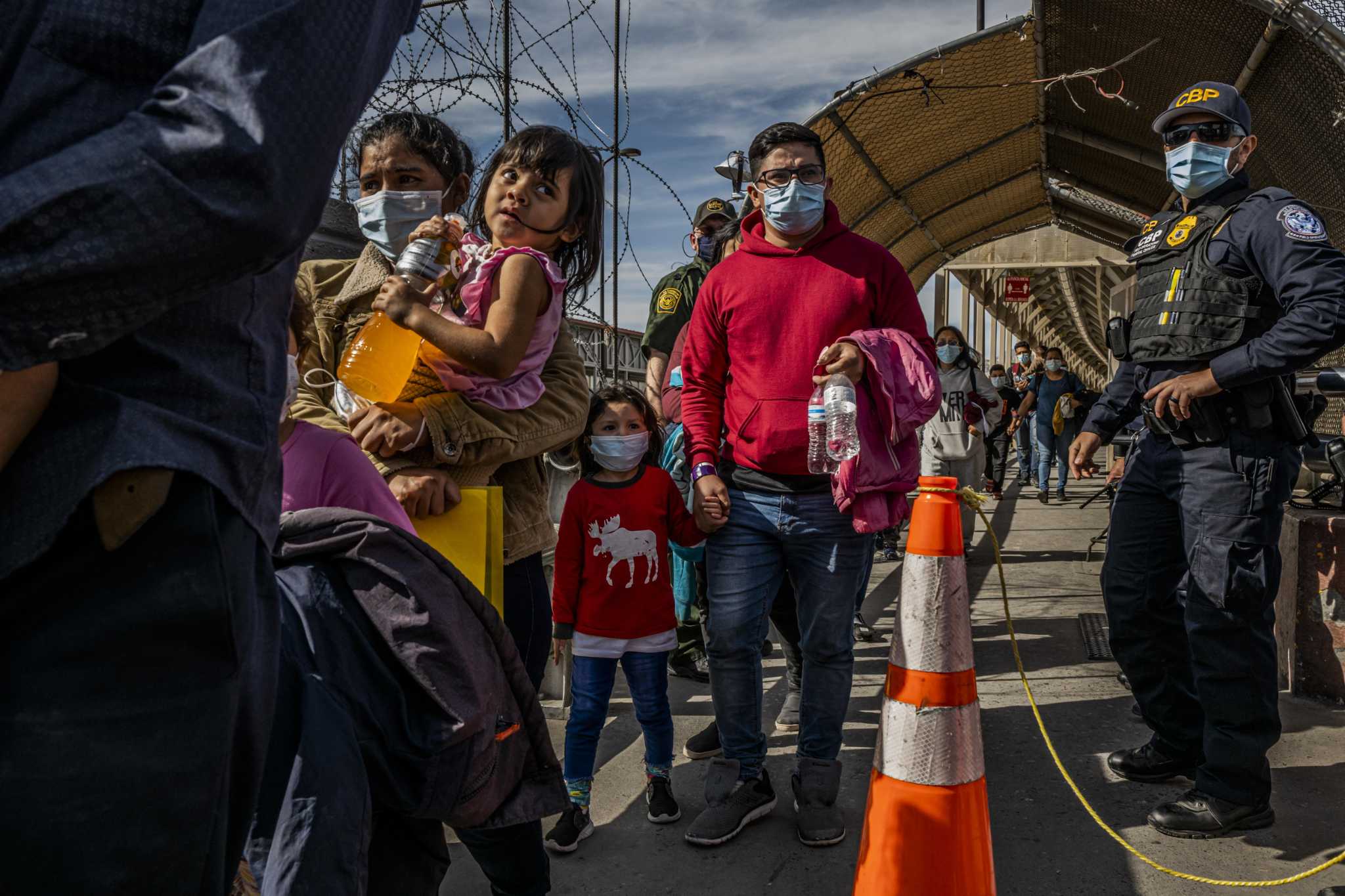 WASHINGTON — Staring down bipartisan outcry, Homeland Security Secretary Alejandro Mayorkas on Wednesday told a House committee that his agency has prepared since September for a likely surge in migration this summer as the White House lifts a COVID-era public health order used to expel over a million immigrants at the border.

“We inherited a broken and dismantled system that is already under strain,” Mayorkas said in testimony to the a House Appropriations subcommittee that oversees funding for the Department of Homeland Security. “It is not built to manage the current levels and types of migratory flows. Only Congress can fix this.”

The subcommittee was the first of three House panels Mayorkas was set to testify before this week as the Biden administration responds to criticism from Republicans and a growing number of Democrats that it isn’t prepared to roll back the public health order, known as Title 42, next month.

The administration has released a 20-page memo detailing its plans to handle a flood of up to 18,000 immigrants a day as Title 42 is lifted, adding to an already unprecedented number of people trying to enter the U.S.

Republicans who have blamed President Joe Biden for an increase in border crossings that started shortly after he took office continued to point at the White House.

“Members on both sides of the aisle agree now is not the time to stop enforcement of this policy,” said U.S. Rep. Kay Granger of Fort Worth, the top Republican on the Appropriations Committee. “This administration needs to stop their failed policies and start securing our border.”

Yet the plan Mayorkas detailed for managing the influx of immigrants — most of them seeking asylum — appeared to appease at least one of the Democrats who has urged Biden to reconsider ending Title 42.

“Your plan you laid out, actually, I think it could work,” said U.S. Rep. Henry Cuellar, a Laredo Democrat who has warned since last March that the Biden administration was ill-prepared to respond to the surge.

U.S. Rep. Lucille Roybal-Allard of California, the top Democrat on the subcommittee, was sympathetic to Mayorkas’s claim that Congress had dropped the ball.

“We have seen migration surges during Republican and Democratic administrations and Congresses, with no long-term correlation to policy trends,” she said. “Immigration reform would not solve all of our problems at the border, but without reform, we are knowingly accepting a status quo that has become increasingly untenable.”

The memo says U.S. Customs and Border Protection currently has 23,000 agents and officers working on the southern border. By May 23, when the order lifts, the agency will be prepared to hold about 18,000 migrants in custody at any given time, up from 13,000 at the beginning of 2021, the memo says. It says the agency has encountered more than 7,800 migrants per day on average over the last three weeks and expects that figure to rise when the order lifts.

The administration has also proposed an overhaul of the asylum system that would allow officers to adjudicate cases on the border, rather than having asylum seekers wait years for their claims to be heard in courts. Mayorkas said the rule would be a “game-changer.” On average, he said, asylum claims take six to eight years to work through the courts. Under Biden’s proposal, officers on the border could clear the cases in less than a year.

Biden’s border plan also calls for more aggressive crackdowns on those without legitimate asylum claims, including expediting their removal from the U.S., and for working with nations south of the border to deter migration to the U.S.

The memo touts the “largest surge of resources and disruptive activities against human smuggling networks in recent memory,” including some 250 special agents and criminal analysts tasked with investigating criminal organizations along the border. It says Homeland Security agents made 12,920 criminal arrests and seized more than 2.4 million pounds of drugs, including 14,530 pounds of fentanyl, from October 2020 through October 2021, up from 1.4 million pounds the year before.

TEXAS TAKE: Get political headlines from across the state sent directly to your inbox

Mayorkas is also set to testify before the House Homeland Security Committee on Wednesday and the House Judiciary Committee on Thursday. The appearances come on the heels of a scathing letter signed by House Republicans that questioned whether Mayorkas was upholding his oath of office.

“You have a constitutional obligation to use all means available to protect our nation’s border,” the letter, co-led by U.S. Rep. Brian Babin, a Woodville Republican, said. “You continue to fail to do so. This raises serious questions about your commitment to securing our Homeland and the oath you took when taking office.”

Mayorkas repeatedly stressed that Title 42 is not an immigration policy, but a public health effort to contain the coronavirus. He sought to put the current migration crisis in a global perspective, noting that the pandemic exacerbated the problems already plaguing Central and South American nations, including poverty, corruption and natural disasters, that have displaced millions in the western hemisphere.

“It is very important, I think, that everyone understands that an increase in migration flows is not something unique to the United States,” Mayorkas said.

“A significant increase in migrant encounters will strain our system even further, and we will address this challenge successfully,” he said. “But it will take time, and we need the partnership of congress, state and local officials, NGOs and communities to do so.”

Title 42 was issued by the Trump administration in 2020 to contain the spread of COVID-19. Dr. Rochelle Walensky, director of the Centers for Disease Control and Prevention, this month determined that the order was no longer necessary, given lower infection numbers and the increased availability of COVID vaccines and therapeutics.

Its future is unclear, however, as a federal judge in Louisiana this week said he intended to issue an order halting the administration’s efforts to wind it down at the request of Republican states. Texas is not among those states, as Attorney General Ken Paxton filed a separate lawsuit last week. The Louisiana judge has yet to issue the order, so it is unclear what it will require.