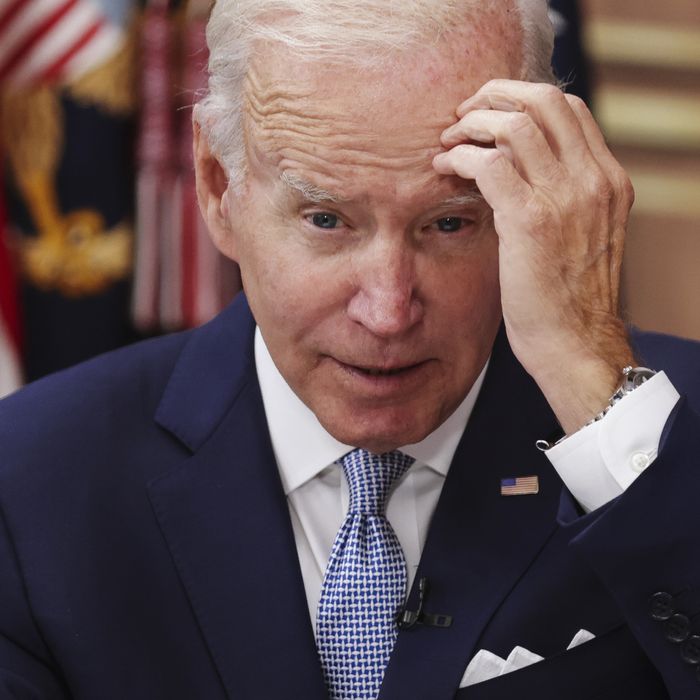 President Biden has tested positive for COVID again, in what’s believed to be Paxlovid rebound infection, which affects a small percentage of people who have been treated with the Paxlovid anti-viral. In those cases, patients test positive and sometimes develop symptoms as long as eight days after first testing negative for the virus. Biden tested positive late Saturday morning, White House physician Kevin O’Connor announced, but was experiencing no symptoms and “continues to feel quite well.” The president’s travel plans for the coming days have been canceled, as he has once again begun isolating at the White House.

The 79-year-old president originally tested positive on Thursday, July 21 — likely after catching the BA.5 Omicron subvariant. Biden quickly began a regimen of Paxlovid and ultimately only experienced mild symptoms. He ended five days in isolation after testing negative for a second time on Wednesday morning. He then tested negative again every morning until Saturday, O’Conner said.

The White House had said Biden — who had resumed his normal work after ending isolation, including in-person indoor meetings — would wear an N95 face mask around other people, as CDC guidelines recommend. But the president took his mask off during indoor events on Thursday and Friday; which the White House later said was safe since Biden and others were “socially distanced.”

It’s not clear whether or not Biden, who apparently tested negative on Friday morning, was spreading COVID at any point later in the day. But indoor social distancing has never been a good way to avoid an airborne virus like COVID, and is even less effective against the more transmissible variants which have taken hold over the past year. A well fit high-filtration face mask, as well as good ventilation, offer better protection against transmission than social distancing.

Daily news about the politics, business, and technology shaping our world.