The Perfect Enemy | Biden is set to speak about the start of Covid vaccinations for very young children.
Skip to content
July 7, 2022
Read Time:1 Minute 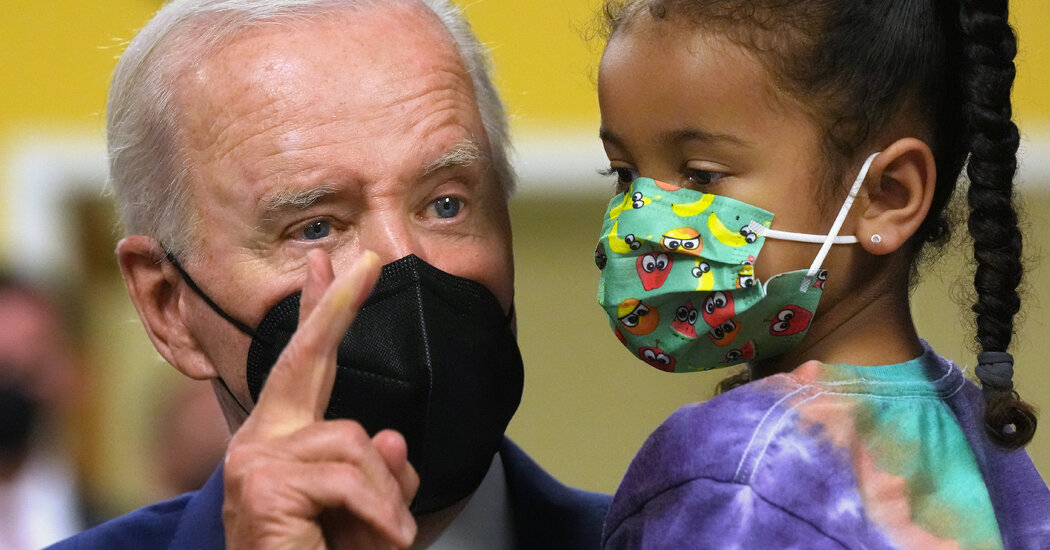 President Biden on Tuesday marked what White House officials have cast as the unofficial beginning of the U.S. vaccination campaign for children younger than 5, visiting a site in Washington, D.C., to meet with families and children as some shots were administered.

“Finally, some peace of mind,” Mr. Biden said at the White House after the event, calling it a “monumental step forward” in the nation’s pandemic response. You can watch his remarks here.

Federal health officials, eager to showcase the progress the United States has made in fending off deadly cases of the coronavirus, have worked for weeks to prepare parents and doctors for immunizing the youngest children, a population of around 20 million that has waited 18 months after adults first became eligible for the shots.

The Food and Drug Administration and the Centers for Disease Control and Prevention late last week cleared the Moderna and Pfizer-BioNTech shots for young children following votes from independent expert committees. Mr. Biden said in a statement Saturday that the moment was one of “relief and celebration” for parents, many of whom had been anguished and upset by how long it had taken.

The Biden administration has already made at least 10 million doses available to states and health providers and expects to lean heavily on pediatricians and primary care offices to administer them, as is typical in pediatric vaccination campaigns. Pharmacies and community health centers, among other providers, will also vaccinate the youngest children.

But as of a deadline last week, only 2.5 million doses of Pfizer-BioNTech’s vaccine had been ordered, around half of what the federal government offered, as well as about 1.3 million Moderna doses, about a quarter of what was offered.