Ahead of the approaching second anniversary of the Second
Karabakh War, in an exclusive interview with Azernews, Dr Patrick
Walsh, an Irish historian, shared his views about President Ilham
Aliyev’s role in the Victory; crucial elements that made it
possible for Azerbaijan to liberate its own lands; etc.

Q: In your opinion, what were crucial
tenets/elements that made it possible for Azerbaijan to liberate
its own lands from Armenia’s 30-year-long occupation?

A: The presence of a functional state and
stable government, productive economy. A cohesive national spirit
within the mass of the population. An effective battle plan that
utilised the most useful modern technology purchased with a view
toward the task at hand. Also a well-trained military who
understood the plan of the campaign. Most of all wise statesmanship
that made the right military and political decisions at the vital
moment.

A: Very important. All the money in the world
does not create an effective military force designed to put into
operation a plan that requires great coordination of effort to
actually work in the test of battle. Extensive training operations
alongside the Turkish Armed forces were vital. Alongside that
Azerbaijan was not only fighting the Armenians. The government was
aware of the possibility of some form of Russian intervention that
has to be taken account of. Both pre-War diplomacy and contacts
with Moscow during the war were important in managing the outcome
in a controlled manner, minimising casualties for the gains
made.

Q: In his pre-war speeches and interviews,
referring to international laws, President Ilham Aliyev kept saying
that the occupied lands would be liberated; though geopolitics, in
particular, the Russian factor remained a deterring role, a few to
name. What factors, in your view, prevented Russia to keep aloof
from interfering in 2020 as was not the case during the 2016
four-day flare-up in Karabakh? Amicable relations between Aliyev
and Putin? What else, in your opinion?

A: Azerbaijan was seen as a good neighbor by
Moscow and it was important that the Aliyev government did not
suffer a reverse after taking on the war. A new government with a
more Western orientation was not in Moscow’s interest. Yerevan
never understood how the balance of power had shifted in the South
Caucasus over the previous decades and that Russia was going to
take account of this. There was also the fact that the Kremlin
valued relations with Turkiye highly. All these factors made it in
Moscow’s interests to not impede Azerbaijan’s progress. The only
aspect that would have concerned Putin was an Armenian escalation
of the war bringing about regional insecurity, or the possibility
of a humanitarian disaster brought about by fighting in the main
Armenian settlements. These eventuate were in the Kremlin’s
interest to prevent by what means it could – hence the controlled
end to the war.

Q: How important was timing for the
liberation of the lands? I mean, the Covid-19 pandemic was raging
around, global economies were hard hit and nations were engaged in
coping with those issues. However, despite all these, the
Azerbaijani leader in response to Armenia’s shelling of border
regions off the main theater of military operations decided to
prevent the attack and started the sacred struggle for the
de-occupation of the territories. Comprehensive preparations, I
mean, strategic calculations, practical measures, complete reliance
on pivotal societal actors, and so on were needed. Do you believe
all of them and others were in place to guarantee victory?

A: The Armenians have suggested that Baku
availed of certain conditions like the US Presidential elections
and the Covid pandemic to utilise international distraction for a
favourable time for the war. However, the Armenians with their
shooting down of the peace process through a number of provocative
political and military actions that brought on the war. The Tovuz
incident was important in this, seemingly showing that ‘new war for
new territories’ was not just rhetoric. Internal Armenian politics,
arising from the Pashinyan destabilising influence, really provoked
the war at the time of Yerevan’s choosing, not Baku’s.

Q: Along with the Azerbaijani army
liberating Karabakh from Armenia’s control, President Ilham Aliyev
was also very active in defending Azerbaijan’s right to protect its
internationally recognized lands in the diplomatic and media front,
contacting world leaders to persuade the need for justice to be
served. Looking back to those days and interviews with leading
world media outlets, what would your take be?

A: Azerbaijan had a highly effective statesman
waging an information war on the international stage. The quality
of his interviews with the world’s media was outstanding, and put
Azerbaijan’s case in the strongest possible light. President Aliyev
confronted the West with the basic facts of international law and
the just nature of the liberation war. Pashinyan floundered when he
faced the Azerbaijani President both on the Russian stage and when
confronted by serious Western journalists. It was vital that the
information war be won because in this sphere of propaganda the
Armenians had an advantage from latent sympathy in the West.

Q: The post-war processes are not unfolding
as desired and Armenia is trying to avoid honoring some major items
of the November 10, 2020, trilateral deal, brokered by the Kremlin
though President Ilham is insisting on them. What is your
assessment of Aliyev’s post-war diplomacy, in particular, his
categorical statement in Sochi at the meeting with Putin that the
Karabakh issue is solved, and the criticism of France for its past
brutalities in Africa and for the current backing of
Armenia?

A: The road to peace is a long and winding one
in which there will be setbacks. Peacemaking is often more
difficult than the winning of wars because it is more complex and
requires political skills of the highest order. Progress has been
slow but there is momentum there as long as Yerevan is held to its
obligations under the agreement it signed. The insistence at Sochi
that the war was over and the status of Karabakh was not an issue
was the correct position. France has only been an obstructive
element in the process and should not be allowed to persist with
its one- sided position driven by diaspora politics and Crusader
mentality. Is it any wonder the OSCE failed and the issue had to be
taken to the battlefield for resolution? There are signs that a
treaty may be soon coming and let us hope that is the case. Nature
abhors a vacuum and conflict festers when diplomacy fails. We have
seen this all too tragically in Ukraine. Let us hope that difficult
decisions can be taken now to prevent future generations having to
sacrifice themselves over issues that should now be settled once
and for all, at the conference table. 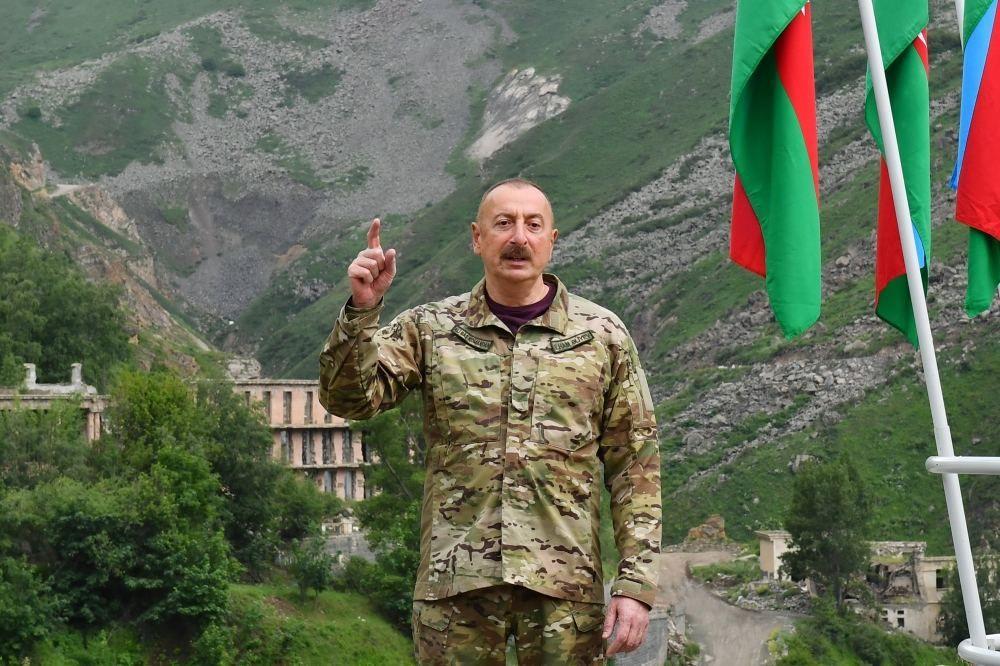 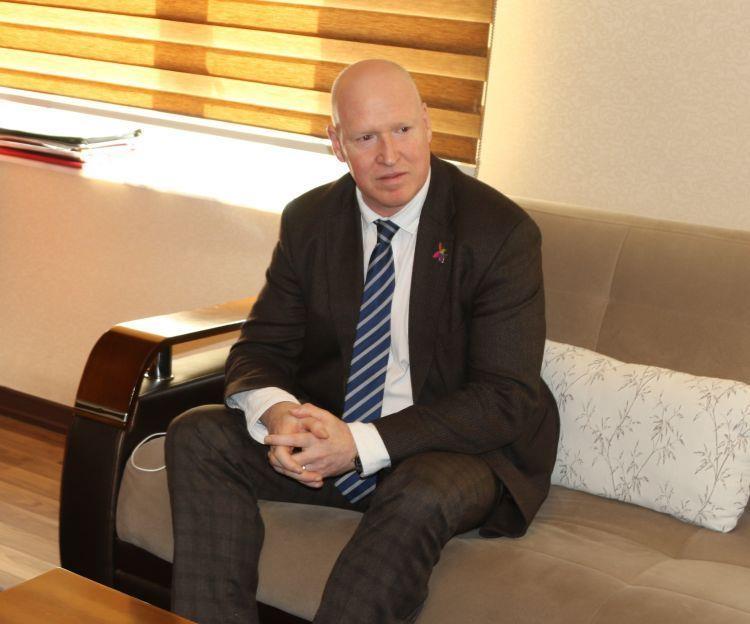