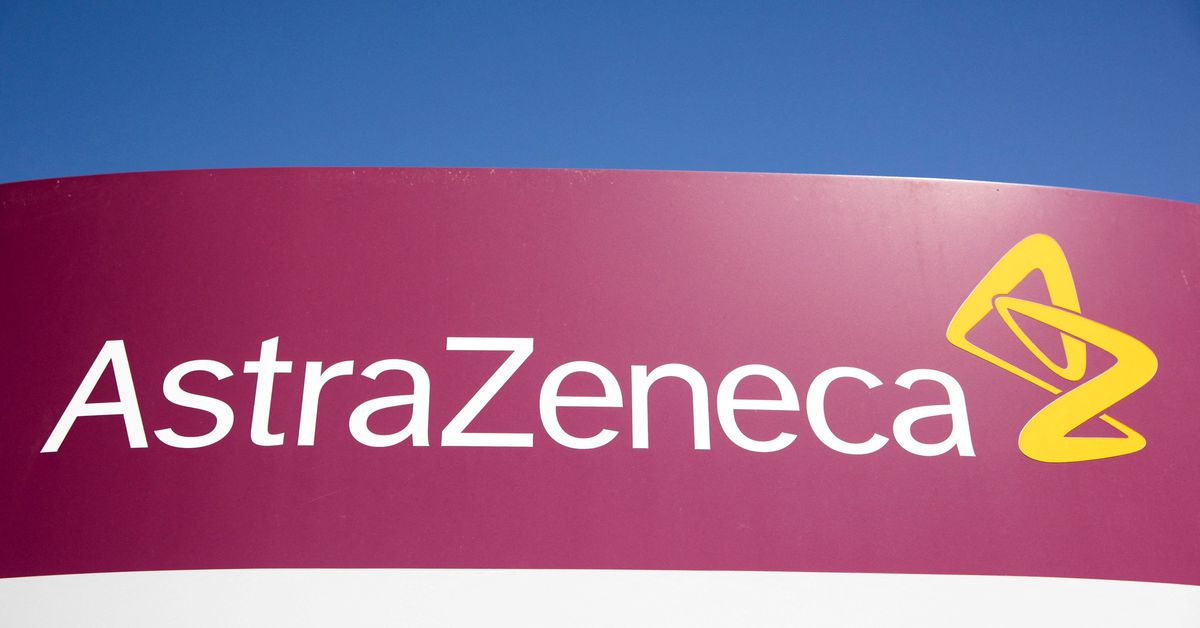 The logo for AstraZeneca is seen outside its North America headquarters in Wilmington, Delaware, U.S., March 22, 2021. REUTERS/Rachel Wisniewski

April 29 (Reuters) – AstraZeneca’s (AZN.L) COVID-19 vaccine still has a role to play in the fight against the pandemic, even as sales slow and the company charges more in some places, CEO Pascal Soriot said on Friday, the latest drugmaker to warn about a global supply glut.

The comments come after the company reported better-than-expected first-quarter profit and sales driven by the vaccine, its second bestseller last year raking in $3.9 billion. It also confirmed its forecast that 2022 sales of the shot would fall.

The vaccine, branded as Vaxzevria and Covishield, has struggled to compete with rivals made by Pfizer (PFE.N) and Moderna (MRNA.O) using mRNA technology, and has hit setbacks with production, rare side-effects and relatively limited shelf life. Approval in the United States has been delayed.

Soriot said the shot, which was seen early in the pandemic as the inoculation of choice for low-income countries, should remain relevant because it’s easy to administer and distribute.

Volume will ease, though, because people will probably only need one booster. read more

“We are no longer in a period of scarcity of vaccine supply – we have oversupply everywhere around the world. So what is out there needs to be used and then of course we’ll be able to get a better sense for reordering,” he said on a media call.

So far, 2.9 billion shots of the AstraZeneca vaccine have been delivered globally.

In the first quarter, the company recorded $1.15 billion in sales for the product, the majority of which came from initial contracts, but that number eclipsed analysts’ consensus forecast of $739 million, cited by Credit Suisse.

The company has started earning a modest profit on the vaccine, which was initially sold at-cost, but it will continue selling in low-income countries on a non-profit basis.

Apart from the vaccine, AstraZeneca also has a COVID-19 treatment, Evusheld, which has been authorised in many regions including the United States, United Kingdom and European Union for preventing infections in people whose immune system is too weak to respond to vaccines.

The drug generated $469 million in first-quarter revenue, below the consensus forecast of $480 million, cited by Credit Suisse.

Access to the drug in the United States has been limited by logistical bottlenecks that are being addressed, Soriot said, adding Britain was one of the few developed countries that has not ordered Evusheld.

“It’s a sad situation, quite frankly, because people who are immunocompromised are really suffering from the COVID crisis.”

AstraZeneca – which unveiled plans to open an R&D centre in Cambridge, Massachusetts designed to serve as the new headquarters for rare disease unit Alexion, which it bought last summer – relies on cancer drugs for about a third of its total product sales.

Even though COVID-19 levels are beginning to wane, access to cancer diagnoses and treatment has still not rebounded to pre-pandemic levels. Things should normalise over the next few months, Soriot predicted.

Meanwhile, the company pared back its expectations for China, which accounted for about 16% of total revenue last year.

The Anglo-Swedish drugmaker said it expected sales there to decline by a mid-single-digit percentage in 2022, largely due to the impact of a programme designed to bring down the prices of off-patent drugs in the country.

“The future for China, we believe is still very strong and we expect to return to growth in the next couple of years,” Soriot said, cautioning that lockdowns in China this year could hurt the uptake of cancer and other drugs.