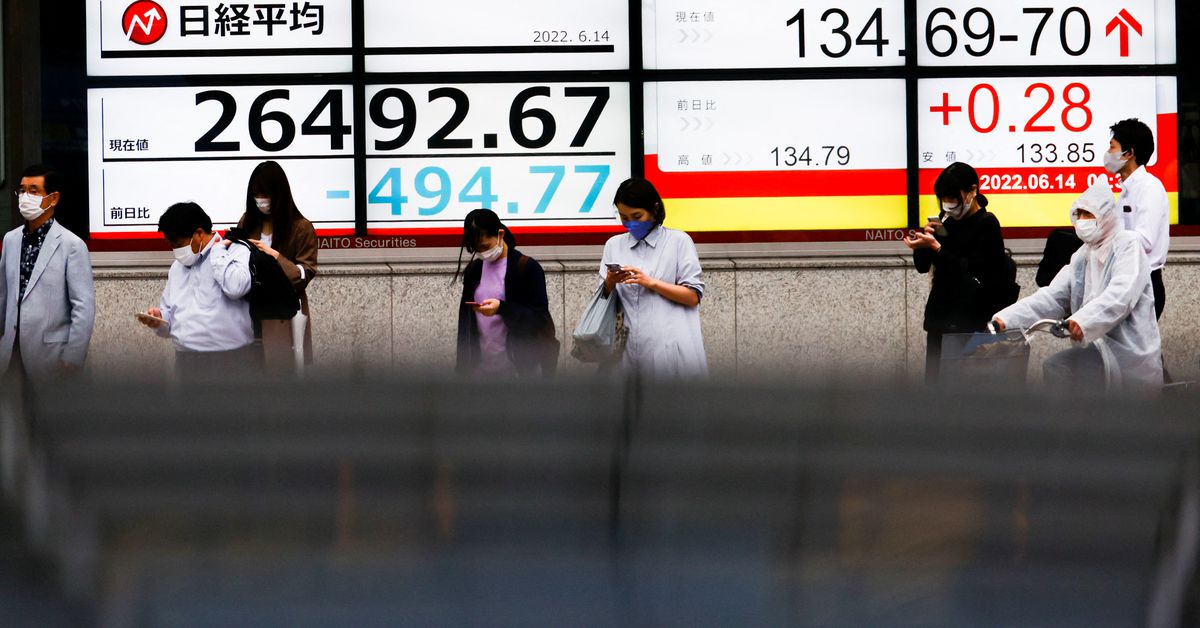 MSCI’s broadest index of Asia-Pacific shares outside Japan (.MIAPJ0000PUS) extended losses to be down 1.54%.

“The U.S. will see rate rises faster and higher than Wall Street has been expecting,” James Rosenberg, Ord Minnett advisor in Sydney told Reuters. “There will likely be the double impact of earnings forecasts being trimmed and further price to earnings derating.”

Expectations for aggressive U.S rate hikes rose after inflation in the year to May shot up by a sharper than predicted 8.6%.

“The U.S. market is the biggest in the world so when it catches a cold the rest of the world does as well,” said Clara Cheong, Global Market Strategist, JP Morgan Asset Management.

“There will be short-term volatility in Asia but we think in the medium to longer term in Asia ex-Japan, earnings expectations have already been downgraded so there is a relatively brighter outlook here than other parts of the world.”

Cheong said expected China monetary easing and ASEAN countries re-opening from COVID-19 lockdowns could shield the region from some of the financial market fallout.

The benchmark S&P 500 is now down more than 20% from its most recent record closing high, confirming a bear market, according to a commonly used definition.

Benchmark 10-year Treasury yields hit their highest since 2011 on Monday and a key part of the yield curve inverted for the first time since April as investors braced for the prospect that Fed attempts to stem soaring inflation would dent the economy.

The European single currency was flat at $1.0407, having lost 3.04% in a month, while the dollar index , which tracks the greenback against a basket of major currencies, was up at 105.19.