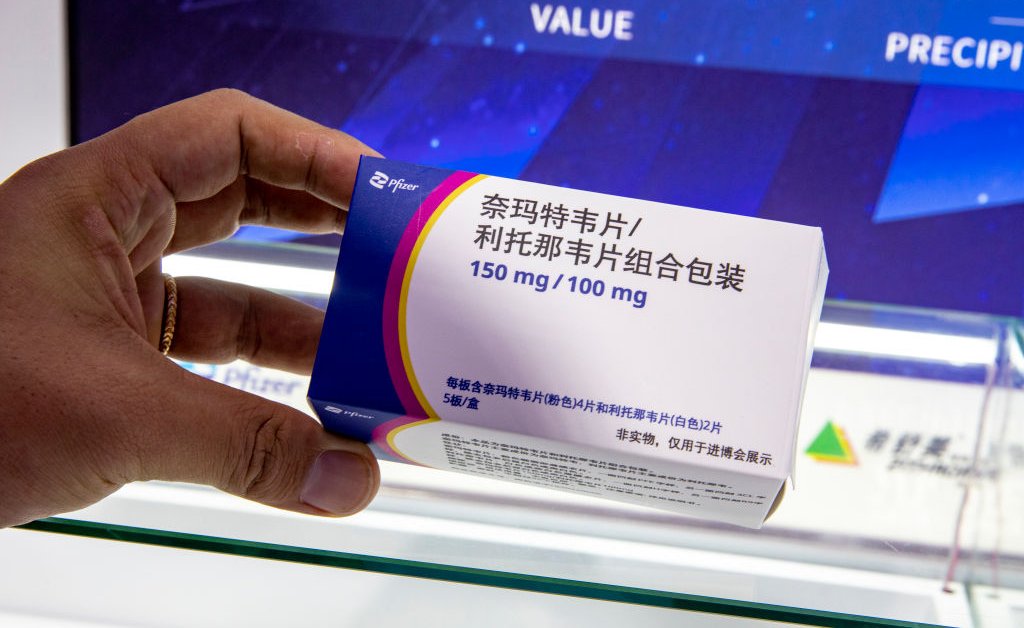 As COVID–19 cases continue to surge in China, soaring demand for Western-developed treatments have led some citizens to turn to the black market. That trend was on display this weekend when HK$600,000 ($77,000) worth of illegally imported drugs bound for the mainland were seized by Hong Kong customs officials.

Officers discovered medicines—mostly intended for the treatment of COVID-19 to be sold on the mainland—in the luggage of three travelers arriving from India and Thailand, the South China Morning Post reported.

Two local men returning from Thailand on Sunday were arrested for holding around 9,000 tablets of Primovir, an Indian-made generic version of Paxlovid, which is not a licensed treatment in Hong Kong or the mainland.

Both suspects were released on bail pending further investigation.

Officers were also reportedly searching for a third suspect, a mainland man returning from India with 2,000 tablets of antivirals including Primovir and Paxista, another generic version of Paxlovid, and Merck’s Molnupiravir.

At present, the only oral drugs licensed and registered for at-home treatment of COVID-19 in Hong Kong are Molnupiravir and Paxlovid. The latter drug has been shown to reduce the risk of death and hospitalization among patients who take it early on after symptoms occur, while Molnupiravir has been shown to cut down recovery time. Last February, Paxlovid became the first oral pill to be authorized in China for treating COVID-19.

Earlier this month, the Chinese government failed to reach an agreement with Pfizer to include Paxlovid under its national insurance plan, citing high costs as the reason. But the government agreed to cover the costs of traditional Chinese medicine Qingfei Paidu and Azvudine, a homegrown antiviral drug.

There is limited evidence on Azvudine’s effectiveness, CNN reported.

After three years of some of the world’s strictest COVID-19 restrictions, China began dismantling its zero-COVID policies in December amid unprecedented protests. But an “immunity gap” driven by low levels of natural infection, less effective Chinese vaccines, and an under vaccinated elderly population has prompted concerns that hundreds of thousands of people could die in the coming months.

On Saturday, Chinese authorities said nearly 60,000 people with COVID-19 had died in hospitals from Dec. 8 to Dec. 12. According to local reports, thousands more cases and deaths are expected during the Lunar New Year holidays beginning on Jan. 21.

According to Reuters, state media has frequently covered stories of rural hospitals and clinics shoring up supplies of drugs and equipment ahead of a continued surge in COVID-19 cases.

“The peak of Covid infection in our village has passed, but the spring festival is approaching and there are still left-behind villagers, especially elderly people, at risk of secondary infection,” said a doctor in Shaanxi province, Reuters reported.

“If the anti-viral and other drugs were more abundant, I would be more confident,” the doctor added.