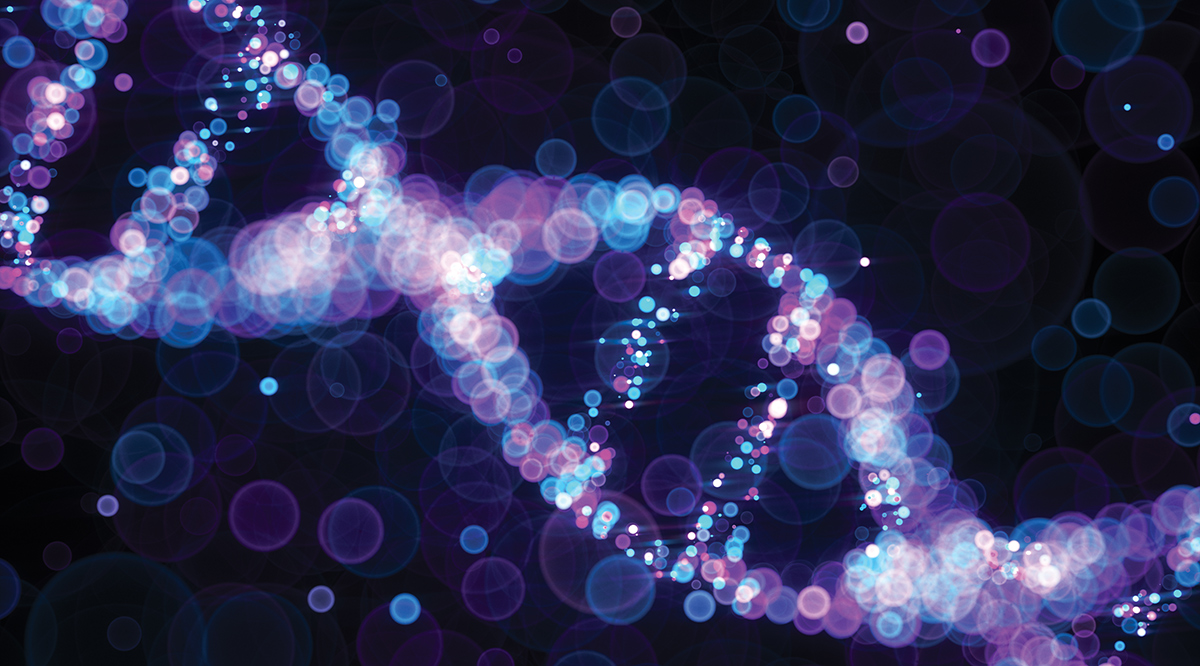 As COVID-19 wreaked havoc across New York City in the spring of 2020, Bevin Strickland, an intensive care nurse in North Carolina, felt compelled to leave her home and help out. First, she consulted her twin 16-year-old sons.

Their response, after some discussion: “We’re proud of you. We can see you doing this and we’re not worried.”

Her father asked, “Do you have a will?”

For six weeks, Strickland cared for critically ill patients at Mount Sinai Hospital, where, she says, a supervisor told nurses who came from elsewhere, “Assume you’re going to get COVID.” Despite that warning, Strickland found herself frequently lowering her mask to comfort people facing death.

“When a patient is fighting me because they want to leave, they’re old, they’re terrified, they don’t speak English — we were struggling to communicate,” Strickland recalls. “I thought, ‘This can’t be how they feel in the last hours of their lives.’”

“They needed to see my face. I would lower my mask and smile and talk, and they would calm down.”

Strickland figured that she’d gotten infected but just didn’t get sick. However, a blood test at the end of her New York stint revealed that she had no antibodies to the coronavirus (SARS-CoV-2), meaning that she had somehow avoided catching it.

Scientists want to know how.  Strickland is among hundreds of people in numerous countries who are enrolled in lab studies to determine if genetic anomalies have protected them from contracting the virus or neutralized it before it could make them sick. They include frontline health workers and people who interacted closely with COVID-stricken relatives at home.

“There are numerous examples of couples in which one partner got seriously ill, and the spouse was taking care of them yet did not get infected,” says András Spaan, MD, PhD, a clinical microbiologist at the St. Giles Laboratory of Human Genetics of Infectious Diseases at The Rockefeller University in New York.

If some of these so-called COVID virgins have genetic-based protections, can scientists learn from that phenomenon to protect others?

In 1994, immunology researchers in New York discovered a man with a biological condition that had been considered impossible: He was immune to AIDS, which had dodged all efforts to develop medications to block it. Stephen Crohn, a New York artist, had numerous HIV-positive sex partners, several of whom died from AIDS. But a rare mutation in one of his immune cells stopped the virus from binding on the cell and invading it.

AIDS remains one of the few viral diseases that can be stopped at the start by a mutation in a person’s genes. While genetic variations have been shown to increase susceptibility to noncommunicable diseases (such as sickle cell anemia, cystic fibrosis, and various cancers), and might contribute to catching some infectious diseases, the flip side — genetic-based protection against infection — appears very rarely.

Aside from warding off HIV, genetic variations have been shown to block some strains of viruses that cause norovirus and malaria. In most cases, the genes affect receptors that the viruses must latch onto in a cell, rendering them difficult for the viruses to bind to.

“It’s like the door [to the cell] is closed,” says Lisa Arkin, MD, director of pediatric dermatology at the University of Wisconsin-Madison School of Medicine and Public Health (UWSMPH).

Scientists learned early in the pandemic that genes also can affect someone’s response to SARS-CoV-2. Studies of severely ill patients found that many of them shared genetic variations that might have made them especially susceptible to the disease’s progression. For example, a study led by scientists at The Rockefeller University and Necker Hospital for Sick Children in Paris concluded that 1% to 5% of critical pneumonia cases set off by COVID-19 could be explained by genetic mutations that reduce the production of type 1 interferons — a system of proteins that help the body’s immune system fight off viral infections.

“It’s clear that genetics play a role in terms of your risk of developing a more severe form of the disease,” says researcher Noam Beckmann, PhD, associate director of data science strategy at The Charles Bronfman Institute for Personalized Medicine at the Icahn School of Medicine at Mount Sinai (ISMMS).

With that knowledge, a team of researchers at ISMMS and New York University (NYU) went looking for another genetic-based effect: immunity. As explained in their lab study, they used CRISPR genome editing technology to disable the 20,000 genes in human lung cells, then exposed the cells to SARS-CoV-2 and watched what happened.

“What you select for is what cells don’t die,” says one of the researchers, Benjamin tenOever, PhD, director of the Virus Engineering Center for Therapeutics and Research at ISMMS. The cells’ survival means they don’t have something that the virus needs to infect them.

The missing element appeared to be a virus receptor: The surviving cells had a mutated form of a gene that produces a receptor called ACE2. In the COVID-resistant cells, the receptor was inside the cell, rather than outside, making it impossible for SAR-CoV-2 to attach to it.

Such findings have spurred the study of people who appear to have stayed free of COVID-19 despite high risks, such as repeated exposures and weak immune systems. Many of the projects are part of or aligned with the COVID Human Genetic Effort (COVID HGE), an international consortium of scientists in more than 150 countries who are conducting myriad projects to look for genetic factors for immunity to infection, as well as the absence of symptoms after infection.

The consortium has drawn applications from more than 15,000 people, and reports more than 700 enrolled so far. (Participants provide saliva samples to the various labs involved.)

Although scientists are examining the role of receptors, Spaan stresses that they are looking at the impact of genes on the entire cycle of SARS-CoV-2 infection and disease development. One disorder being investigated is called “COVID toes” — a phenomenon whereby some people exposed to the virus develop red or purple rashes on their toes, often with swelling and blisters.

As the pandemic spread in Madison, Wisconsin, in 2020-21, dermatology clinics were inundated with young patients with tender, purple toes — an affliction called chilblains. Arkin, the pediatric dermatologist at UWSMPH, says doctors wondered if the children had COVID toes. They discovered that many of the children did have significant exposure to the disease, such as living with family members who had it, yet the vast majority of them tested negative for the virus.

The doctors connected some dots. Arkin explains that some young children who get chilblains have a rare genetic mutation that sets off a robust release of type I interferon in response to infections. While this is a normal immune response to infection, it is meant to shut down quickly. In children with rare genetic variants that produce chilblains, the excessive interferon does not shut down normally. The resulting problems include inflammation in the patients’ fingers and toes.

Interferon is also a critical component in the earliest immune response to SARS-CoV-2. The researchers’ hypothesis, as explained in a 2021 article in the Journal of Investigative Dermatology: The early interferon response kills the virus before the person produces antibodies to attack it. That’s why the children tested negative for the virus. But the interferon response persists for longer in the skin, producing chilblains.

Almost 200 children are now enrolled in a study to test the theory, as part of the COVID HGE, Arkin says. She recognizes the difficulties of nailing down the link to COVID-19.

“Ninety-five percent of the time they [the patients] test negative for SARS,” she notes. “So the question is, how can you prove that this is from COVID? It’s been really, really tricky to sort out.”

One article suggested that the children got chilblains from “prolonged barefoot exposure on cold floors” while they were stuck at home during pandemic-related lockdowns. That points to a conundrum facing the studies of genetics and COVID-19: Many confounding factors can contribute to the absence of disease symptoms in people who were significantly exposed. These include their overall health, how much of the virus was shed by COVID-stricken people around them, and the strength of their immune systems.

Even if genes do contribute to immunity, the protection might depend on a fortuitous combination of factors, including variations in other genes as well. A study of 86 couples in Brazil — in which one partner developed severe COVID-19, the other showed no symptoms, and they shared bedrooms — concluded that a genetic mutation along with other traits (including adaptive immune responses) might have reduced infection susceptibility and resistance in some of the spouses.

A final twist is that genetic protection might apply only to certain variants of the virus. In one of the genetic studies, tenOever says, “a significant number” of the initial participants were later infected by the omicron variant.

If genetic variations can make people immune or resistant to COVID-19, it remains to be seen how that knowledge can be used to create population-level protection. After all, while the discovery nearly three decades ago that some people have genetic immunity to HIV helped scientists develop post-infection treatments, there is still no vaccine to prevent infection.

Neville Sanjana, PhD, an assistant professor of biology at NYU who worked on the study that used CRISPR to find genetic mutations that thwart SARS-CoV-2, observed, “You’re not going to go in and CRISPR-edit people’s genes” to shield them from the virus.

Sanjana believes drugs can be developed to inhibit genes from carrying out certain functions, like creating the receptors that SARS-CoV-2 binds to. Such an approach, however, would probably be used only for people at high risk of getting very sick from COVID-19, such as people with cancer or immune disorders. Sanjana points out that genes exist to serve critical functions, and disabling any of those functions creates risks for unintended harmful consequences.

The more likely route, he and other researchers say, is using genetic findings to develop treatments for people after they’re infected, as happened with AIDS.

“Genetics can enable us to dichotomize the population into who’s more likely [to develop a severe case of COVID-19] and who’s not,” says Beckmann at ISMMS.

That could help doctors quickly apply the most appropriate treatments early in an infection.

Beckmann believes that genetic variations can be especially helpful in indicating who might be likely to develop long COVID, in which symptoms persist and even worsen for weeks or months after someone survives the disease.

“You don’t want to wait until the person has long COVID to prevent long COVID,” Beckmann says.

Back home in North Carolina, Strickland keeps testing negative for the virus, even after both of her sons contracted it. She hopes that the COVID HGE study she’s enrolled in finds that she has genetic immunity, not so much for herself (she knows she might be vulnerable to new variants) as for science.

“I’m hopeful that whatever they find out can lead to treatments and prevention,” she says.