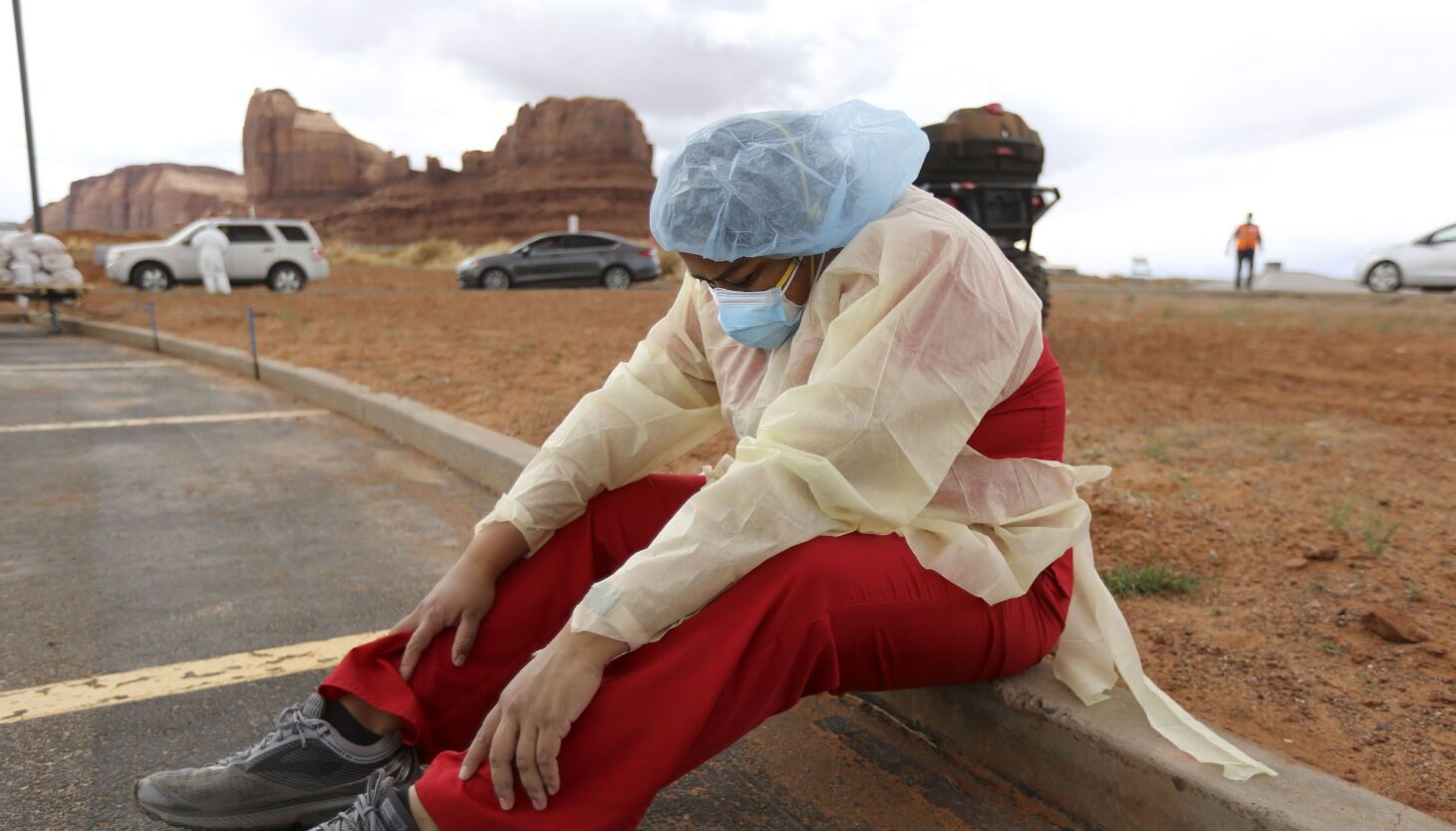 The Navajo Nation has largely ended one of the longest-standing mask mandates in the United States, put in place shortly after the start of the COVID-19 pandemic nearly three years ago.

Masks will no longer be required in public throughout the Navajo Nation’s more than 17 million acres that stretch across Arizona, Utah and New Mexico, including a number of tourist destinations.

But the order still mandates that masks be worn at early childhood education facilities, primary and secondary schools, nursing homes and health care facilities, as well as by anyone who has COVID-19 symptoms, tests positive or has been exposed to the virus.

“It’s time for the Navajo people to get back to work,” the Utah-born Nygren said. “It’s time for them to be able to open their chapter houses to conduct local business and to receive services they are asking for and deserve.”

He said it’s up to individuals now to continue preventative measures, including being vaccinated against the virus.

“Be responsible,” Nygren said. “Mask up if you’ve tested positive. Mask up and take a rapid test if you notice symptoms or suspect you’ve been exposed. We, as a Nation, are much more aware and much more prepared than in April 2020.”

The Navajo Nation is currently classified at low risk for COVID-19 based on hospitalizations as well as hospital capacity, according to the order, which also said there were 81 new cases of the virus in the past week.

“Was it a decision based on politics or the public health of the Navajo people? The reason why the COVID numbers have been relatively low compared to regions around the Navajo Nation is largely due to the mask mandate,” Nez said in a series of tweets.

The former president also said it “raises many red flags” to lift the mask mandate in place for more than 1,000 days without releasing more data about the spread of the virus.

“I pray that the numbers of COVID, RSV, and flu cases do not rise, but the new administration needs to be held accountable if we see a surge in new infections, hospitalizations, and deaths,” Nez tweeted.

The Navajo Nation was initially among the hardest hit areas in the United States during the pandemic, struggling to contain COVID-19 in a place where many people don’t have access to running water.

But the spread was slowed dramatically, with some of the most severe restrictions in the country, including the mask mandates, weekend curfews, prohibiting public gatherings and shuttering businesses, getting much of the credit.

Still, the number of positive cases is higher in the Navajo region than any other Indian Health Service region, except for Oklahoma, The Associated Press reported. There have been a total of more than 2,000 COVID-19-related deaths in the Navajo Nation.