The newest member of the New York Yankees — Andrew Benintendi — was one of 10 Kansas City Royals to miss a July series in Toronto due to being unvaccinated against COVID-19.

Now that Benintendi is playing in the same division as the Toronto Blue Jays, the question of his vaccination status is top of mind. 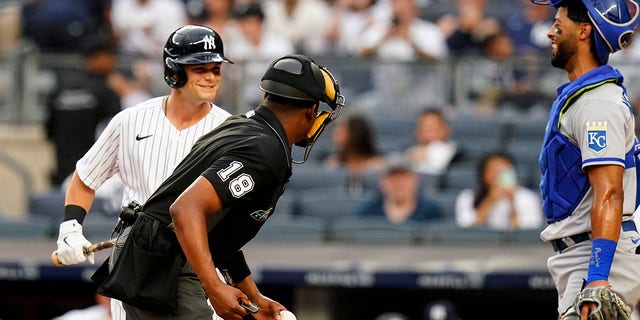 On Thursday, Benintendi told reporters that he was not made to agree to get vaccinated before being traded.

“Right now, you know, I’m still positioned in the same spot. I’m open-minded about it,” Benintendi said. “I’m not against it, but time will tell as we get closer, but for now I’m just focused on getting here, getting comfortable, getting to know the guys and winning baseball games.” 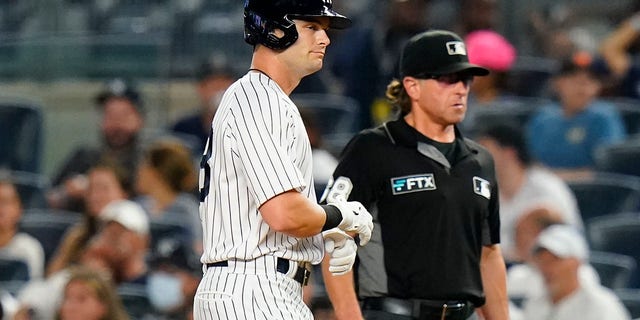 Benintendi reacts after hitting a flyout during the ninth inning of the game against the Kansas City Royals in New York on Thursday, July 28, 2022. ( AP Photo/Frank Franklin II)

In order for Major League Baseball players to enter Canada, they must be vaccinated against COVID-19.

New York still has seven games remaining on their schedule against the Blue Jays, including a three-game series in Toronto at the end of September.

“We’ll cross that bridge if and when we have to, but I have not had that conversation,” Yankees manager Aaron Boone said.

Benintendi was acquired by the first-place Yankees on Wednesday for three pitching prospects, adding another bat to the lineup as the team gets closer to October. 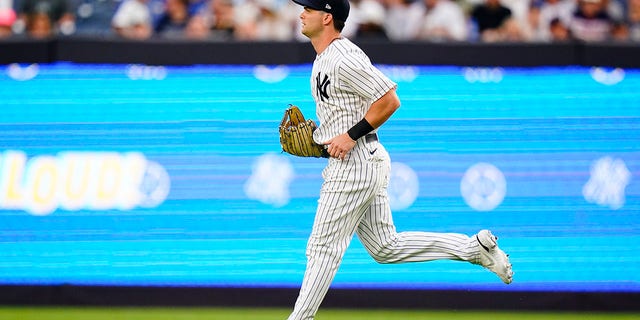 “I’m more valuable as a guy who can get on base at a higher clip and hit for a higher average and maybe sacrifice a little power,” Benintendi said Thursday. “But obviously in this lineup… It’s crazy. I just have to essentially get on first base, it seems like. And everybody on this team can hit bombs. I’m excited to just keep doing what I’ve been doing and, like I said, help the team in any way I can.”

Benintendi started in left field in his Yankees debut against the Royals on Thursday night, going 0-4 at the plate. He is having one of his best years as a professional, batting .316 with 111 hits and 39 RBIs thus far and making his first All-Star team.

Joe Morgan is a Sports Reporter for Fox News.